Game of Thrones returns to Winterfell for this week's filming | Watchers on the Wall | A Game of Thrones Community for Breaking News, Casting, and Commentary 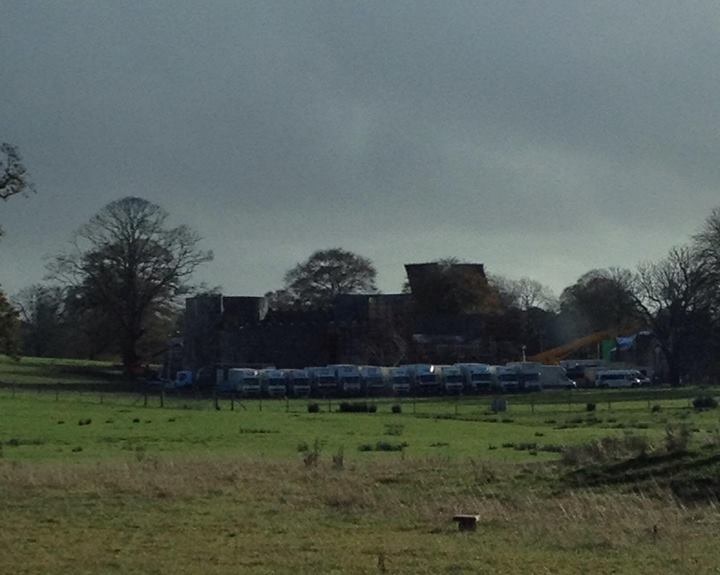 Busy days have come to Moneyglass, Northern Ireland once again, as the Winterfell set in the village has sprung to life. Trucks and trailers have filled up the lots around the set, and it appears production is well under way.

We broke the news exclusively on Monday of an exciting scene being rehearsed and then shot sometime this week involving Winterfell and a few leading cast members. (Visit our earlier post for complete details and seriously huge spoilers!)

Actor spoilers beyond this point:

Reportedly part of the big scene, according to our sources, is Sophie Turner.

Not long after a WotW reader mentioned spotting her at London’s Heathrow Airport on Monday, the actress shared a photo of her reunited with co-star Maisie Williams:

There’s no word yet whether Aidan Gillen, Iwan Rheon or Kit Harington have arrived in Belfast to join Turner at the location. As of Monday, Harington was still in London, but it’s only a short flight to Belfast.