Game of Thrones returns to the Alcázar and the Roman bridge of Córdoba | Watchers on the Wall | A Game of Thrones Community for Breaking News, Casting, and Commentary 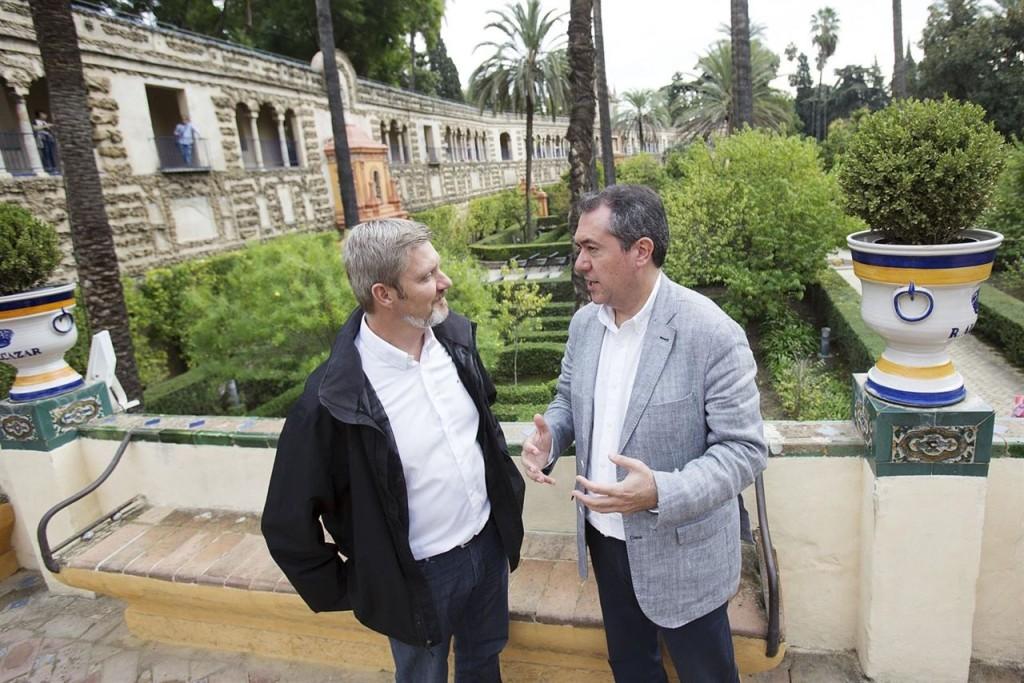 Shooting in Spain with the stars of Game of Thrones wrapped last week, but over the weekend, a little extra filming happened in the country. We also have some Northern Ireland updates today.

Europa Press reports that filming around the Alcázar of Seville occurred October 23-24th, for more footage to be used in creating Dorne in season 6. However, no actors were present for the shooting. EP‘s sources say Dorne will have an at least equal presence in next season, compared to last year’s Dornish time.

We’ll be seeing the Long Bridge of Volantis in season 6 as well, based on other reports. According to Cordopolis.es, additional shooting without actors was done at the Roman Bridge in Córdoba yesterday. The same site was used to create the Long Bridge for season 5. Drones were used this weekend to take aerial footage of the bridge.

Thanks to Los Siete Reinos for the heads up on the weekend filming!

And in Northern Ireland filming news:

Pink GOT signs are surfacing around Shane’s Castle again. The castle located near Randalstown, Country Antrim has served as a location for Game of Thrones many times. Notably, its cellars served as the simple sept where the High Sparrow confronted Cersei in season 5. There was activity spotted at the castle back in August.

Local sources tell us the signs are still in place around the Mongeyglass set as well, where Winterfell’s exterior stands. Yesterday a fan shared a photo on Twitter, after spotting work being done on the set.

On drive home from Belfast today I stumbled across this castle set being built for Game of Thrones. Cool spot. pic.twitter.com/Fz27RuhwEp

Director Daniel Sackeim is back in Belfast. He shared a photo of the H&W cranes, in the shipyard that shares space with Titanic Studios and Game of Thrones filming areas.

Also in Northern Ireland at the moment is actor Daniel Portman, who took a tour of the Bushmills Distillery and visited the Giant’s Causeway, both located in County Antrim.

Great tasting today at @BushmillsGlobal – thanks for the insight @markuscondren – had a great laugh! pic.twitter.com/5Ajh8wtBuv

It’s not known if the actor was filming at the moment, though it’s rare for non-local actors to swing by N. Ireland if they aren’t shooting Game of Thrones.