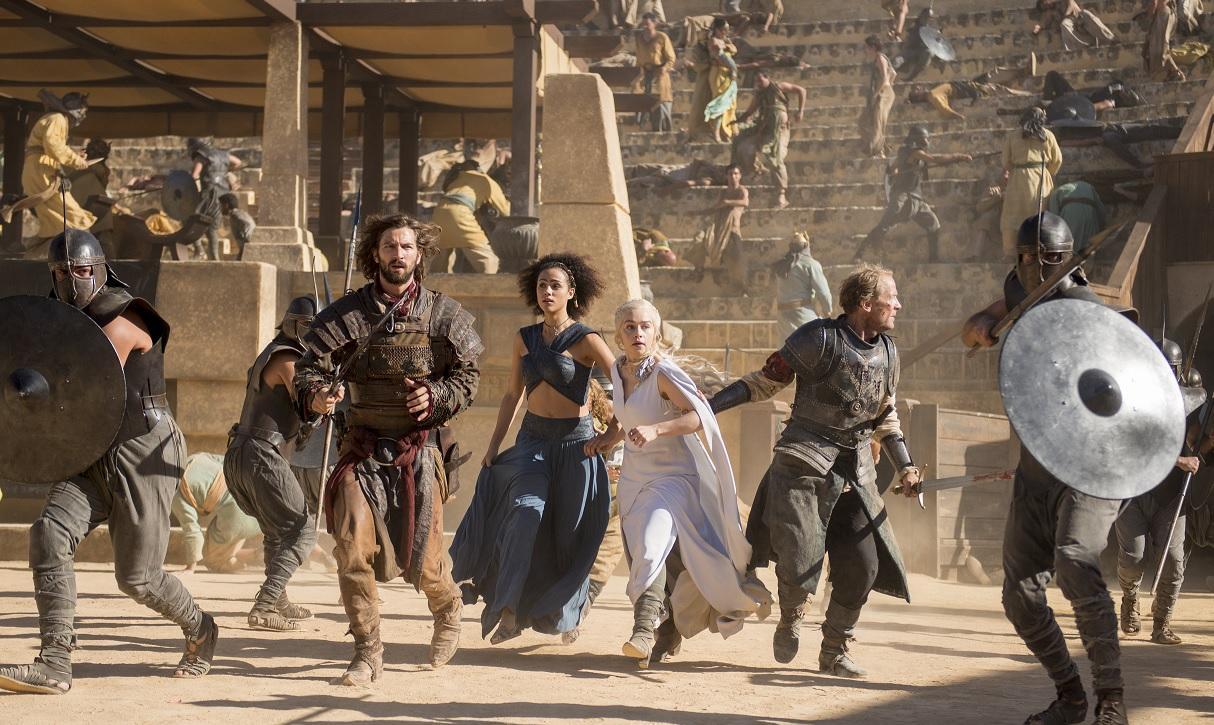 The year-end accolades have begun! The cast of Game of Thrones has been named to Entertainment Weekly‘s 2015 Entertainers of the Year list.

“There are so many ways this show could have died in the crib, but the most likely killer would have been the cast,” executive producers David Benioff and D.B. Weiss tell EW. “It’s difficult enough to find a single actor who is perfect for a single role, and more difficult still to find, say, five ideal actors. But to find 30, 40, or more? The odds against that are astronomical.”

Given the debates and controversies over season 5, it should be interesting to see how many end of the year Best-Of lists Game of Thrones lands on this year. The Emmys (awarded by the Academy of Television Arts & Sciences) don’t always line up with the opinions of critics.

In other news, Emilia Clarke shared this photo on Instagram yesterday, of a Daenerys-wig-in-progress, along with a furry friend.

It looks like Dean-Charles Chapman finished up his filming this week and headed out of Belfast. With season 6 filming ending completely within a few weeks, we can expect fewer sightings and trips for the actors.

In line with our report from last week, Game of Thrones has been busy filming again out at Banbridge’s Linen Mill Studios. The Northern Irish night sky has been lit up by filming.

Either they're filming #GameOfThrones again or aliens have landed in rural County Down… pic.twitter.com/iLv4fv4Aru

Given that Linen Mill Studios houses several sets and can handle multiple filming units one time, it’s difficult to guess what they’re up to at the moment. Not only do they have the studios, but the exterior Riverrun set built this year is also located at this site. Last week, a local source told us that more shooting would be done at the Riverrun set there in Corbet-Banbridge this week involving a huge amount of people.

Rumors have been flying as to what is being shot this week, but I’d urge caution in making assumptions since more than one storyline can be filmed there at the moment, as was the case in October.

IrishThrones has reported this rumor today:

S6 Locale Corbet, Banbridge Ireland. Kristian Nairn (Hodor) 1 of the actors on location this week along with…..WHITE WALKERS and Wildlings

Nairn did make a public Facebook post from Banbridge two days ago. Given the multiple studios and outside sets, however, I wouldn’t assume that Nairn is necessarily involved with any one other storyline/character. There’s a great deal of confusion involved with the Banbridge filming so until we hear more solid info, proceed with caution.