Game of Thrones: Post-Mortem of “Unbowed, Unbent, Unbroken" | Watchers on the Wall | A Game of Thrones Community for Breaking News, Casting, and Commentary 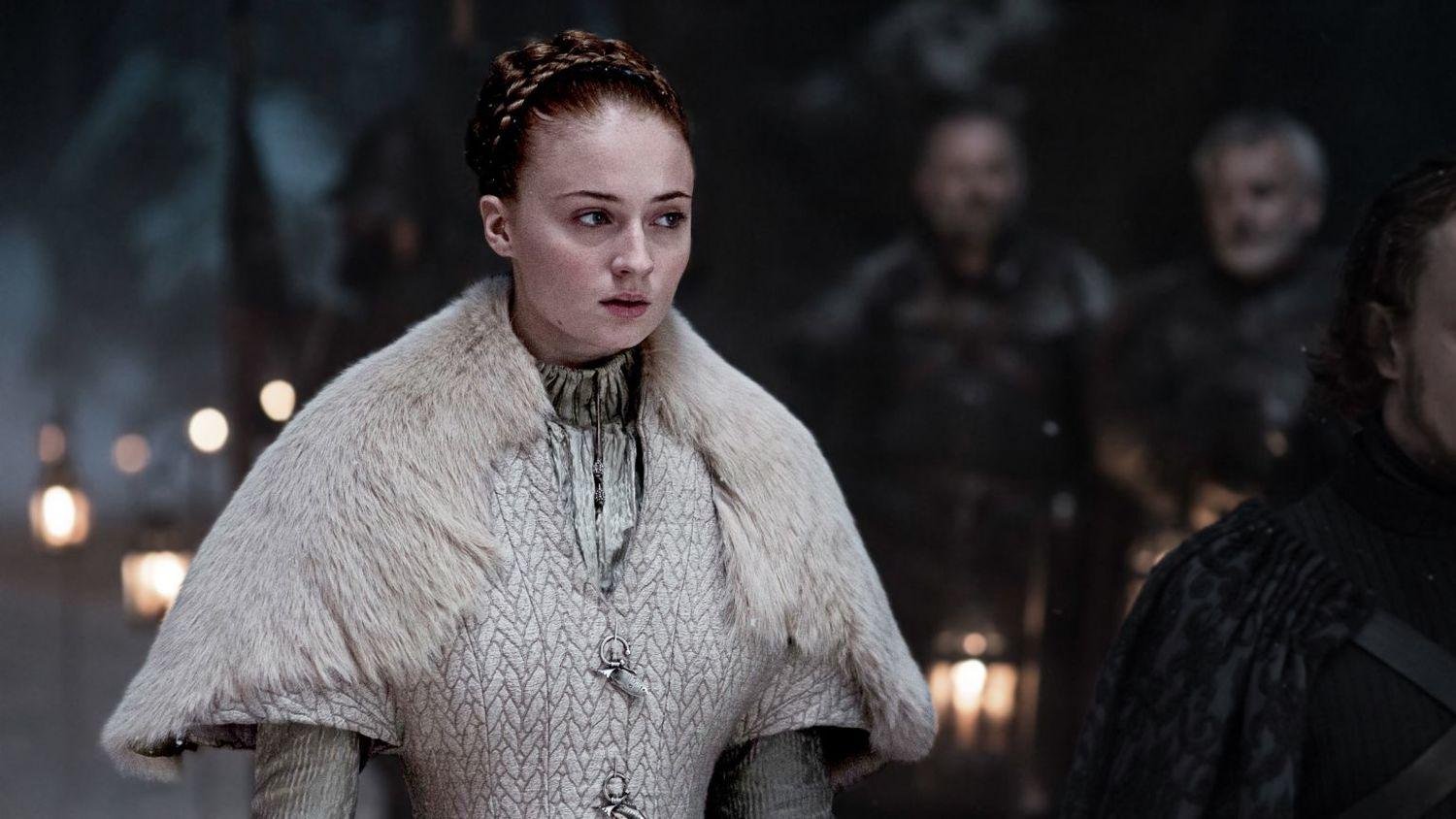 The internet has basically exploded with the latest Game of Thrones episode, most of the discussion centered around the wedding of Sansa Stark and Ramsay Bolton, and the ugly scene that followed.

When I read that scene, I kinda loved it. I love the way Ramsay had Theon watching. It was all so messed up. It’s also so daunting for me to do it. I’ve been making [producer Bryan Cogman] feel so bad for writing that scene: “I can’t believe you’re doing this to me!” But I secretly loved it.

When discussing Sansa’s Winterfell arc this season as a whole, the actress says:

I love the fact she’s back home reclaiming what’s hers. But at the same time she’s being held prisoner in her own home. When I got the scripts, it was bit like, dude, I felt so bad for her. But I also felt excited because it was so sick, and being reunited with Theon too, and seeing how their relationship plays out. Theon’s a member of the Stark clan but she thinks he totally betrayed and killed her brothers. It’s a messed-up relationship between them.

Turner says a lot more about last night’s episode, and Ramsay and Theon, so check out the full article at EW.

“This isn’t a timid little girl walking into a wedding night with Joffrey. This is a hardened woman making a choice and she sees this as the way to get back her homeland. Sansa has a wedding night in the sense she never thought she would with one of the monsters of the show. It’s pretty intense and awful and the character will have to deal with it.”

In the interview Cogman also confirms that Littlefinger was unaware of Ramsay’s true nature.

The difference between the Ramsay Snow of the books and the show is the Ramsay of the show is not a famous psycho. […] He’s not known everywhere as a psycho. So Littlefinger doesn’t have the intelligence on him. He knows they’re scary and creepy and not to be folly [sic] trusted and it’s part of a larger plan.

Visit EW for the rest of Cogman’s comments on Sansa and Theon.

UPDATE: Bryan Cogman has clarified on Twitter his remark about Sansa “making a choice.”

“Hi all. Not going to comment further but I do want to clarify something from the @EW interview that was conducted on set a few months ago: The ‘choice’ I was referring to was Sansa’s choice to marry Ramsay and walk into that room. She feels marrying him is a vital step in reclaiming her homeland. Not trying to change anyone’s opinion of the scene (negative or otherwise) but that it what I was … Ok, LAST last word. In NO WAY… NO WAY was that comment an attempt to ‘blame the victim.’ If it seemed that way I’m deeply sorry.”

James Hibberd at Entertainment Weekly adds,“I have zero doubt that Cogman meant exactly what he says he meant, especially since his comments on the set came on the heels of us talking about the reasons Sansa was paired with Ramsay in the first place (that interview was published separately, weeks ago).” 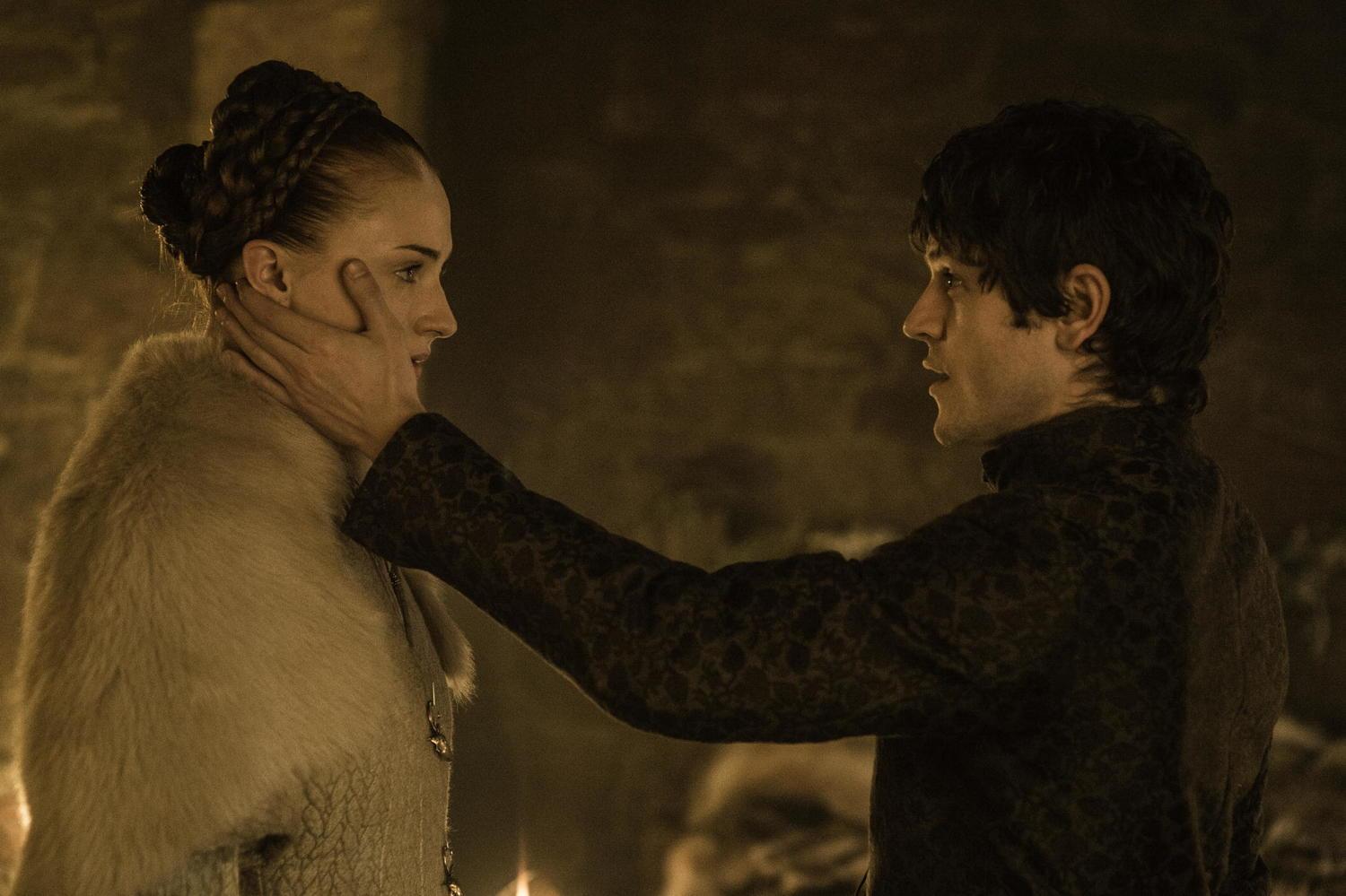 On the question of Ramsay’s promise to not hurt Sansa, Rheon confirms Ramsay was just plain pretending:

You shouldn’t really listen to Ramsay, especially when he’s trying to dupe someone. I think that’s one of the most interesting things about him, the way he’s so good at manipulation, and he’s a fantastic actor. He’s better than me. [Laughs] He can slip in and out of different persona quite comfortably. You saw that right at the beginning, with his introduction in the show in season three.

And what does Rheon suggest for wedding gifts?

Head over to Vulture to read the rest of his thoughts about Ramsay’s situation with Roose and the new baby and Ramsay’s new bride.

There have been differences between the novels and the television show since the first episode of season one. And for just as long, I have been talking about the butterfly effect. Small changes lead to larger changes lead to huge changes. HBO is more than forty hours into the impossible and demanding task of adapting my lengthy (extremely) and complex (exceedingly) novels, with their layers of plots and subplots, their twists and contradictions and unreliable narrators, viewpoint shifts and ambiguities, and a cast of characters in the hundreds.

There has seldom been any TV series as faithful to its source material, by and large (if you doubt that, talk to the Harry Dresden fans, or readers of the Sookie Stackhouse novels, or the fans of the original WALKING DEAD comic books)… but the longer the show goes on, the bigger the butterflies become. And now we have reached the point where the beat of butterfly wings is stirring up storms, like the one presently engulfing my email.

David and Dan and Bryan and HBO are trying to make the best television series that they can.

And over here I am trying to write the best novels that I can.

And yes, more and more, they differ. Two roads diverging in the dark of the woods, I suppose… but all of us are still intending that at the end we will arrive at the same place.

In the meantime, we hope that the readers and viewers both enjoy the journey. Or journeys, as the case may be. Sometimes butterflies grow into dragons.

In this week’s Inside the Episode, David Benioff and D.B. Weiss discuss Jorah learning of his father’s death, Littlefinger’s ambitions, the marital alliances of season 5, and Jaime’s failed rescue.

Tom Wlaschiha, Maisie Williams, and more talk about the House of Black and White and the Hall of Faces, a combination of sets and visual effects.

George R.R. Martin shares some info on Arya’s training with the game of lies and the Hall of Faces.