Game of Thrones: Post-Mortem of "Kill the Boy" | Watchers on the Wall | A Game of Thrones Community for Breaking News, Casting, and Commentary 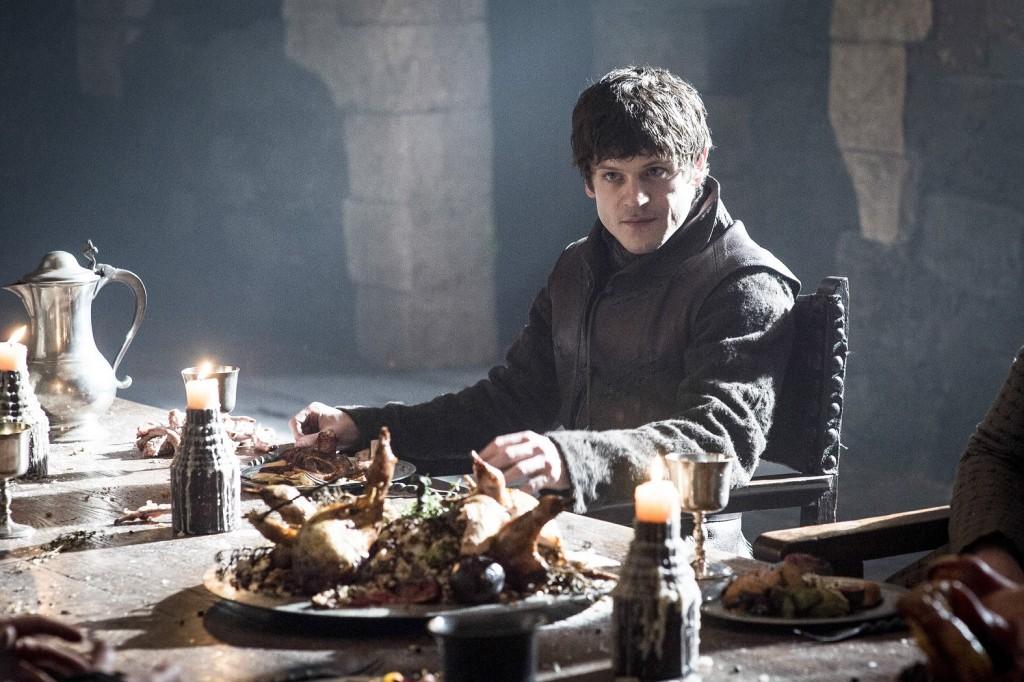 In “Kill the Boy,” we spent quality time with Reek and the Boltons, and Jorah Mormont ran into new dangers on his journey up the river with his captive. The actors who play them- Alfie Allen, Iwan Rheon, and Iain Glen- are among the highlights today in our day-after post-mortem of Game of Thrones, along with the weekly bonus videos.

In last night’s episode, Jorah Mormont survived an attack from the Stone Men only to find that he’s contracted the highly contagious disease greyscale. Iain Glen talks to Entertainment Weekly about this turn of events.

In the interview, Glen acknowledges that it doesn’t look good for Jorah,  but “People have died from it and they have been saved from it. So who knows? It’s a slow burn, greyscale, and there are ways to intervene.”

On Mormont’s change of scenery this season he says, “It’s a very different journey this year to being constantly attached to Daenerys – which I’ve loved, but I’m enjoying the freedom of playing different scenes away from her as I’m working my way back toward her.” Working with Peter Dinklage sounds like a breeze though- Glen says, “There’s nothing complicated or difficult about Peter,” and calls him “a lovely guy.”

Check out the full interview at EW.

I think he probably feels he deserves it but it’s an amazing thing that happened to him. It’s similar to Jon Snow’s situation, wanting that name for so long, so it’s a huge moment to get the respect that his father gives him for capturing Moat Cailin. He knows that raises his status in the world; he’s clever enough to realize he’ll be Warden of the North when Roose Bolton dies and that’s massive. This whole thing has elevated him and he wants his father to trust him and to bring him in because he’s got a lot of ideas.

Rheon also shares his reaction to Roose telling the tale of Ramsay’s conception:

I think it was roughly what he thought had happened, but I thought it was interesting how his father spelled it out to drive his point home. He does want Ramsay to be his son. You have to understand, Roose needs to manipulate Ramsay a little bit. Whether he does expect he’ll get a son and that will be his heir, he still needs to keep Ramsay happy. But I think he means it: Ramsay is his son. He has proved himself to be useful. It is quite a touching moment. 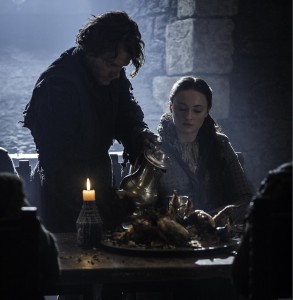 Alfie Allen answers the question of whether there’s any Theon left in Reek, over at the Hollywood Reporter:

Allen says, on the key to the kennel scene with Sansa:

It’s interesting to be with the dogs as a character, because that’s where he spends a lot of his time. In a way I try to let little mannerisms creep in. That particular scene is about the realization that this thing used to be Theon. I guess for me, the memory has been coming because he’s realized that she is there and that thing — Theon and Reek — is always ever changing.

In this week’s Inside the Episode, David Benioff and D.B. Weiss look back on Jon’s talk with Aemon, Roose’s motivations at the Bolton family dinner, and Tyrion and Jorah spotting Drogon in Valyria.

Emilia Clarke and Michiel Huisman discuss Dany’s choice to use force on the rich masters of Meereen.

The cast and crew take the audience behind the scenes to see the four-hour makeup process and careful coordination involved in creating the Stone Men scene.