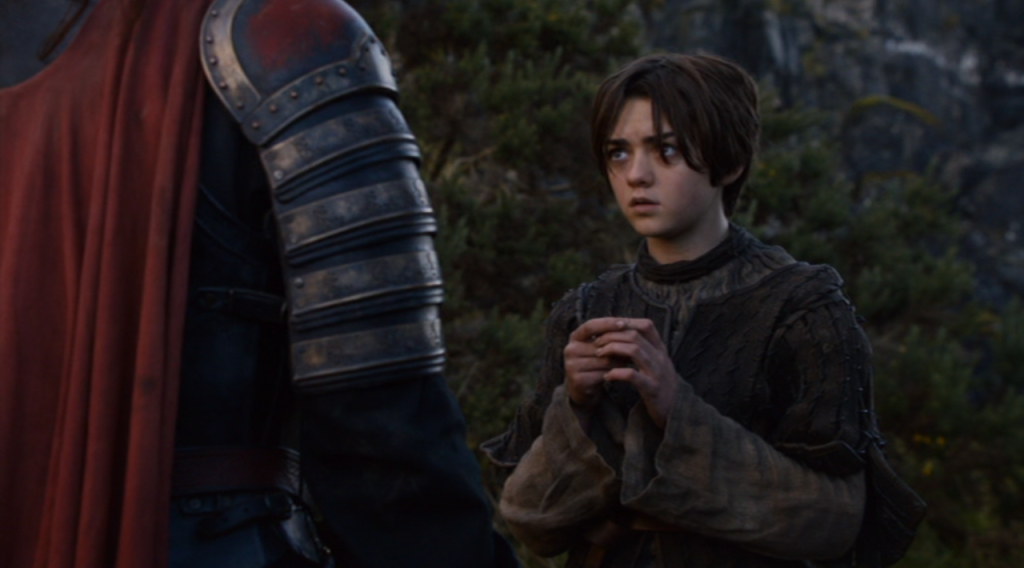 “Valar Morghulis,” written by David Benioff and D.B. Weiss and directed by Alan Taylor, wraps up Game of Thrones season 2’s many storylines in a satisfactory (or else deliberately unsatisfactory) manner. Having watched all the way through season 5, however, it’s also fair to call “Valar Morghulis” a compilation of retrospectively excruciating scenes that leaves one shouting advice to the characters on screen.

This gif comes to mind repeatedly. 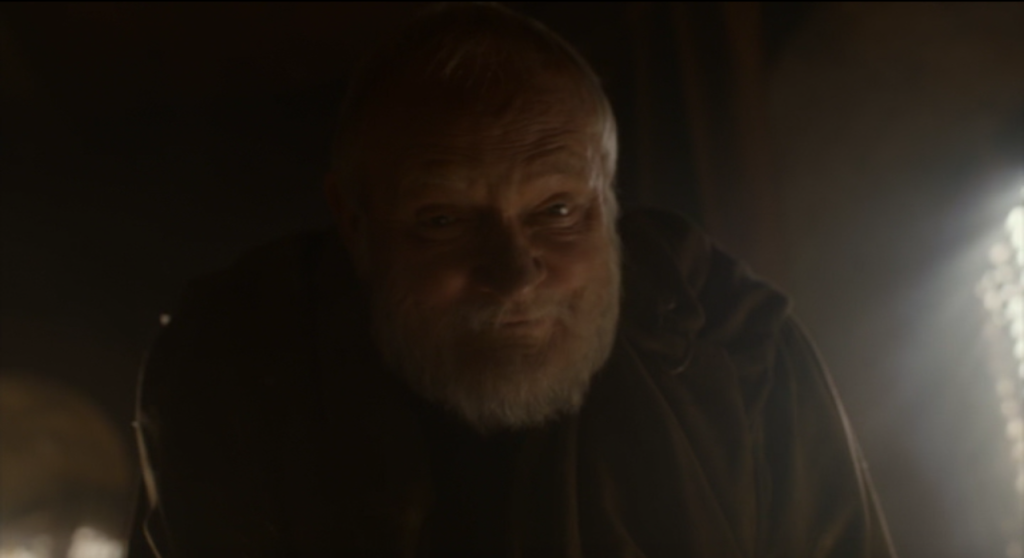 … and quickly learns that all the political footholds he acquired over the course of the season unraveled while he lay comatose in bed. Varys promises to remember his service to the city, even if the history books don’t, but Tyrion only finds true solace with Shae. She removes the bandages to reveal a hideous, grotesque red line across an otherwise unblemished face and reaffirms her commitment to him with their mantra, “I am yours and you are mine.” She holds him as he cries. It’s a tough scene to watch when you know where their relationship is going.

Brienne and Jaime continue their verbal sparring match but we also see Jaime’s first glimpse of grudging respect for Brienne as she makes short work of three Stark soldiers. I don’t have anything insightful to say about the scene, other than that their relationship at this stage reminds me of another duo I saw recently.

Anyone else pick up on this?

A sleep-deprived Theon Greyjoy, truly at the end of his rope, listens to the sounds of the Bolton siege outside as Maester Luwin wearily tries to advise him. 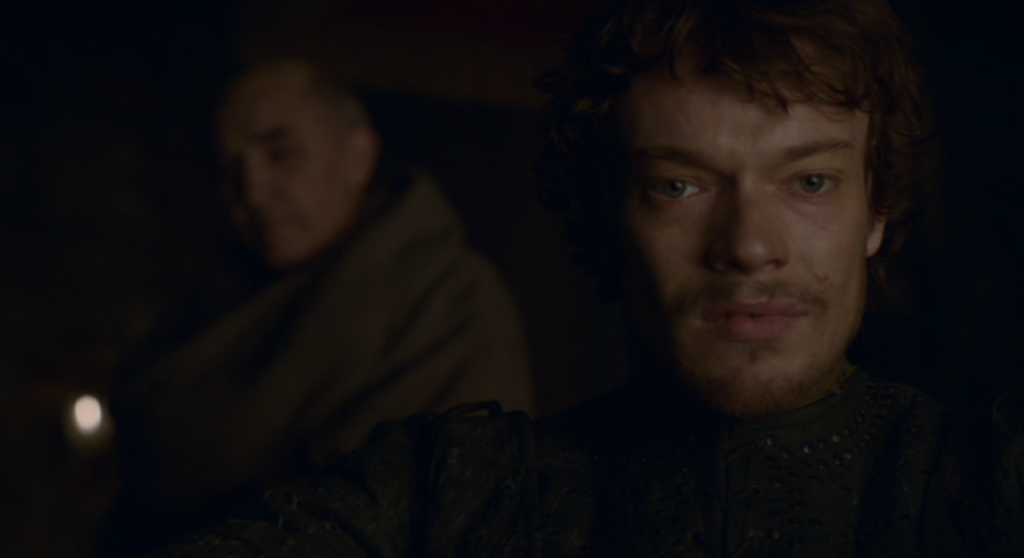 I should say, here, that it is with great restraint that I’m not dedicating this entire post to this scene. Because I love it. I love it so much. I love the lighting, I love the camera angles, I love the score, I love the acting and I love the writing. I. Love. Love. It.

Theon’s tight-lipped tirade when Maester Luwin reminds him how well Ned Stark treated him as a ward perfectly captures the impossible circumstances he’s grown up under.

He’s too much a Greyjoy to be a Stark and yet too much a Stark to be a Greyjoy. Alfie Allen has discussed this aspect of Theon’s conflict at length (start at 2:16).

“He has love, he has it in his heart, but that means he wants to be loved and he’s never really gotten it. Ned Stark’s probably put his arm around his shoulder at some point, but he’s never really taught him the right and wrong way of life, and apart from Ned he never really had a role model. That’s where the conflict comes in his mind, this mental torture happens because no one is telling him right from wrong. He’s crying out for someone to tell him what to do, and he never really gets it and that’s why he makes so many brash decisions.” – Alfie Allen, Interview with Westeros.org.

Luwin implores Theon to escape to the Wall, insisting that he’s not the man he’s pretending to be. Theon’s response is as poignant as it is incorrect:

You may be right, but I’ve come too far to pretend to be anything else.

In the courtyard, Theon gives his infamous Henry V/”Tonight we dine in Hell”/YOLO speech, during which he makes The Face. 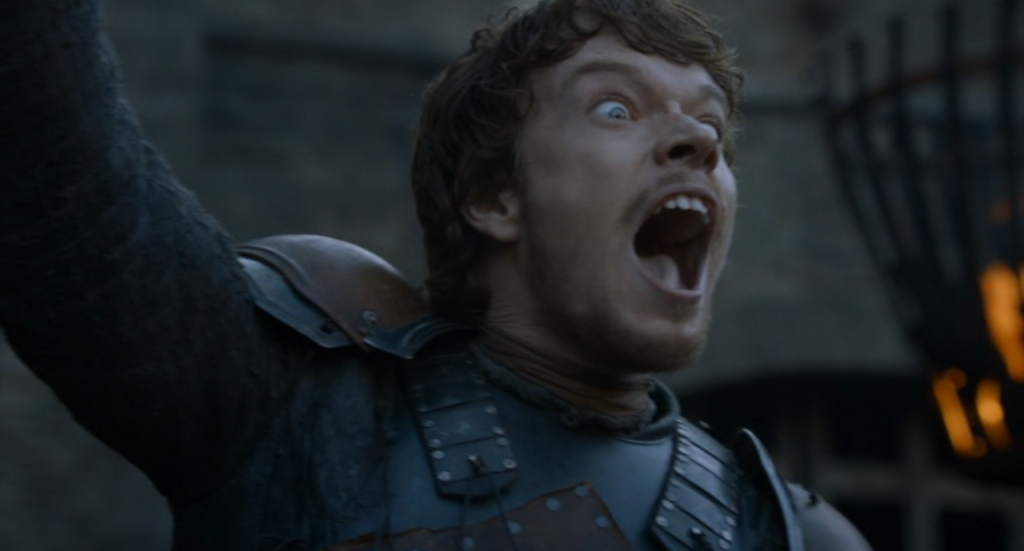 Halfway through his battle cry, Dagmer knocks him out and stabs Luwin when he tries to intervene. The ironborn drag Theon away to hand him over to the Boltons so that they can go home.

Thus one Theon Greyjoy character arc ends … and another begins.

Arya escapes Harrenhal and learns about the shape-shifting powers of the Faceless Men in Braavos. Jaqen invites her to come with him and, though, tempted, she refuses because she needs to take care of her family first. Jaqen hands her a coin and teaches her those famous words, “Valar Morghulis” – though we don’t find out what they mean just yet.

In the House of the Undying, Daenerys rejects visions of Khal Drogo and baby Rhaego in order to rescue her dragons. Now, I consider myself a pretty staunch Mirri Maz Duur apologist (yeah, I know I’m heartless but the last time I checked, stopping someone from taking over the world was a good-guy thing to do) but even I can’t deny the adorableness of baby Rhaego or the heartbreak as Daenerys turns away from Khal Drogo. (Trivia: the baby is played by the daughter of GoT’s principal stills photographer Helen Sloan.) 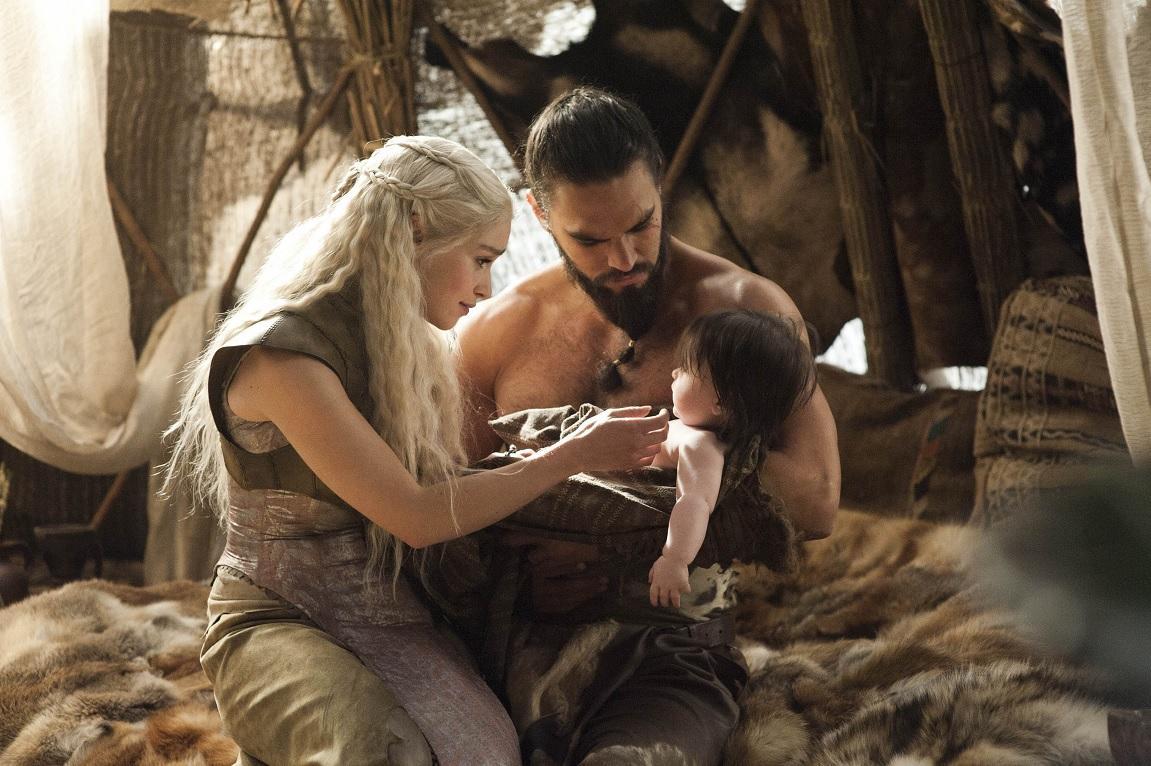 It’s a literalization of her mantra in the books, “If I look back, I am lost,” though maybe a better comparison would be to the Mirror of Erised from Harry Potter: an illusion so enticing you don’t care that it’s not real.

The season ends on a foreboding note as Sam, Grenn and Edd hear three blasts of the horn and run for it. Sam takes cover behind a rock and gets a look at a White Walker and an army of wights making their way slowly but surely towards the Wall. 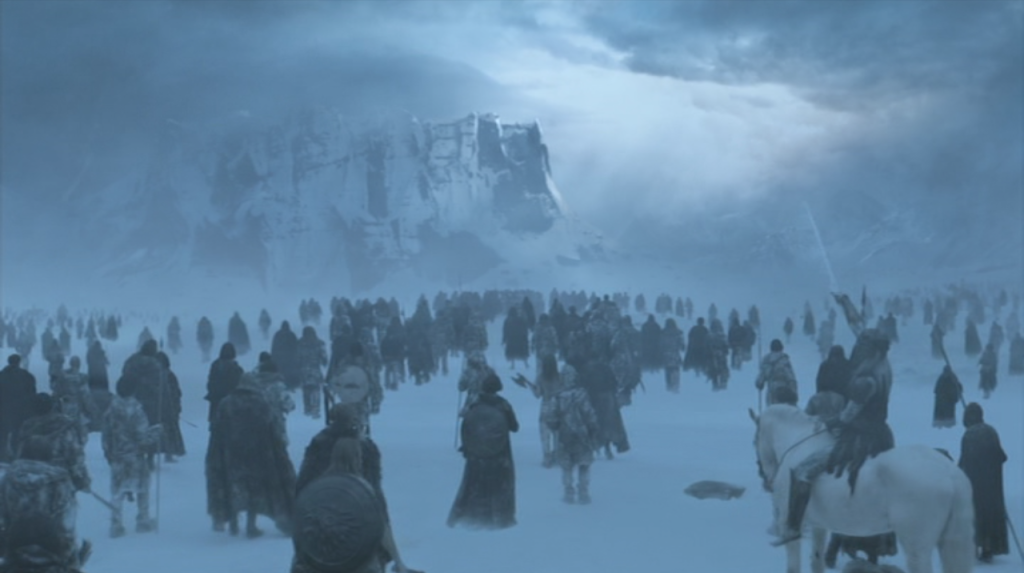 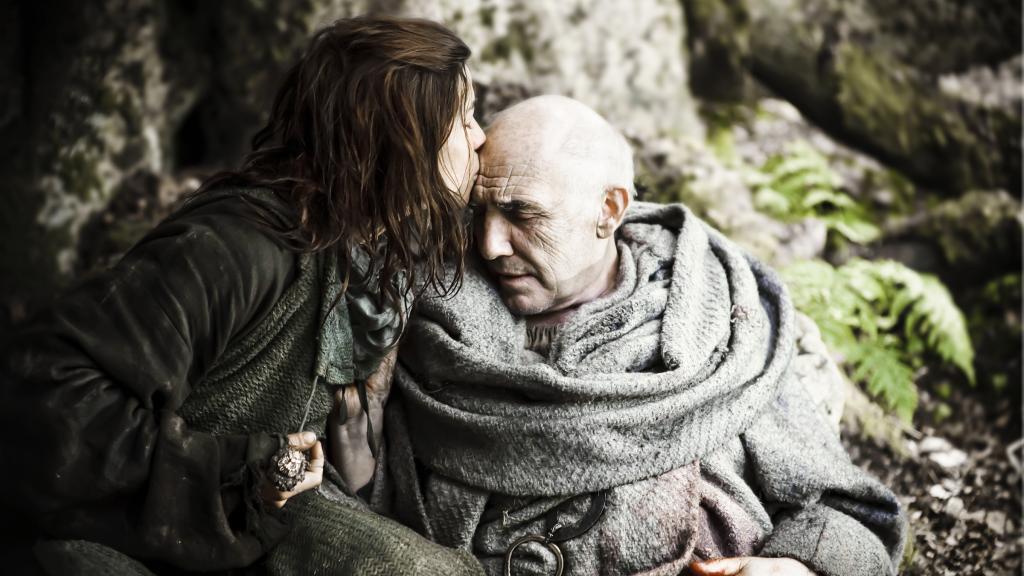 Maester Luwin to Bran and Rickon: “I pulled you into the world, both of you. I’ve seen both your faces almost every day since and for that I consider myself very … very lucky.”

Daenerys (about Xaro’s treasure): “Real enough to buy a ship?” Aw, she thinks she’s heading to Westeros in the near future … that’s so cute!

Catelyn to Robb: “Your father didn’t love me when we married. He hardly knew me or I him. Love didn’t just happen to us. We built is slowly over the years, stone by stone. For you. For your brothers and sisters. For all of us. It’s not as exciting as secret passion in the woods but it is stronger. It lasts longer.”

Varys to Tyrion: “There are many who know that without you this city faced certain defeat. The king won’t give you any honors. The history books won’t mention you. But we will not forget.”

Illusion!Khal Drogo: “Maybe I refused to enter the Night Lands with you. Maybe I told the Great Stallion to go fuck himself and came back here to wait for you.” 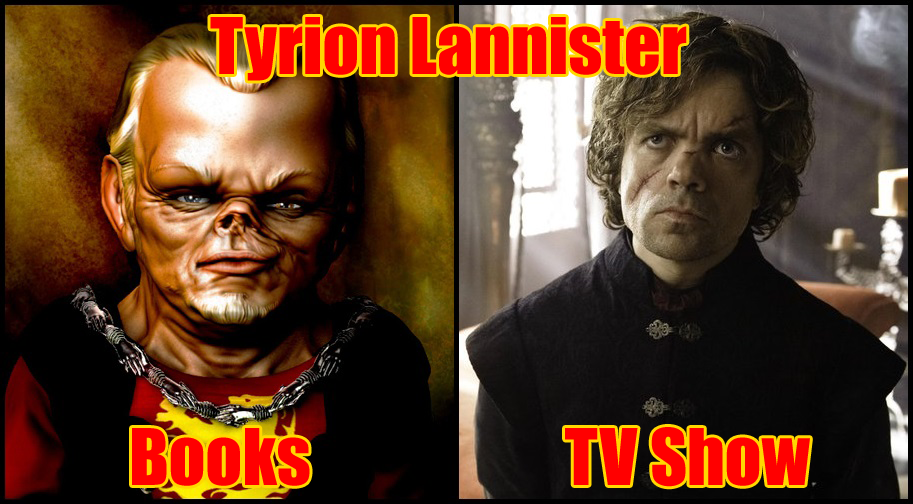 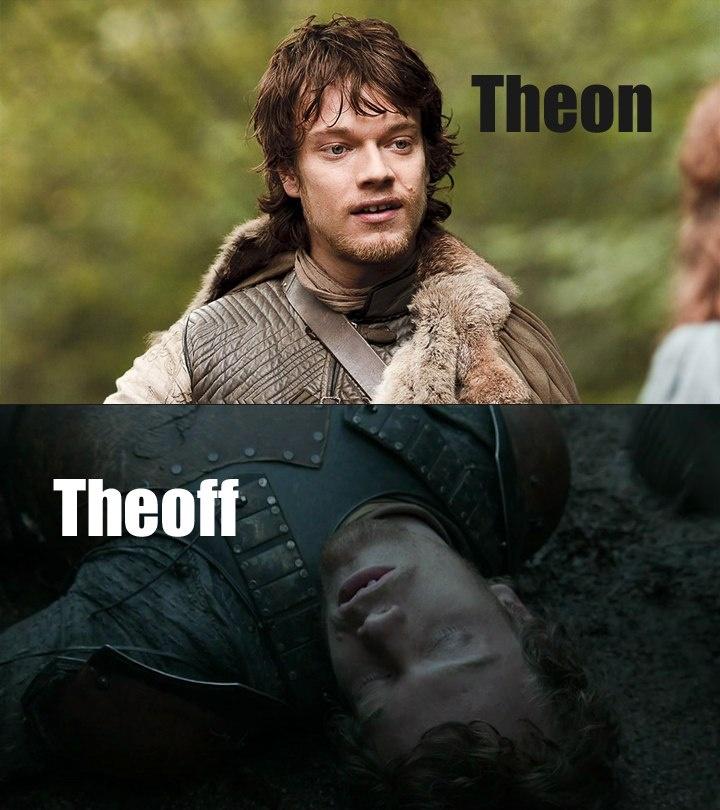 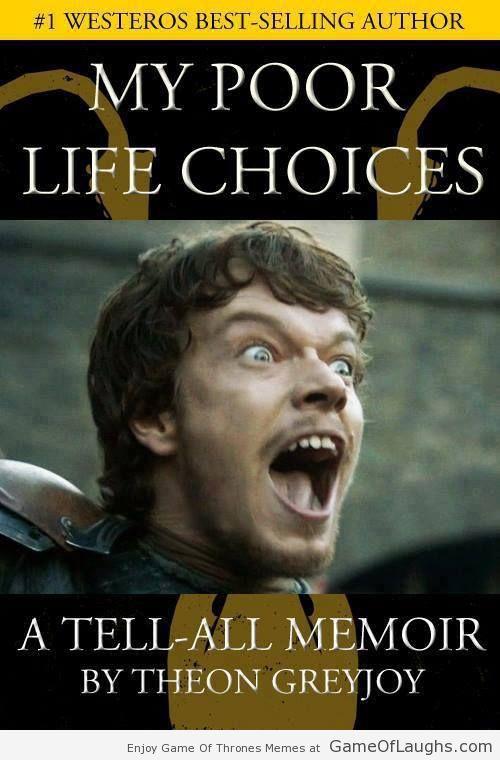 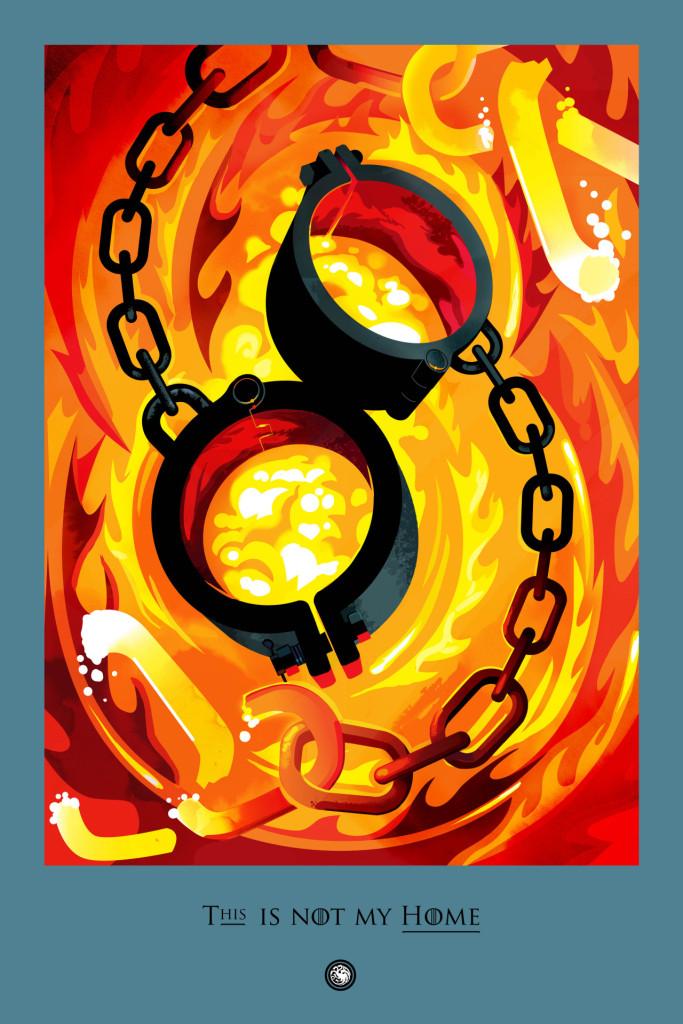