Game of Thrones launches campaign with the International Rescue Committee and offers fans the chance to attend the season 6 premiere | Watchers on the Wall | A Game of Thrones Community for Breaking News, Casting, and Commentary 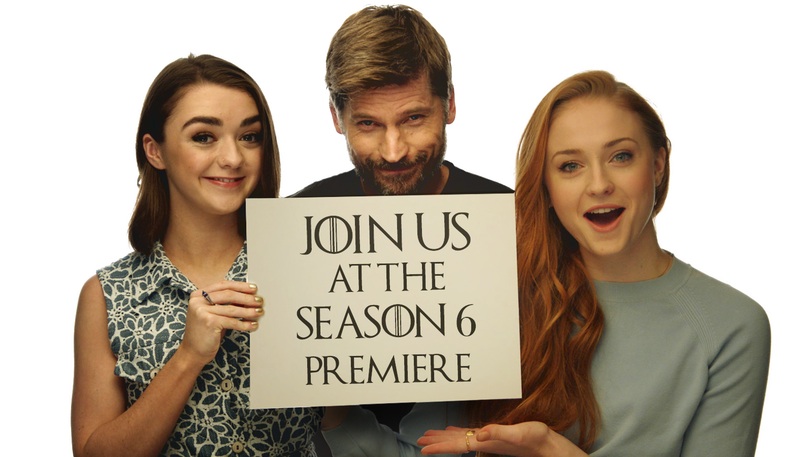 Game of Thrones and the International Rescue Committee have teamed up to launch the Rescue Has No Boundaries campaign to raise awareness and bring aid to the millions of refugees and displaced people around the world.

“We are currently facing the worst humanitarian crisis since World War II,” says David Miliband, the president and CEO of the International Rescue Committee. “Our partnership with HBO and Game of Thrones—which premiered around the same time the war in Syria began—hopes to galvanize the general public to take action and rise up for refugees.”

“Our longstanding support of the IRC comes from a deep respect for the humanitarian work they do and a fundamental understanding of their mission to get much needed relief to millions of refugees displaced throughout the world,” Richard Plepler, chairman & CEO of HBO, says in a statement released today. “On behalf of the HBO employees and talent associated with Game of Thrones who graciously donated their time and resources to this effort, we are honored to join the IRC in this partnership at a time of great need around the world.”

As part of the campaign, Game of Thrones is holding a lottery to offer fans the chance to attend the Game of Thrones season 6 premiere and after party in Los Angeles (flights and 4-star hotel expenses are included).  Entries are being accepted from March 13th through April 5th, for as little as a $10 donation to the cause. Enter on the Omaze website for the chance to win this amazing experience with the cast! Enter here to win.

Be sure to check out the Rescue Has No Boundaries page on Rescue.org to learn more about ways to help.