Game of Thrones interview round-up: Nikolaj on that duck plus Jonathan Pryce and Dean-Charles Chapman | Watchers on the Wall | A Game of Thrones Community for Breaking News, Casting, and Commentary 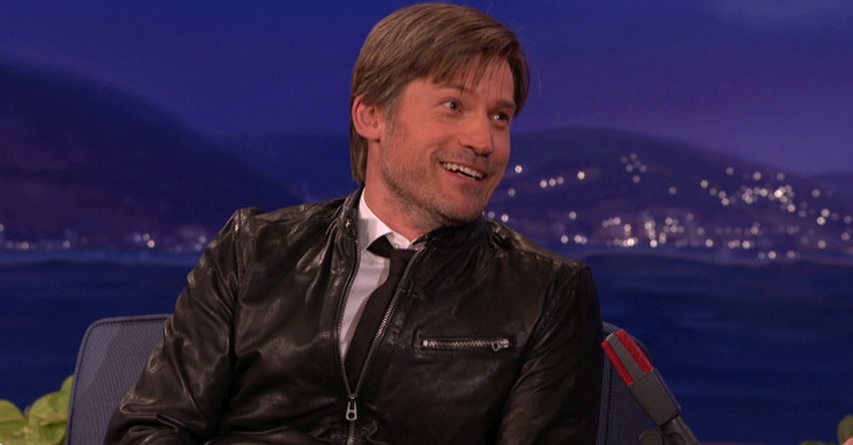 Nikolaj Coster-Waldau: the face of a man who has just trolled you hard

Nikolaj Coster-Waldau stopped by Conan to talk about the new season. In this first clip, Nikolaj talks Game of Thrones spoilers, and just what he was up to with that duck:

The second video shows Conan O’Brien discovering more than we ever wanted to know about Nikolaj’s digestive system.

Pryce says of his character the High Sparrow that he’s a “man of the people, he dressed in rags, he feed the poor, takes care of the poor. Yet he is this incredibly powerful figure who has the wherewithal to dispense justice against somebody – I won’t tell you who it is.”

Speculation as to what role he was offered? Perhaps he was offered the part of Grand Maester Pycelle after Roy Dotrice had to step down, post-pilot?

Ever since Margaery came into his bedroom, Tommen just loves her. […] In his eyes, she’s the most beautiful woman in the world. He never really had contact with a woman before, not even just talking to one. And it would kill him if he thought she was insincere. He’s really innocent to what’s going on around him, which is rare in Game of Thrones. He’s too young to know. He’s easily manipulated.

Chapman says that when it comes to his new wife Margaery and his mother Cersei, “Tommen’s going to have to choose. He’s going to be torn.”