Game of Thrones filmed a season 6 scene recently with 400 extras; Podeswa talks the new season and that fight scene in Dorne | Watchers on the Wall | A Game of Thrones Community for Breaking News, Casting, and Commentary 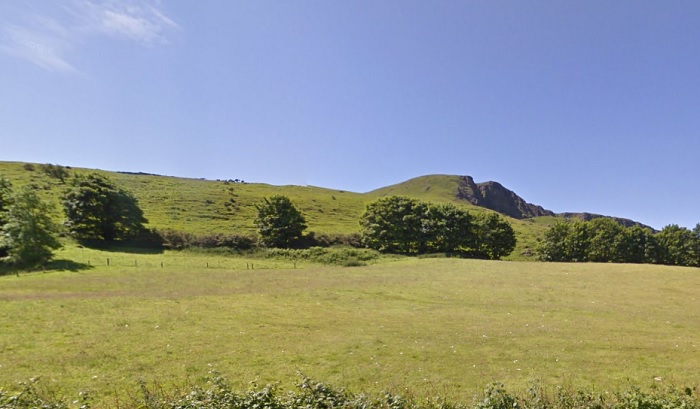 Ballymena Times reports that Game of Thrones has been shooting in the area between Glenarm and Ballygalley, in Northern Ireland this week.

They note, “Privately-owned land just off Sallagh Road was the location where cast and crew – including 400 extras – gathered to shoot scenes for the upcoming sixth season of the smash-hit TV show.”

The Sallagh Braes and Knock Dhu region near Carncastle has been used as a filming location for Game of Thrones several times, going all the way back to the first episode. The green hills have stood in for several places, particularly the fields around Winterfell. Last year, scenes involving Littlefinger, Sansa and the Knights of the Vale, and separate ones with Brienne and Pod were filmed around Sallagh Braes.

The mention of 400 extras points toward possibly an army or a khalasar. Two weeks ago, pink “GOT” filming signs were spotted around Glenarm but it was unclear where exactly filming was taking place or what sort of scene was being shot. The signage posted included a mention of horses. The climate may seem too cold for Dothraki scenes but Game of Thrones has used the hills around Northern Ireland for Dothraki scenes many times, including in the season 5 finale.

Game of Thrones season 5 and 6 director Jeremy Podeswa talks to YahooTV in a new interview, discussing season 6 and even the much-maligned Dornish fight scene from season 5.

On taking the reins of the season 6 premiere:

Expectations are always very high at the beginning of the season, and checking in with all of the characters is a daunting prospect. But what’s great about this season is that there’s very little expository stuff. It starts off with a bang and you’re right into the excitement of the story.

As for that fight scene between Jaime, Bronn, the Sand Snakes, and the Dornish guards:

It was a really fun sequence to do, but those scenes are tricky if it’s not something you do all the time. I’ve done a lot of them for shows like The Borgias and The Tudors. Everything has to be tailored very specifically to the characters. Like the Sand Snakes are very young, and Jamie only has one hand. So all of those things are parameters that dictate how you choreograph something.

Podeswa further explains why there may have been limitations on the fight:

It was all shot in the Alcazar, and we had to find a big enough area for the amount of action we had to have happen. So when I was scouting the location, that plaza was the most obvious place. There was really no other choice of where to shoot it. In fact, the space was too big, so we put trees and stuff in there to make the characters seem more entrapped.

To read Podeswa’s thought on Sansa’s wedding and more, check out the interview at Yahoo.