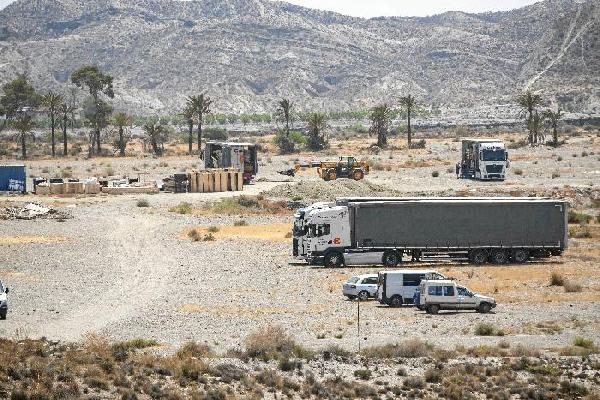 Filming for Game of Thrones season 6 will soon begin in Spain once again. This year, Almería will be added to the long list of exotic European locations the show has filmed in.

La Voz de Almería reports that as of yesterday, trucks have arrived at the hamlet of El Chorrillo Sierra Alhamilla and are beginning to unload their contents. Full construction will begin on Monday 17th August. As for shooting at the location – it won’t begin until October 10th, and will end on the 23rd.

The publication also notes that from what their sources can see, a building with a circular base (similar to a temple foundation) may be under construction, but it is impossible to know for certain at this time. Hopefully more information will become apparent in the coming weeks.

This is not the first time the show has used Spain as a filming location. Last year, scenes featuring the Water Gardens of Dorne were shot in the Alcázar of Seville. This year, scenes will also be filmed in other Spanish locations, including the Mesa Roldán (also in Almería), and the Castillo de Zafra in Campillo de Dueñas. For more on this, check out yesterday’s Spanish update post.

Thanks to reader H. Stark for alerting us to this story!

Update!: WotW reader Gravemaster discovered this news report from Spain with footage of the site in progress: