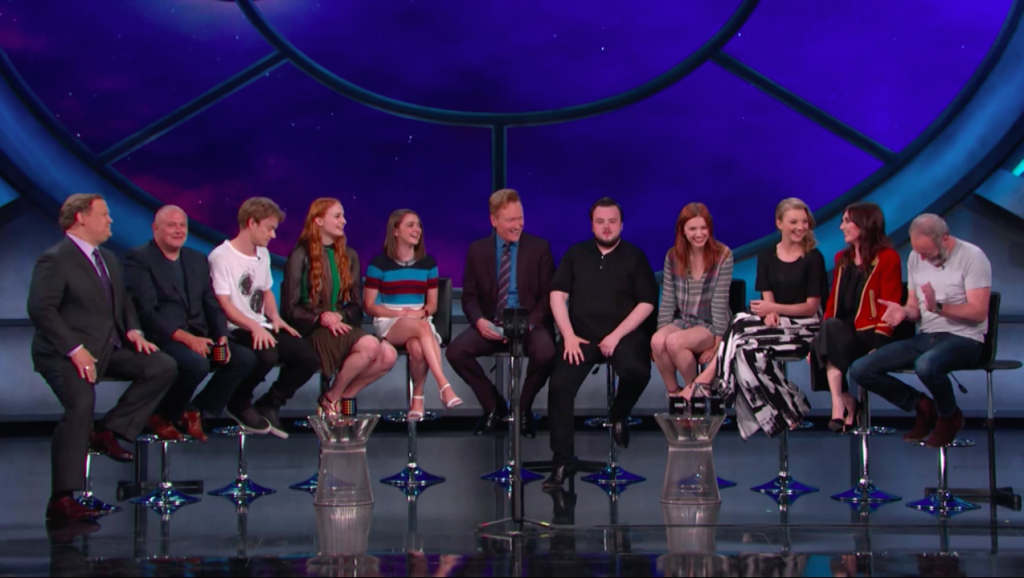 Highlights include: Maisie ensuring Arya stays alive (by bribery), a prank on Alfie Allen by David Benioff and Dan Weiss, and more!

While we love seeing the cast together and having a great time, we’re excited for them to return to filming later this month to start shooting Season 6! What did you think of the interview? Let us know in the comments below and stay tuned for casting announcements!