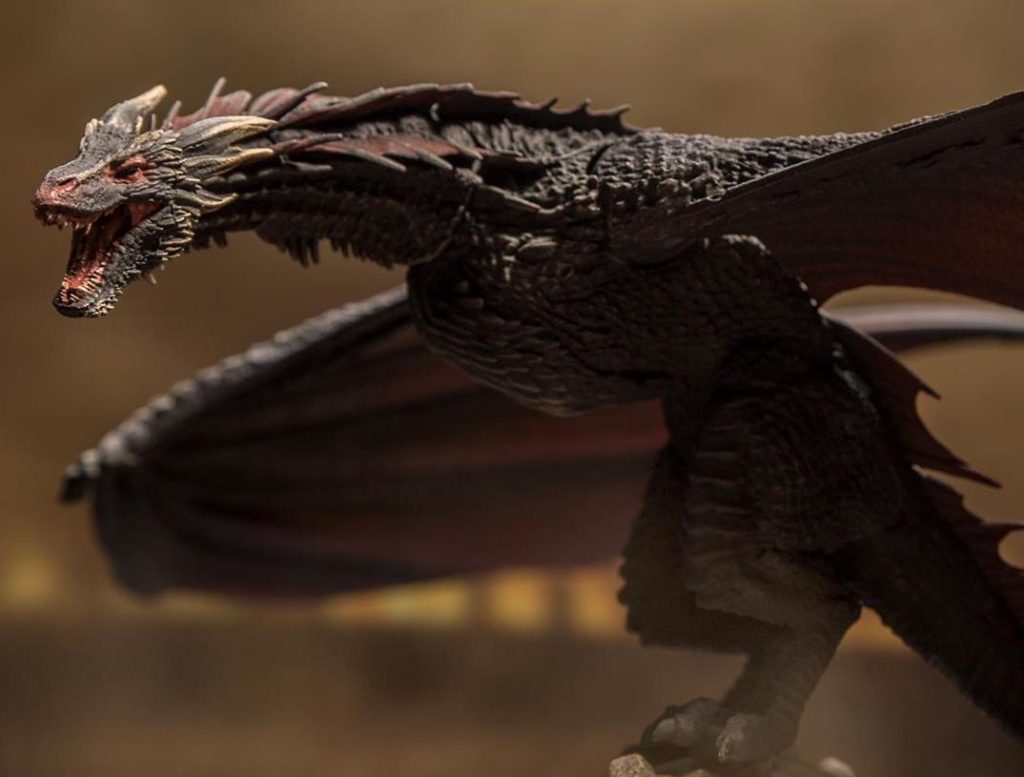 A figurine that does justice to the majesty and might of Drogon.

If your shelves are already groaning under the weight of Game of Thrones collectibles and memorabilia of all kinds, don’t stop now — add another shelf, because you’ll want to make room for this new stuff courtesy of Funko and McFarlane Toys.

First up: Yes, that really is a close-up of the gorgeously detailed Drogon Deluxe Figure from McFarlane Toys, the brainchild of Spawn creator Todd McFarlane. The company creates highly detailed resin figures and has released several Thrones characters, including a stunning undead Viserion that will be released in April. Specs on the Drogon figure aren’t available yet, but we can guess that it will be similar to Viserion, whose wingspan measures more than 16 inches.

Next, in their quest to create an adorable, big-headed version of every fictional character who has ever been created, Funko announced a new lineup of Thrones Pop! Vinyl figures at this week’s London Toy Fair. Each of the five figurines — Jon Snow, Daenerys, the Night King, Cersei and Tyrion — comes seated on the Iron Throne, so that we can all continue to argue over who ends up ruling over Westeros long after the series has ended. 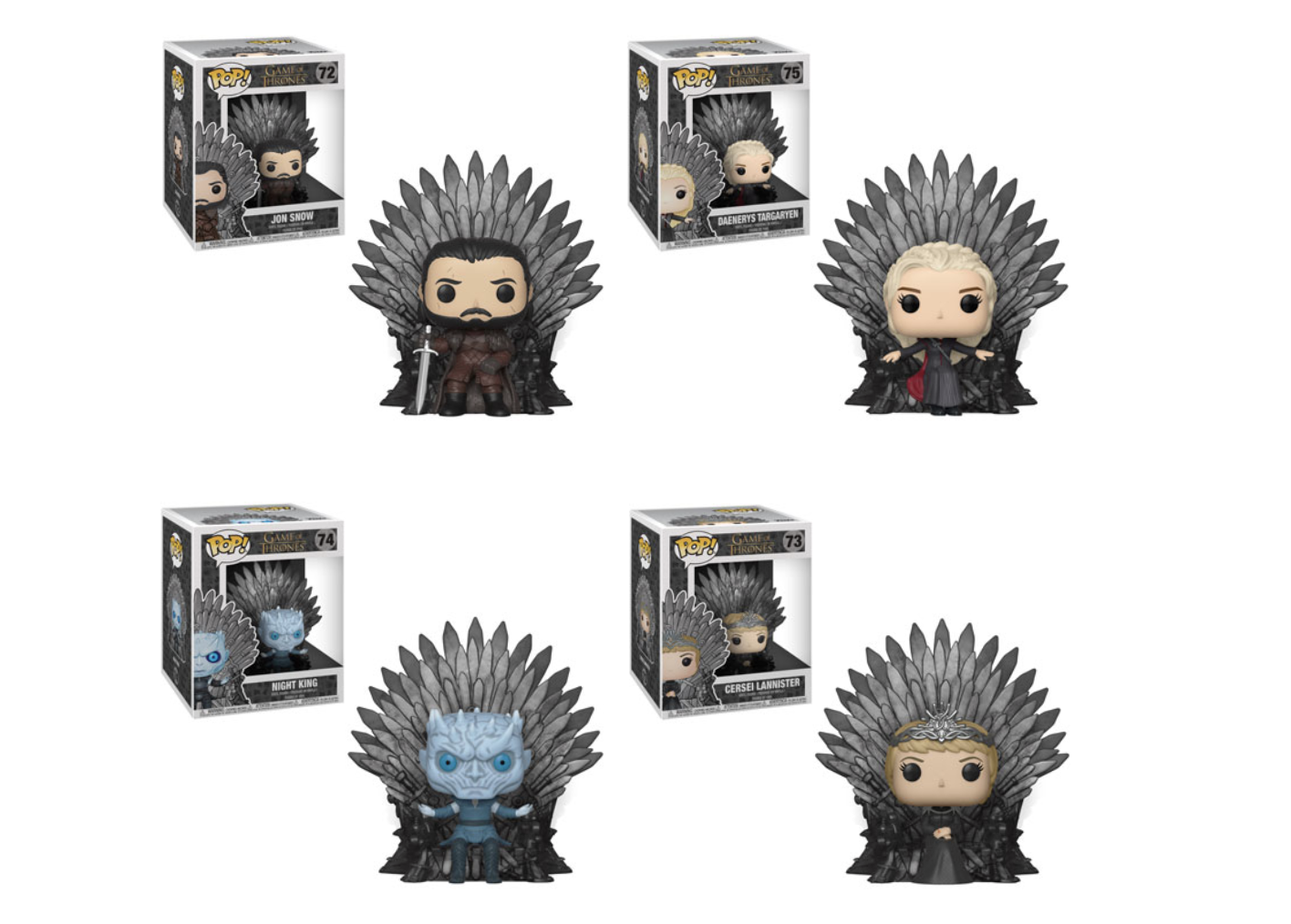 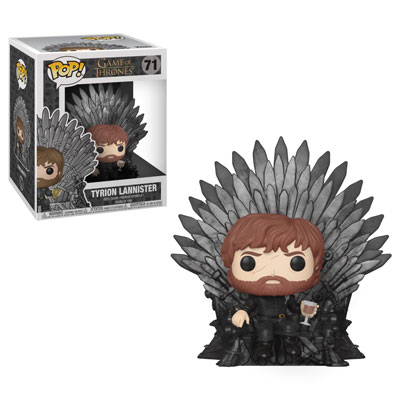 Funko also announced a line of their 5-Star figures — Jon, Dany, the Night King and Tyrion — which are smaller and more cartoon-influenced than the Pop! Vinyls: think smaller heads and big anime eyes. 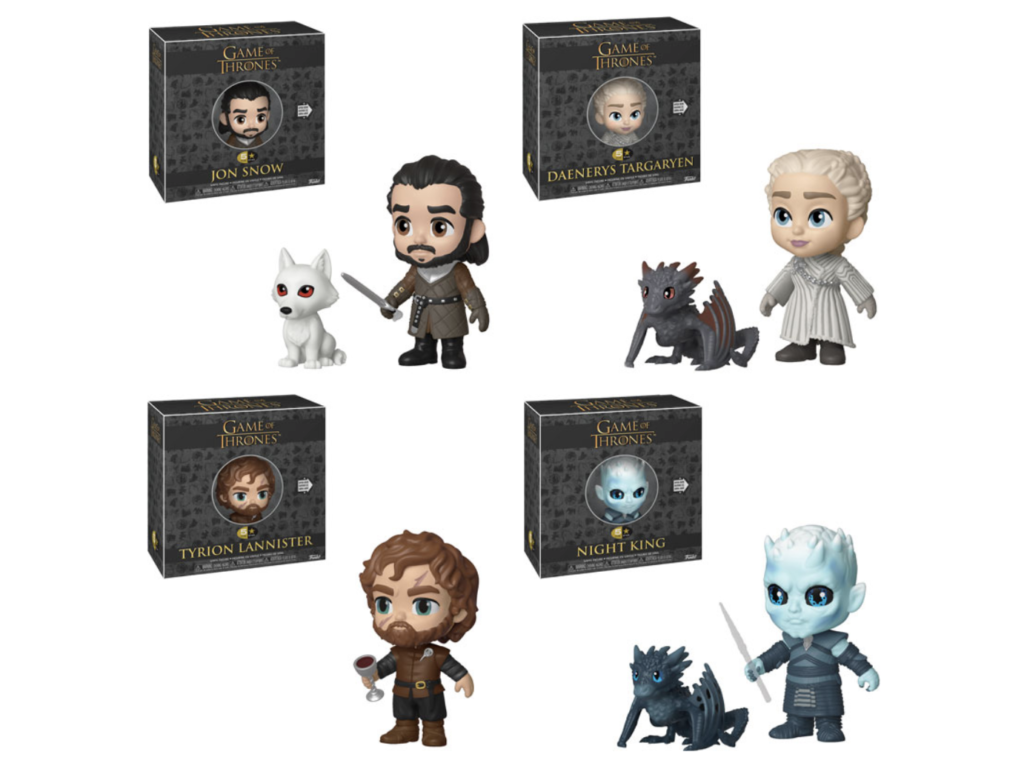 Damn them for making undead Viserion look so adorable!

A new Pop! Ride: White Walker on Horse is coming soon as well, and an assortment of keychains and pens you can check out at the source: 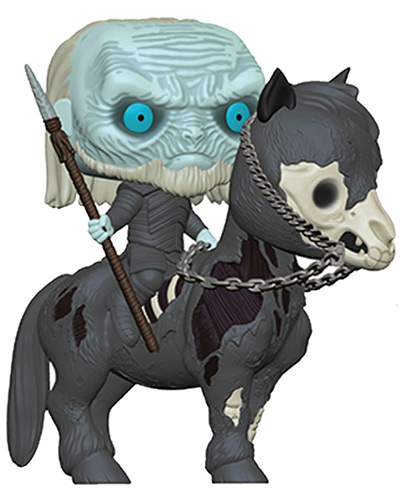 There’s no release date yet for any of these new collectibles, but we’ll keep you posted! After all, you can never have too many toys.