Footage of Emilia Clarke and season 6 filming surfaces, plus more updates from Spain! | Watchers on the Wall | A Game of Thrones Community for Breaking News, Casting, and Commentary

While major news comes out of Northern Ireland, Spain continues to be a flurry of Game of Thrones activity in Peñíscola and Navarre.

In the plaza by Castillo del Papa Luna, several props have appeared, and decorations for House Targaryen:

El Periodico Mediterraneo reports that in the Plaza Santa Maria, major changes have taken place in preparation for Game of Thrones. A “walled facade” with “doors and windows” now stands in the plaza, along with a catapult.

Plaza Santa Maria and the Papa Luna plaza were confirmed as locations recently in an official announcement by the city council. It is believed that the city is playing the part of Meereen this season.

In casting news, Modexpor International is still searching for extras in Peñíscola to sign on, particularly thin, dark-haired people 16 to 18 years old. They’re needed for October 2nd through the 7th.

A few images of the work in progress, courtesy of TodoPeniscola.com: 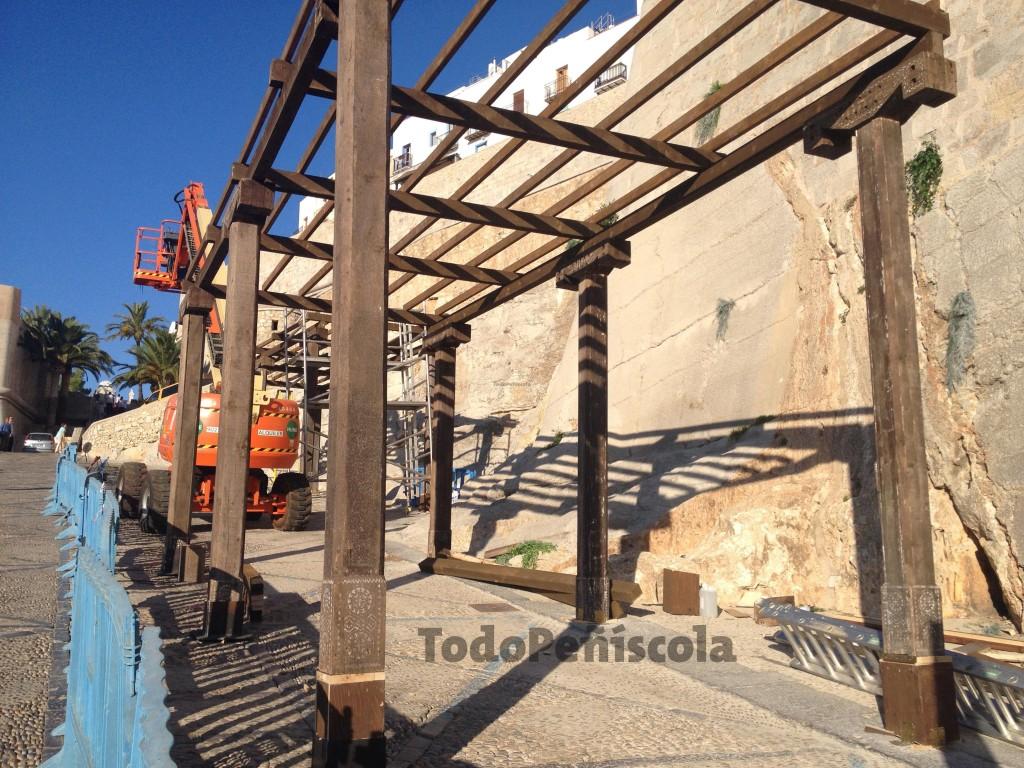 Portal Fosc, with decorations for Game of Thrones 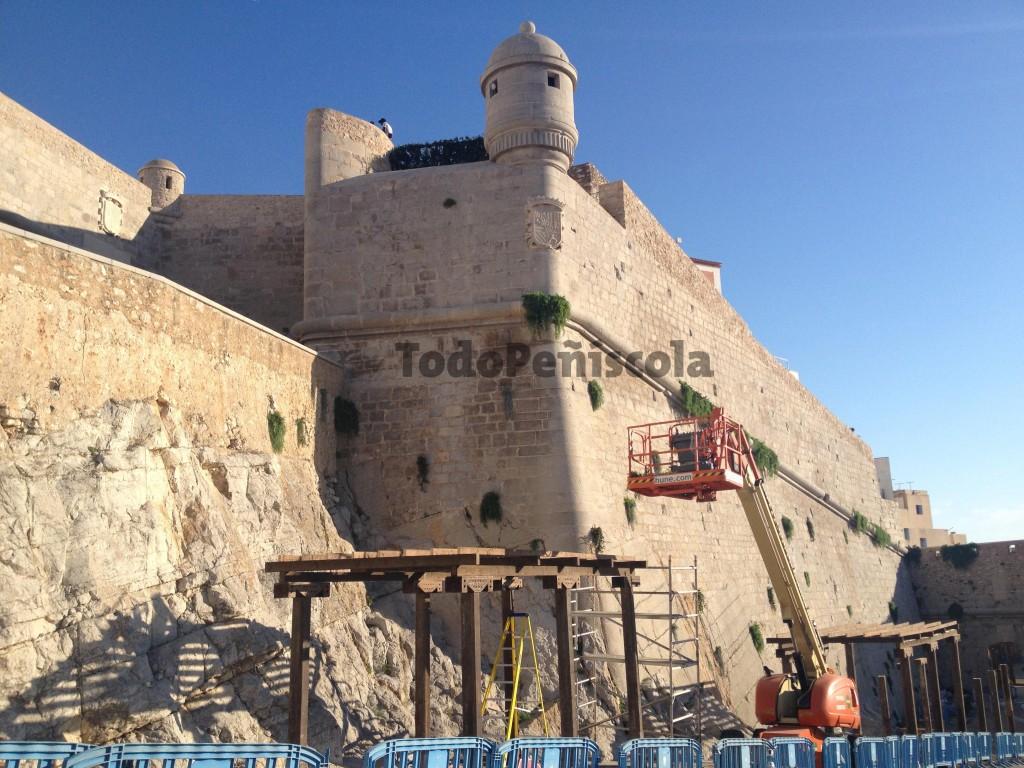 Portal Fosc, and the area around it, 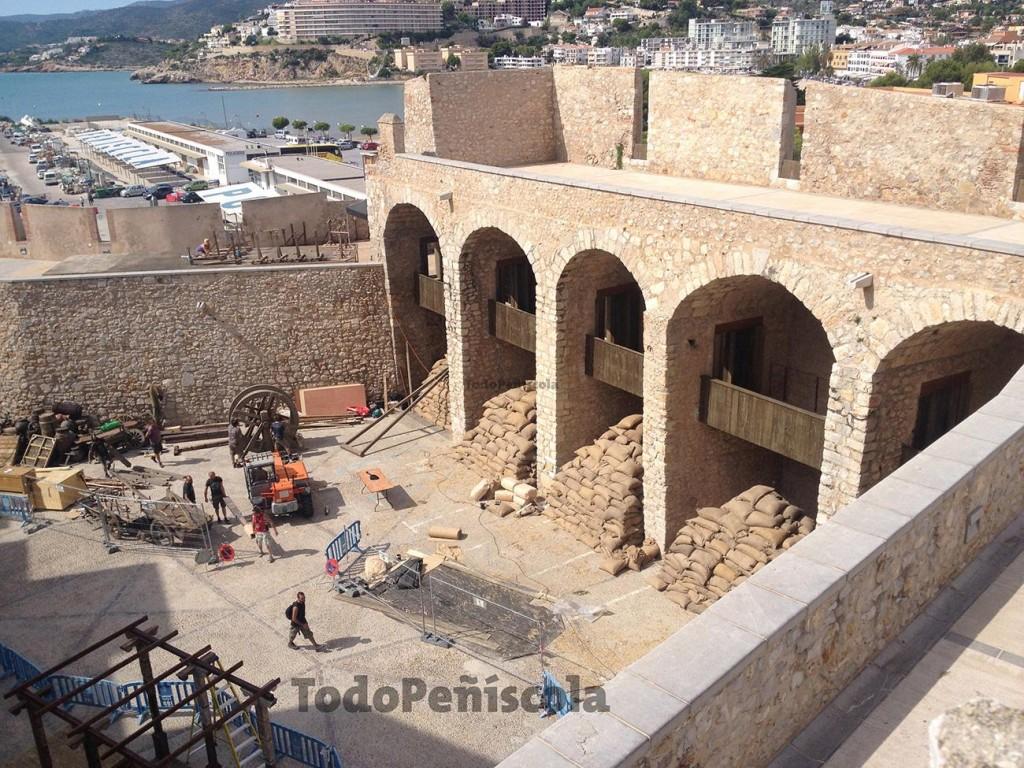 There is new footage and photos of the filming in the Bardenas involving Emilia Clarke and the Dothraki. Hola shared this with viewers:

According to Hola, the filming of Daenerys and the khalasar in this scene was shot in the area of the Balsa de las Cortinas. In this scene, Daenerys is kneeling, still wearing her old clothes, and her position with the khalasar is uncertain. 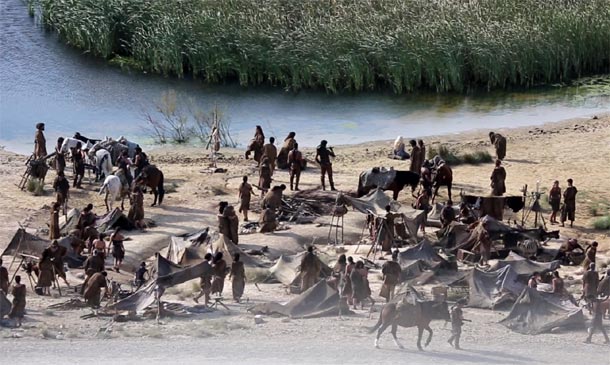 And the closer version: 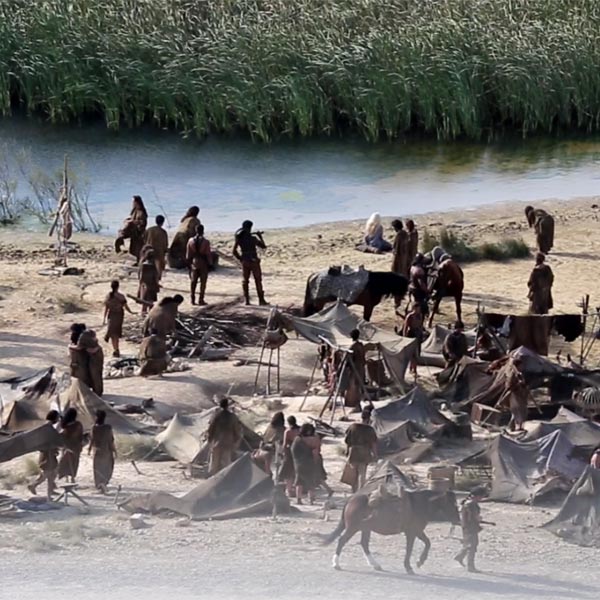