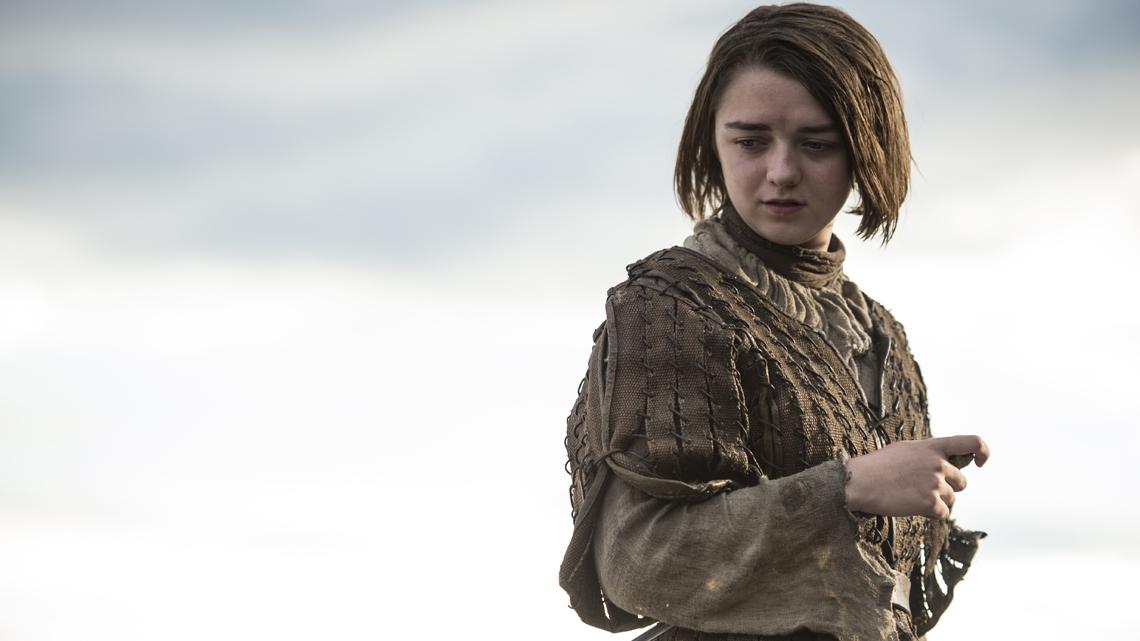 Maisie Williams made an appearance on Jimmy Kimmel Live last night, where she talked about the upcoming season of Game of Thrones.

Of major interest, however, is the exclusive clip that was shown, teasing a scene from the beginning of Arya’s storyline this season.

Spoilers and video below the cut.

The clip shows Arya approching the doors of the House of Black and White in Braavos. After a brief back and forth with the priest/acolyte, she is denied entry.

Cian: This may well lead to a confrontation between a wandering Arya and some street thugs – the confrontation being resolved by a “mysterious character” – as detailed in this post. Given what we now know about actors from previous seasons returning to the show, book readers can draw their own conclusions.