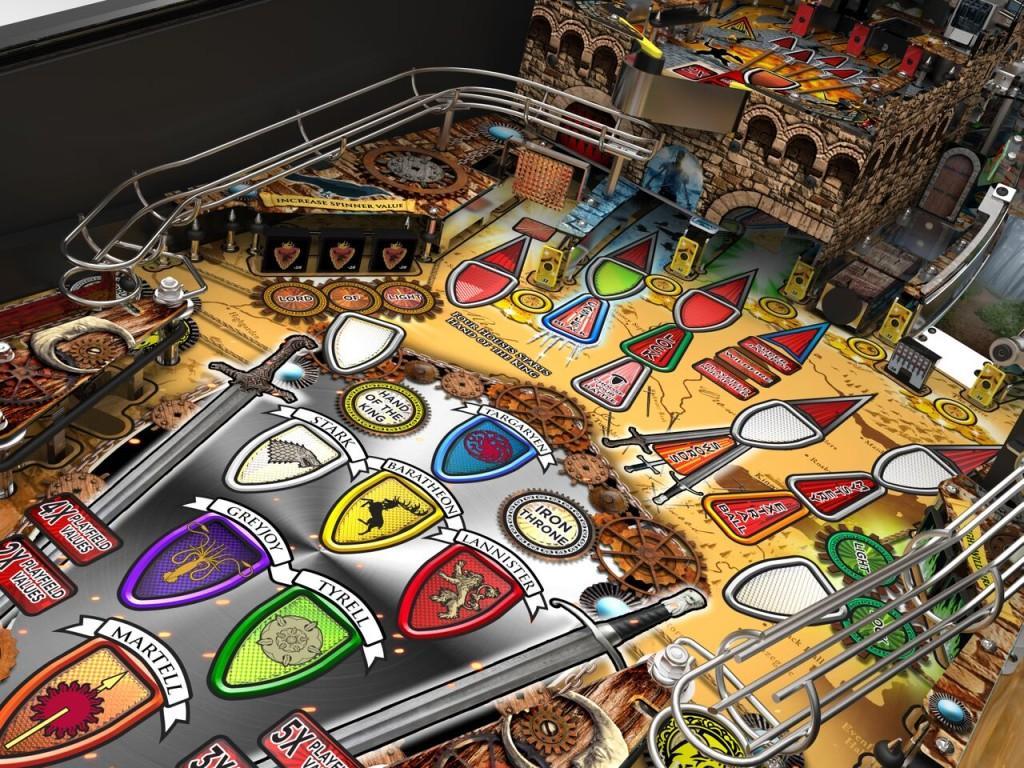 Greetings to all ye who Watcheth o’er the Wall.

In a fantasy collaboration of varying degrees, HBO has teamed up with Stern Pinball and created a collection of silver ball machines feeding on our obsession with Game of Thrones.

The game allows you to pick a House with the objective of winning the coveted Iron Throne and ruling the Seven Kingdoms.

Features include an interactive Drogon, a mechanical “sword of multiball,” and potentially the greatest aspect of the invention: The voice of the Hound (Rory McCann) barking at you throughout the duration.

Ready your flippers. Load your balls. Details, models, and pricing below…

To begin, players choose to be a Knight of the Stark, Lannister, Greyjoy, Baratheon, Martell, or Tyrell family Houses. 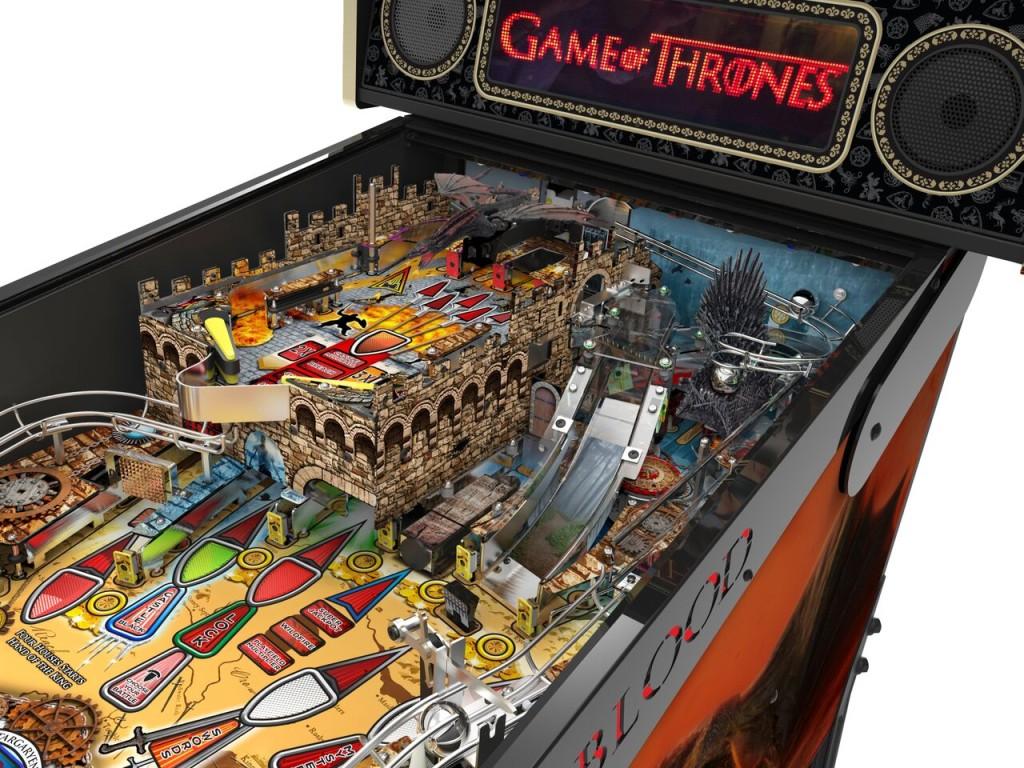 The Stern machines come in 3 different editions highlighted below.  All of the models include:

– Details such as castle doors, a battering ram, and a mechanical “sword of multiball” that holds back reinforcements until attack.

– Three drop targets that light up the “Lord of Light” lanes to protect against side drains.

– A kickback that fires the ball in anger when struck.

– An action button on the front molding with interactive play features. 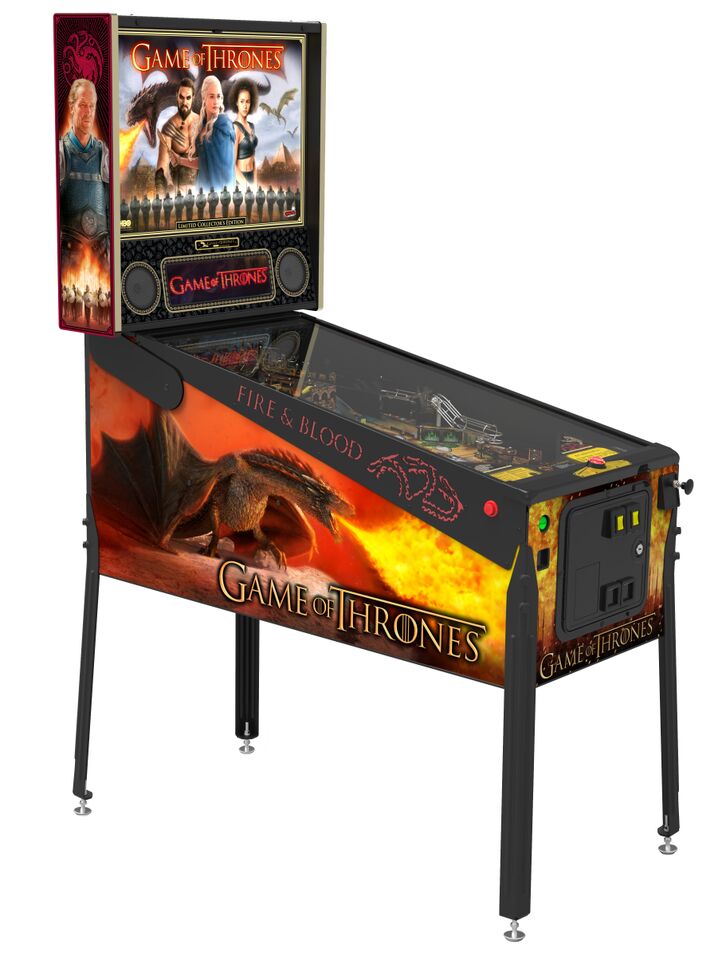 The Limited Edition is a Dany themed machine as shown above.

Both the Limited and Premium machines feature an elevated playing field on top of a castle with an extra set of flippers and Drogon overseeing the action. 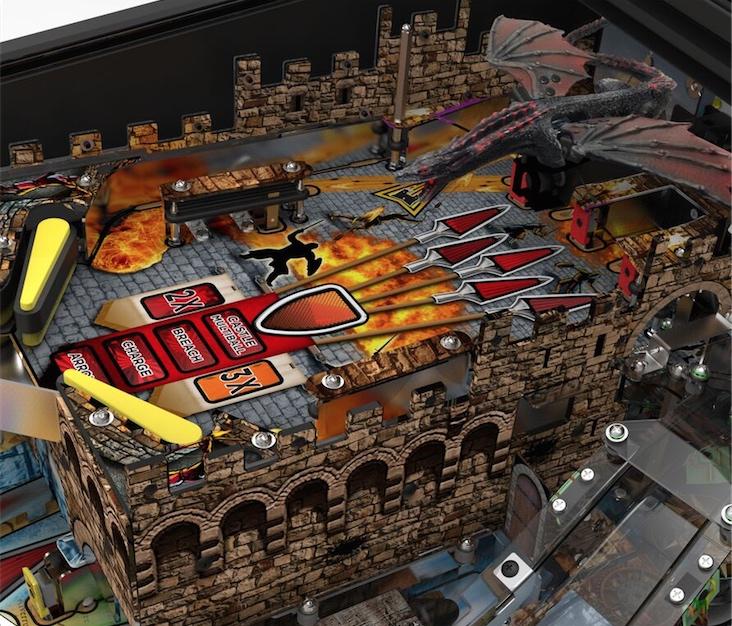 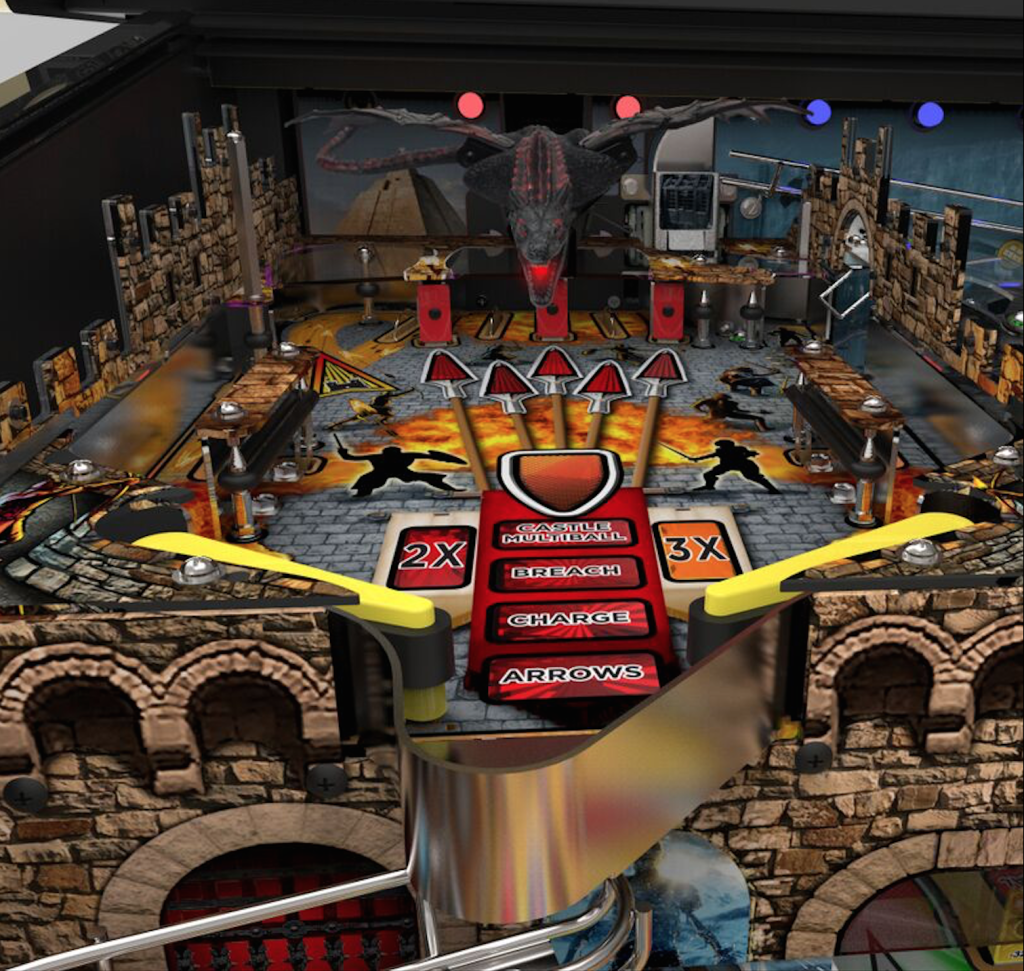 The Limited comes with a certificate of authenticity, a numbered plaque, a designer-autographed playfield, a hand-drawn cabinet and backglass artwork by Bob Stevlic in addition to the black powder coated side armor featuring the words “Fire and Blood.” 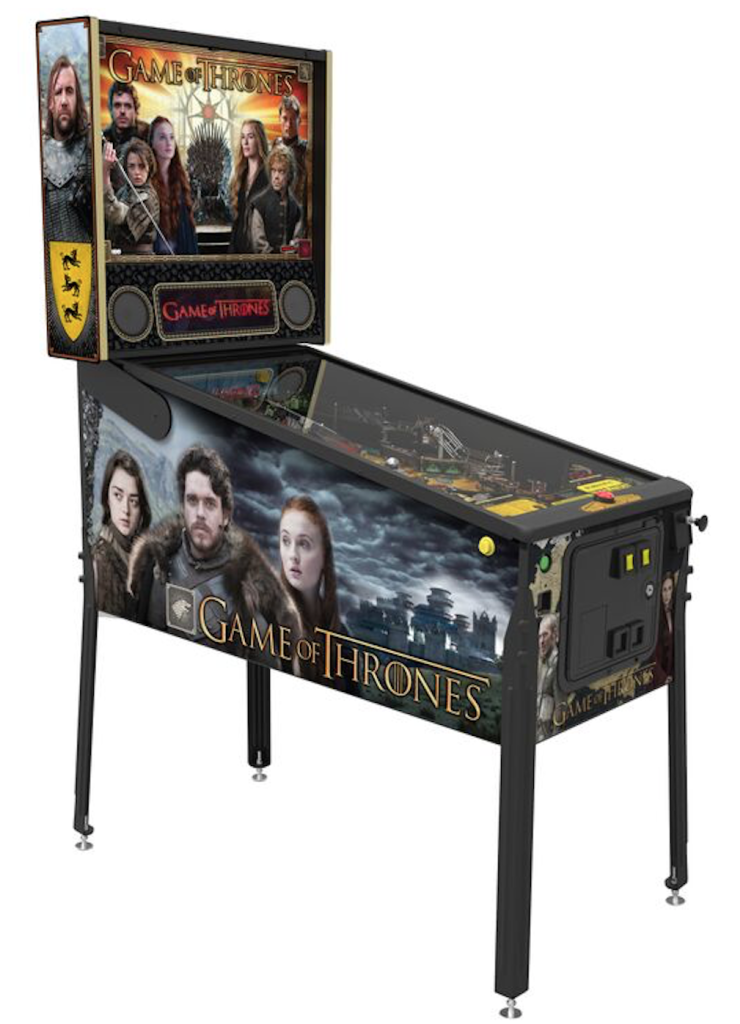 The Pro Edition lacks the extra flippers and upper castle viewpoint but makes up for it in speed. “Lightning-fast ramps and orbits send the ball on fascinating and versatile courses throughout the game” per the press release. 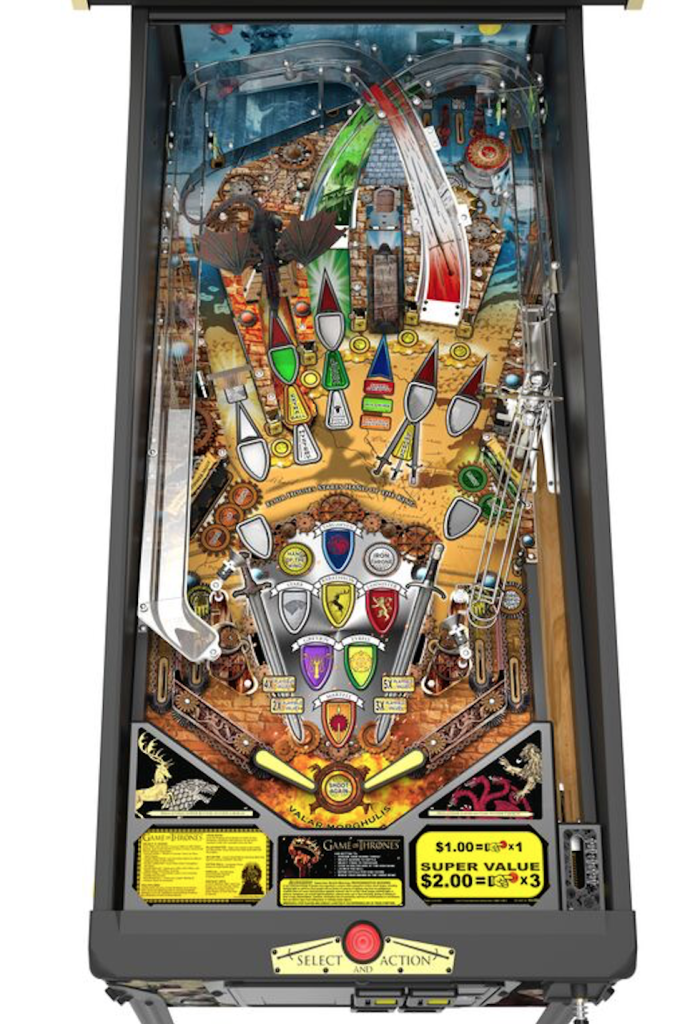 And now the fun part… pricing.

If that is a little out of the realm of your wallet, we can always hope that the local tavern or arcade (do they still have those?) grabs one for you to go try out.

However, if the game features the Hound yelling,”What the fuck’s a Lommy?” every time you hit a bumper with a picture of Lommy, I may have to break out the credit card.

Stern can neither confirm or deny the inclusion of a Lommy bumper, probably because I didn’t have the nerve to ask.