Daemon Targaryen Throws a Tantrum at a War Council in Latest on Set Photos | Watchers on the Wall | A Game of Thrones Community for Breaking News, Casting, and Commentary 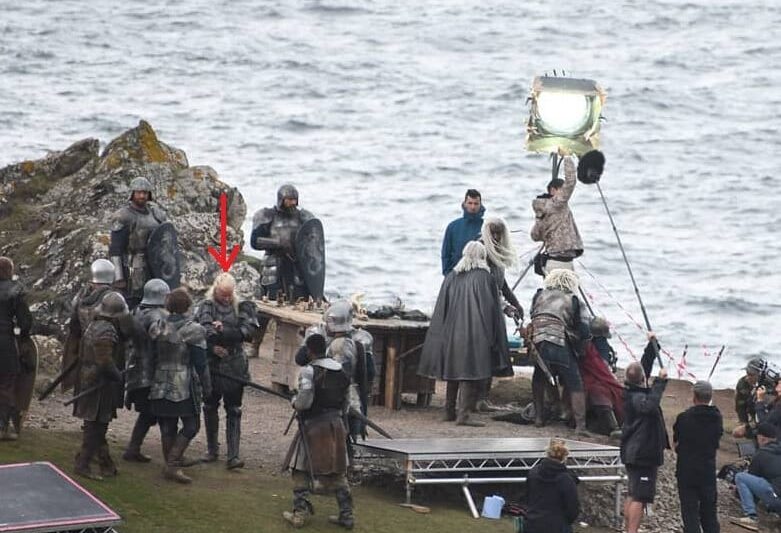 We’re finally getting a look at Daemon Targaryen’s violent, warlike side. New photos from set give us a glimpse of Daemon wearing armor and an interesting war council scene. You know that saying “Don’t punish the messenger?” Daemon certainly doesn’t.

Curiously, there’s no sign of the Targaryen three-headed dragon on his breastplate but, rather, a … semi-circle with three points that is either a sigil I don’t recognize or a tear in his armor.

Members of the Kingsguard and “new injured extras” (one of whom looks like he’s having a blast) were also present.

@HOTDBr also posted a photo and video of House Velaryon holding a war council that includes Corlys Velaryon (obviously) and Daemon Targaryen, which supports speculation that these scenes take place during the War for the Stepstones.

In the video we see a royal messenger deliver some bad news to Daemon Targaryen who proceeds to beat the stuffing out of the poor guy before storming off. I hope those who were worried about Daemon’s portrayal after Matt Smith was cast are put at ease by this. #MattSmithAsDaemonTargaryenApologistForLife.

And apparently that’s a wrap for filming on the beaches in Cornwall, according to @HOTDBr. Nice to know that the team cleaned the beach and left a thank you note for locals.