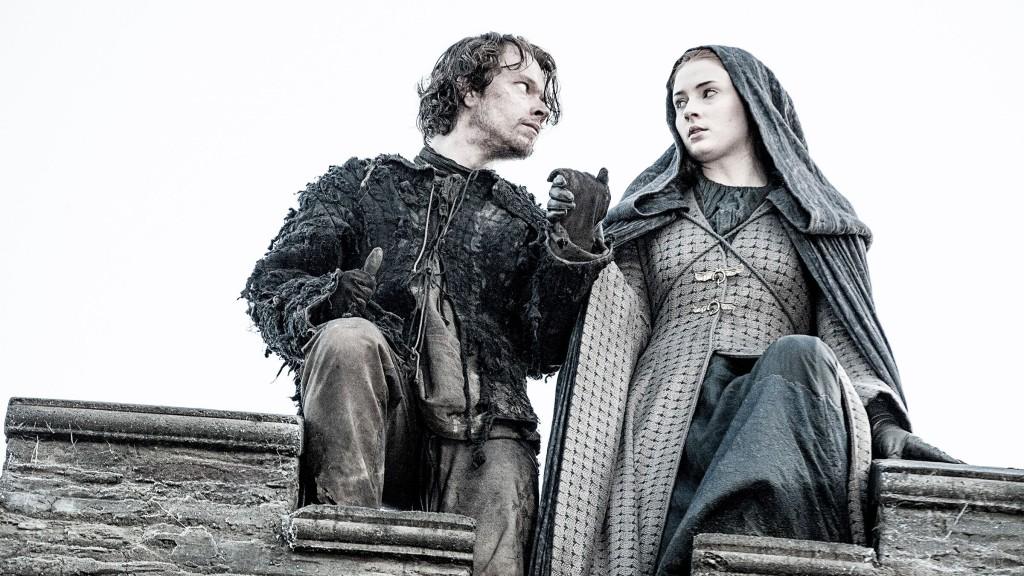 Answering the question “how’d you get into Game of Thrones?” is a two-part process for me. There’s recounting how I started reading the books and watching the show, which is quite simple: I saw a copy of A Game of Thrones in my university bookstore freshman year and thought, “Well, if this is popular I don’t want to miss out.”

Then there’s explaining how I came to be a fan site-contributing, convention-attending, Ballintoy Harbour-visiting diehard. This takes a bit longer. It’s also an infinitely more personal story to divulge because I can’t honestly discuss my origin as a Game of Thrones fan without also addressing mental illness. The two topics are, for me, inextricably linked. I wouldn’t be a contributor to Watchers on the Wall, a panelist at Con of Thrones or a friend to so many wonderful Game of Thrones nerds if I weren’t also mentally ill. Life’s funny, isn’t it?

When I started reading A Song of Ice and Fire and watching Game of Thrones my freshman year of college, I liked it. I appreciated the moral ambiguity and I thought the subversion of fantasy tropes was clever. Tyrion was my favorite character. However, for a variety of reasons I didn’t reach A Dance With Dragons and season 4 until my senior year by which time my mental health had deteriorated.

Now, this is an article about my love of Game of Thrones, not my brain chemistry. However, to properly illustrate why the events of A Dance With Dragons and season 4 impacted me the way they did, I should elaborate on what I mean by “deteriorated.”

I’d been on medication and in therapy for depression and anxiety since high school but college exacerbated my symptoms hundredfold and none of my old coping mechanisms worked anymore. By senior year I was crying in class and having panic attacks regularly. On one memorably bad afternoon, I arrived at my university’s counseling center in hysterics, holding onto the walls for support (I’d damn near crawled across campus to get there) and told the first counselor who could see me that I was having a nervous breakdown and wanted to be hospitalized.

The counselor told me that “nervous breakdown” isn’t a technical diagnosis but rather an umbrella term for when psychological problems render someone unable to function. I said, “Yeah, okay … that’s me right now” and that I felt like I had my hand pressed to a hot stove every second of every day, with no chance of reprieve until graduation. The counselor was not unsympathetic but explained that I was too lucid to be hospitalized. She wished me luck. “Just keep your hand on that stove,” she told me.

All of this is to explain why Reek’s storyline in A Dance With Dragons and season 4 struck a chord with me. It’s an unusual plotline to find comforting, I’ll admit, but sometimes it’s vindicating to see elements of your own experience reflected in someone else, even if it’s disturbing. Suffering hadn’t made Theon Greyjoy compassionate like Daenerys or witty like Tyrion. It had made him pathetic. I could relate. But it hadn’t killed him. And if Reek could scrape through, so could I.

Months later, I graduated college (somehow or other) and returned to my parents’ home burned out in most respects but full of Game of Thrones fervor and excited to funnel that energy into features for The Mary Sue. Then The Mary Sue announced that it would no longer be covering Game of Thrones after the events of season 5.

I thought, “Well, that’s awful timing” and looked up Game of Thrones fan sites that I could contribute to instead. I found Watchers on the Wall and the rest is history.

Looking back over the four years since I sent Sue that fortuitous e-mail, I realize it’s impossible to overstate how much Game of Thrones has impacted my life. It turned fandom into a communal experience for me. Through Watchers on the Wall, Con of Thrones and the Burlington Bar I’ve met and befriended so many people who are just as moved by Game of Thrones as I am.

That sense of connection proved a literal lifesaver as – wouldn’t you know it – my depression and anxiety did not go away after college. In some respects they got worse as it was not until postgraduate life that I experienced serious suicidal ideations and started scratching the skin off my forearms with my fingernails. I like to think that if I hadn’t had Game of Thrones I would have found something else to fixate on but, the way things happened, it was Game of Thrones and its fandom that I clung to, to get by.

There are far worse coping mechanisms.

In talking with other mega-fans I realized that I was not the only one drawn to Game of Thrones for deeply personal reasons. I remember chatting with the regular Burlington Bar crew about favorite characters and scenes. I told them I relate to Theon Greyjoy and, instead of getting a raised eyebrow or a “who’s that, again?” I got an “ohhhhh c’mere,” and a hug.

Looking forward, I admit the prospect of facing life after Game of Thrones is a little scary. It’s provided a framework and a support system for so long, I know its absence will be sorely felt. At the same time, though, confronting the end makes me realize just how far I’ve come and how grateful I am to Game of Thrones and its fandom for what they’ve given me.

I’m in such a better place than I was when Game of Thrones first entered my life. I haven’t self-harmed or thought about killing myself in nearly a year (there’s no way to word that that doesn’t sound a little funny). I’m working towards getting my massage therapy license (so my undergraduate education really can go fuck itself). I have people I care about who care about me. I’m finally starting to live a life I want to live and I largely have Game of Thrones and its fandom to thank for getting me this far. So, cheers, guys.

Don’t die so far from the sea.