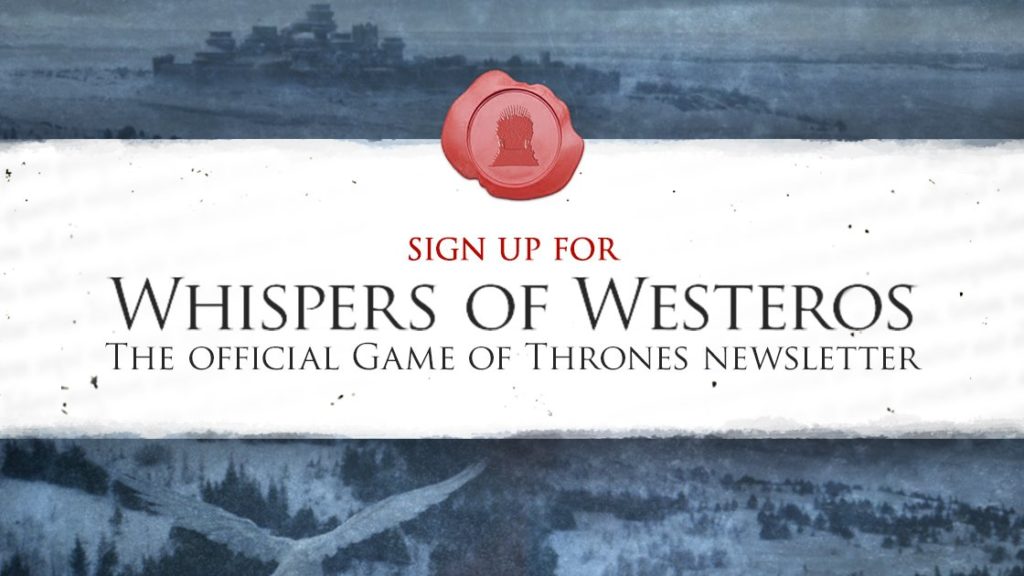 As the season 7 premiere inches closer, Game of Thrones starts popping up all over the media. Today we have several interviews and a couple of interesting tidbits to share. Let dive in, shall we?

Game of Thrones announced a new official newsletter today! The details so far are a little thin, but what we know at the moment: it’s called Whispers of Westeros.  Whispers promises “Get access, updates and videos before anyone else. No ravens required.” Unfortunately it’s US-only, but perhaps some of you will find a way around that? Either way, we’ll sign up and keep you posted on anything they have to tell us! 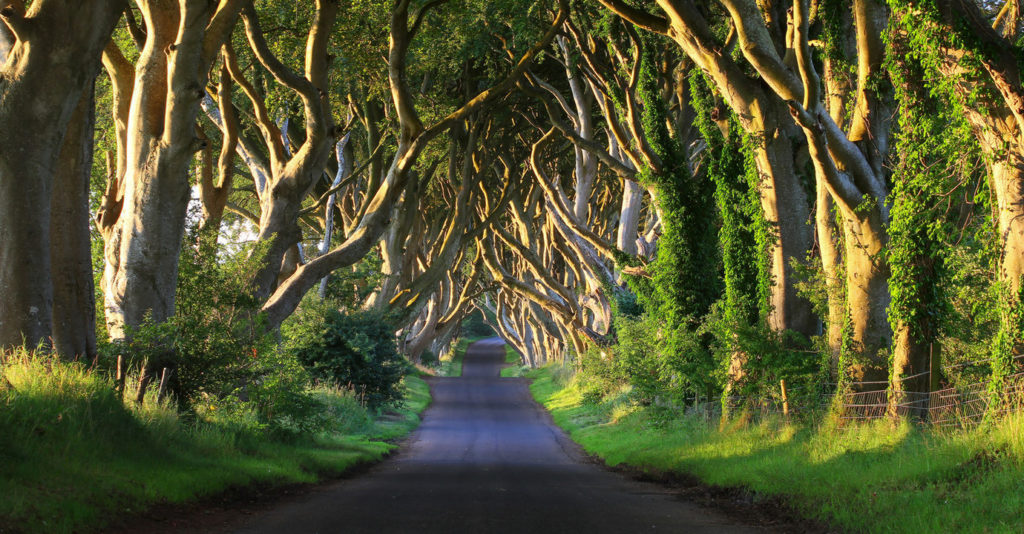 Film tourism has become increasingly popular over the years, and travel companies are cashing in by offering tour packages based on specific films and television shows. Game of Thrones is no exception, and its filming locations are some of the most popular destinations for travelers. Participations: Journal of Audience & Reception Studies, recently published an examination of this phenomenon by interviewing 48 tourists visiting different Game of Thrones sites.

The authors found three main effects experienced by these film tourists. For some, it was an immersive experience that made the show more personal and meaningful for each individual. “It sort of…links people to that location. It’s like, ‘I was there.’ When you rewatch the scenes, you go ‘oh yeah, that! I recognize that! I was there!’ That’s a special feeling for a lot of people,” one traveler explained. When experienced as part of a group, it provided a sense of community and comradery – Game of Thrones fans in particular were more playful and less reverent, mainly because the story itself is more realistic and not as mythologized as a typical fantasy tale.

A second outcome is that these trips enable fans to see the reality beyond the finished onscreen product, and to appreciate the production process. “Certainly [I enjoyed] looking at the surroundings, and seeing how they turned that into King’s Landing,” another tourist related. “It’s not so hard appreciating that when you’re in a medieval town like Dubrovnik in the old town, but certainly when you’re at this modern hotel that was also just covered in graffiti and windows smashed because it was derelict, and we were walking down and finally found where they’d filmed and I was just thinking, gosh, they brought actors here and everything, and how did they get in, how did they do it, and how did they find this place in the first place? It’s quite impressive.”

Finally, participants gain a sense of appreciation for history that’s only loosely tied to the show. A fan explained it by saying, “I think in terms of some of the older buildings and so on, it’s more just a sense of wonder as how these things could be constructed and so on. I didn’t really associate it as much with the show, more just with the buildings themselves. It was kind of…I was almost divorced from it.”

The entire article is available here. Be warned – it will make you want to take one of these trips for yourself (as if you didn’t want to already!). 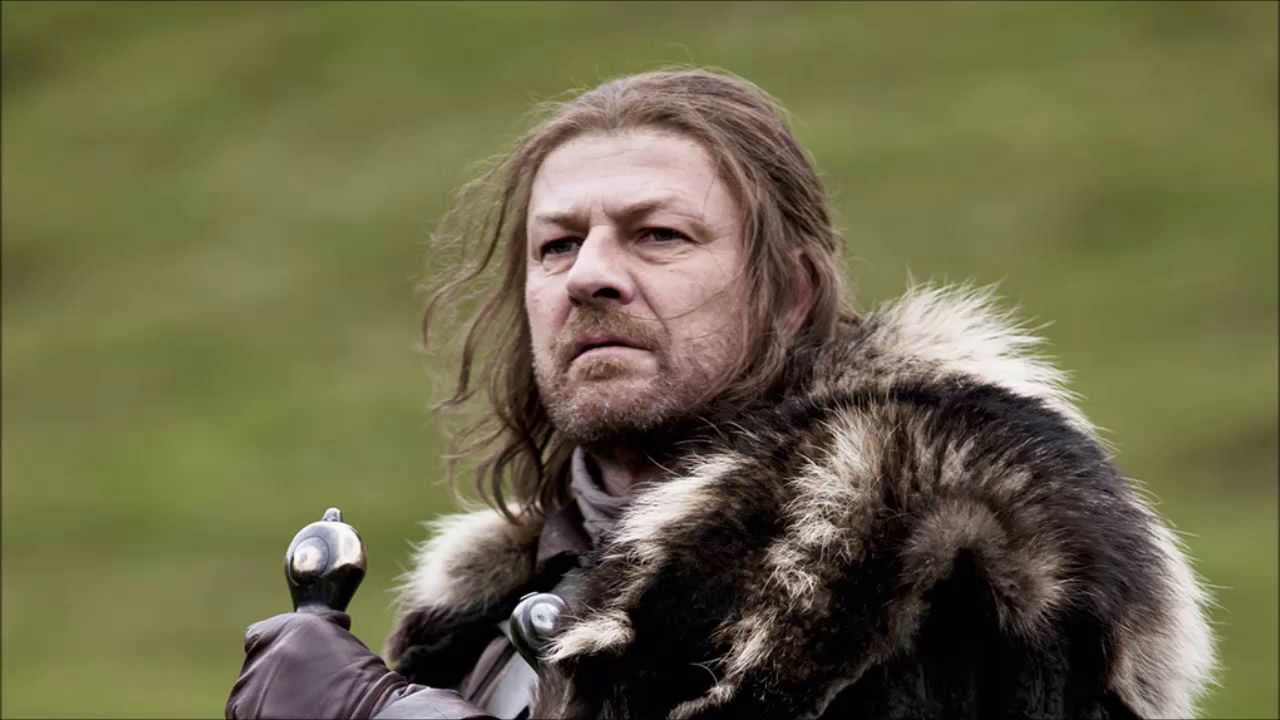 In a new interview posted by RadioTimes today, Sean Bean discusses his latest role as a parish priest on the new BBC drama Broken. His characters often meet untimely ends, but this time he is fortunate to play a character who survives (for the first season at least). Bean would love to be able to revisit some of his dearly departed characters, however, saying “there’s quite a lot of them,” and that he’d resurrect “all of them! Who likes to die?”

Of course, when pressed to choose one, Bean responds, “I suppose Game of Thrones would be all right.” The loss of his character, Ned Stark, in season one was devastating to fans – even those who knew it was coming. Bean encourages fans to petition the showrunners to bring him back. “Tell them!” he says, laughing. Perhaps Bran could see him in a vision? Time is running out with only one season left to film, so start writing your letters now! 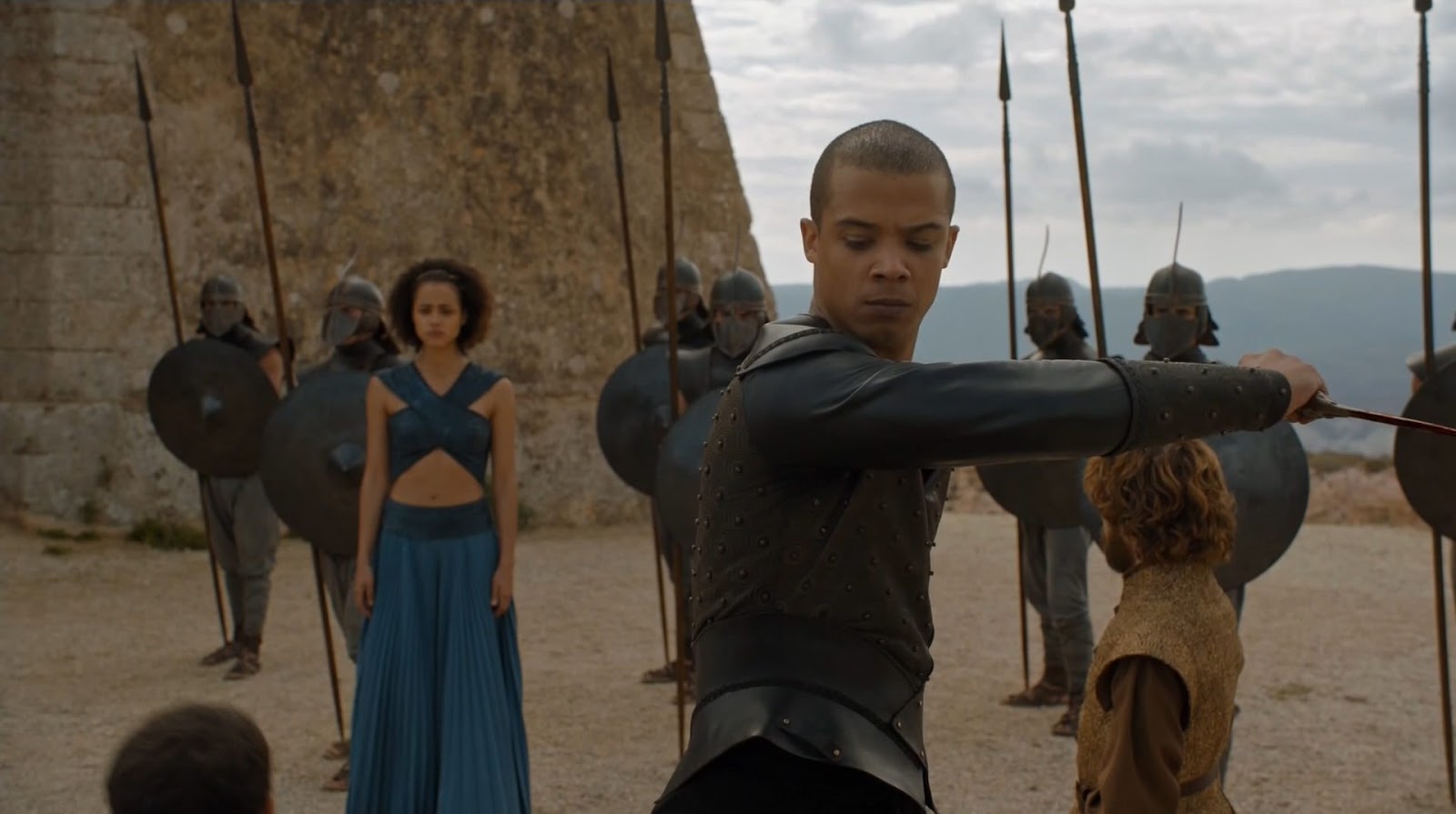 Speaking with Nylon, Jacob Anderson (Grey Worm) reflects on fame, his music career as Raleigh Ritchie, and his time on Game of Thrones. When asked if he considers himself more an actor or a musician, Anderson responds, “I don’t believe in this day and age anybody needs to choose just one thing, especially if you think about how much there is to do now.” He also hasn’t let his success change him. “I don’t find, apart from people coming up to me on the street wanting a selfie, that my life’s really different,” he says. “I don’t think of myself as famous.”

Anderson definitely appreciates the opportunities he’s been given though. He recounts a particularly enjoyable moment on the Game of Thrones set: “One of my favorite scenes was a scene where Grey Worm smiles, because I’m really bad at holding in laughter. Peter Dinklage and Conleth Hill and Nathalie Emmanuel, they’re all really funny, but I’m never allowed to laugh because I’ve got to have this stoic face on all the time. So one of my favorite scenes was being able to smile. This sounds like a lie, it sounds like the thing somebody would say in a press junket or whatever, but obviously we’re not just talking about Game of Thrones, so I feel like I can say it: I genuinely have never had a bad day on set. Game of Thrones is the best job in the world.”

Read the rest over at Nylon. 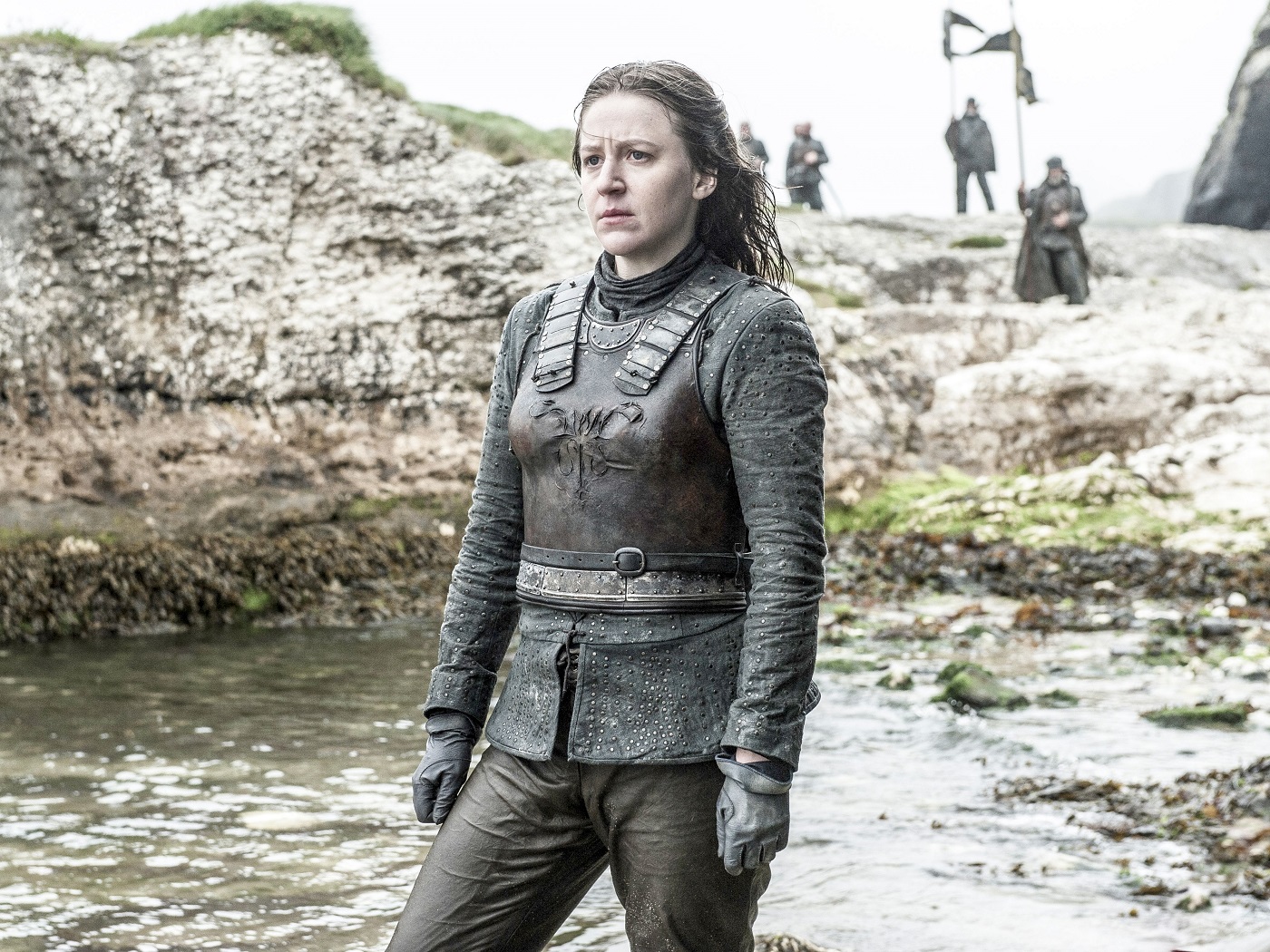 Finally, Gemma Whelan (Yara Greyjoy) shares her favorite – and least favorite – scenes to shoot for Game of Thrones with NME. Whelan definitely enjoys “the [scenes] with very beautiful, majestic coastlines, because it’s just so extraordinary to behold.” She continues, “The Antrim coast is phenomenally beautiful. To think you’re at work and then be on this beautiful coastline is quite pinch-worthy sometimes – it’s a real privilege. I think we all realize how lucky we are when we’re doing it. Every day is enjoyable on Game of Thrones for me, but when you get a nice view as well it’s a bonus!”

It’s not all sunshine and roses, however. “Fighting scenes are challenging,” Whelan says. “Doing scenes where you’ve got to be in the water for a long time is challenging because it’s just cold and often they’re long night-shoots and stuff. This is not me playing a tiny violin, I realize how lucky I am. If it’s challenging I’d rather be in a nice warm brothel than I would in the sea – but you know, wouldn’t we all!”

Despite the downsides, Whelan loves being Yara. “She’s just a glorious character to play. She’s strong, and front-footed, and knows her mind, is apologetic but sensitive, family-oriented but not saccharine. She’s just brilliant! I think she speaks for herself really. She’s very, very likeable for all sorts of good feminist reasons.”

Check out the entire interview at NME.