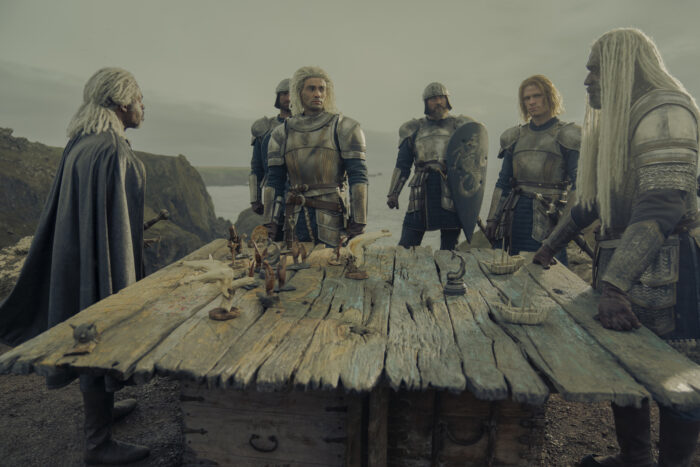 HBO and Warner Media have released several new stills from the third episode of House of the Dragon. 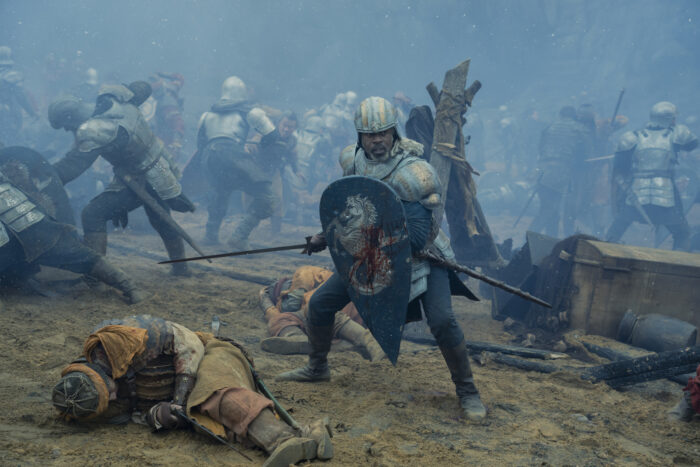 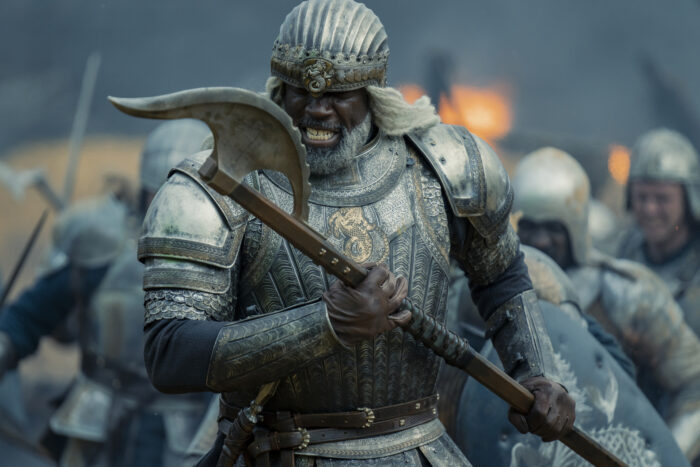 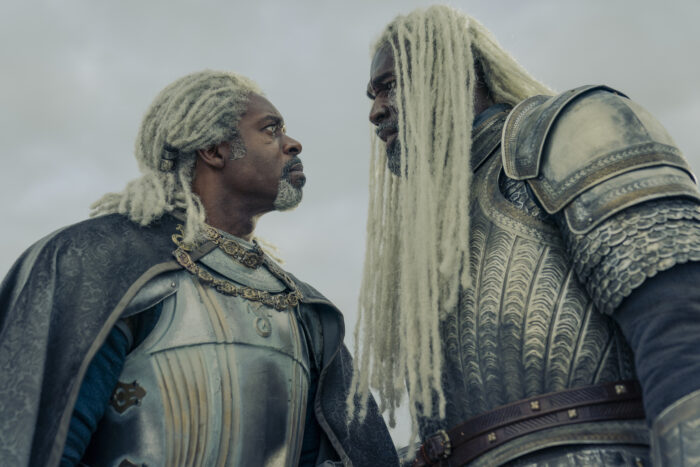 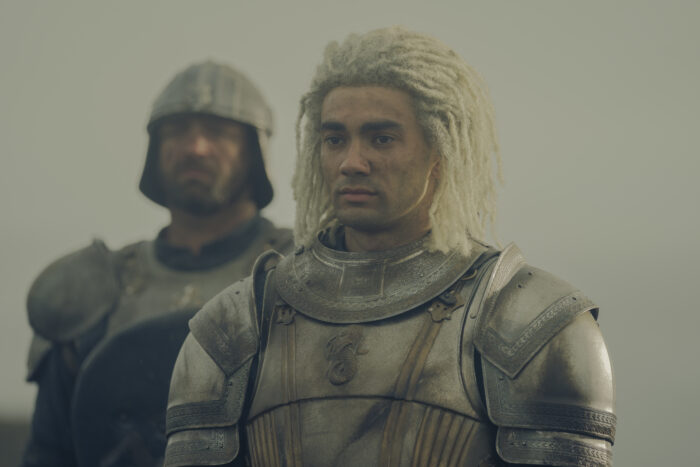 A war council is held with Daemon Targaryen (Matt Smith) and Joffrey Lonmouth (Solly McLeod) in attendance. We actually covered the filming of this scene last September, if you want a sneak peak of what happens. 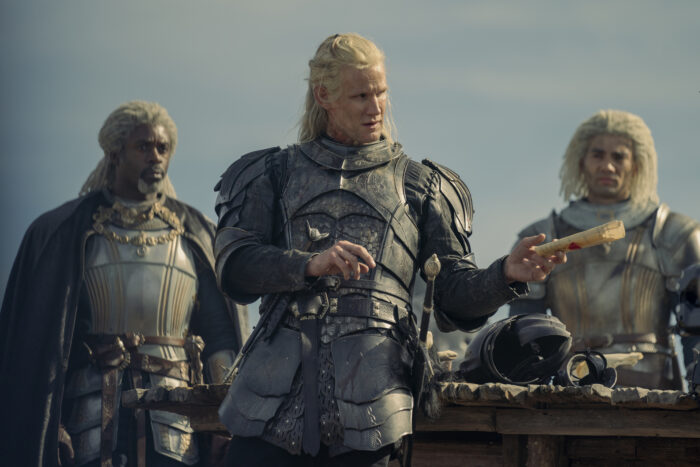 Meanwhile in Westeros, Viserys (Paddy Considine) hosts a royal hunting party. At least, I think that’s what this is. It certainly fits George R.R. Martin’s description of one and I can’t think of another reason the Targaryens would go camping.

Viserys holds baby Aegon in his arms while a heavily pregnant Alicent (Emily Carey) watches. If you look closely you can see that Aegon is clutching a toy Balerion. 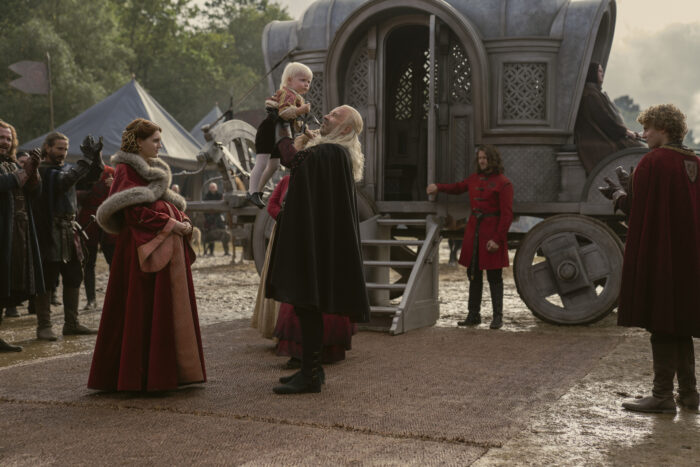 Rhaenyra (Milly Alcock) engages in a staring contest with Ser Tyland Lannister (Jefferson Hall) (or perhaps Jason Lannister, since they’re both played by Jefferson Hall) and gallops away on her horse. 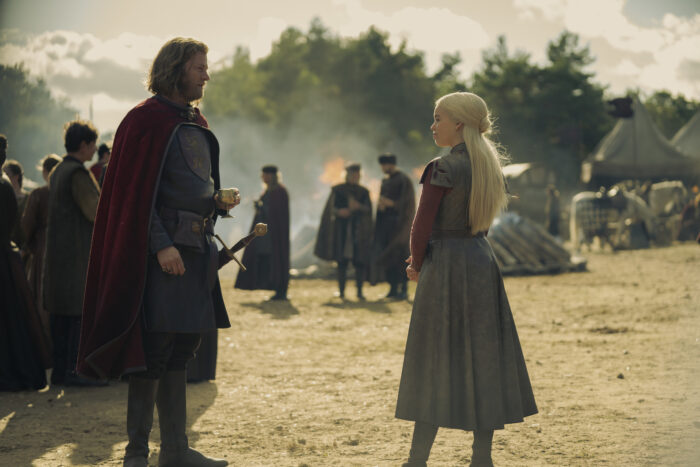 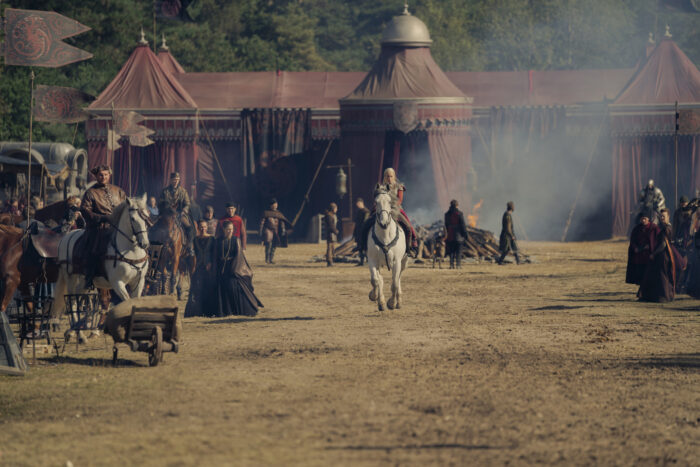 Viserys and Alicent share a moment before a bonfire. When I first saw this shot in the trailer, I thought they might be standing by a funeral pyre, but in the still above of Rhaenyra riding her horse, we can see this bonfire smoldering in the background. 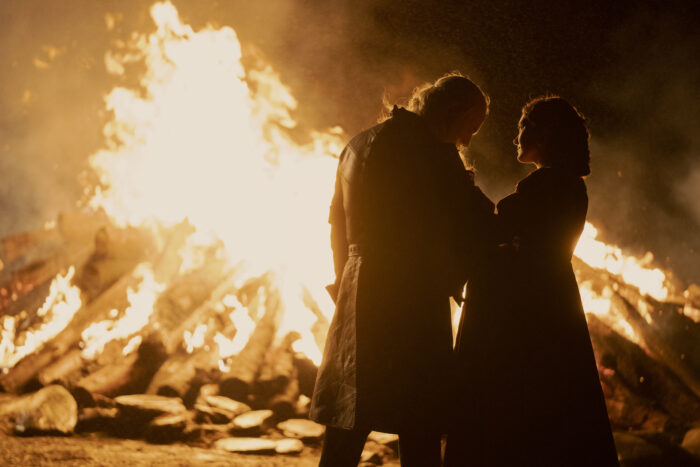 Rhaenyra and Ser Criston Cole (Fabien Frankel) walk their horses through the forest. 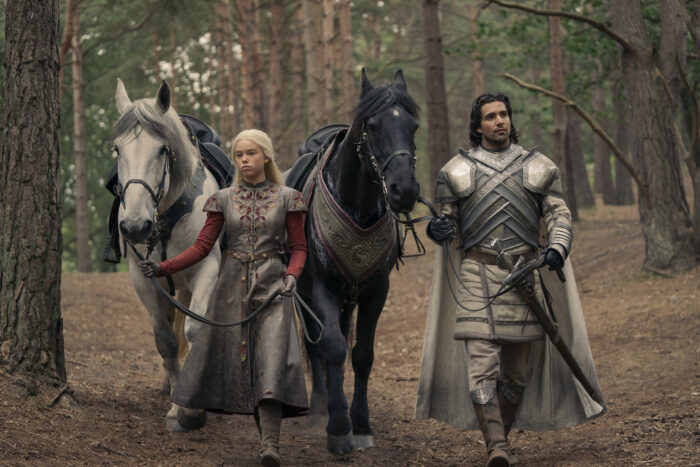 Inside the royal tent, Viserys speaks with Rhaenyra and Otto Hightower (Rhys Ifans). 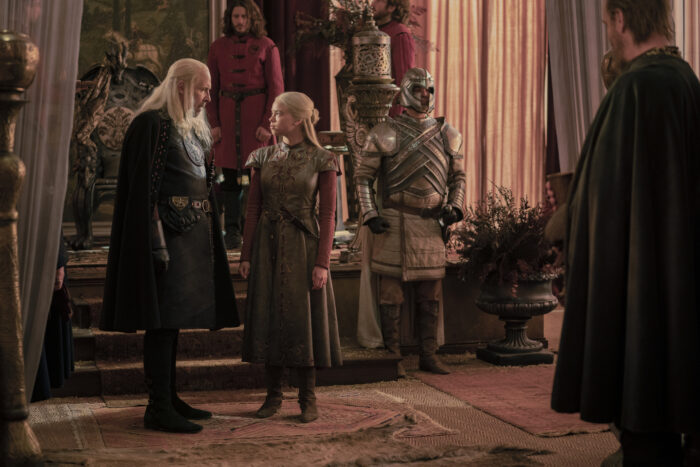 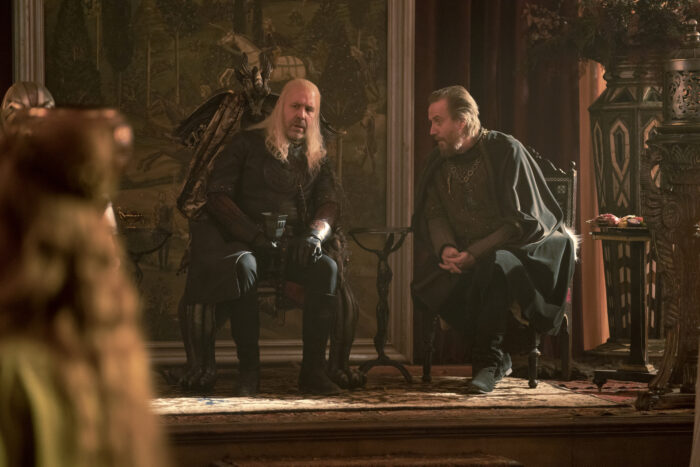 Jason or Tyland Lannister presents a hunting spear to, I assume, Viserys, since we see him using it in the episode 3 preview. 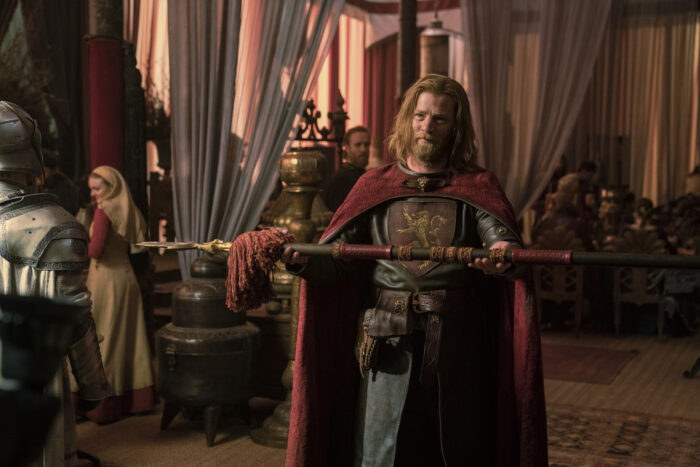 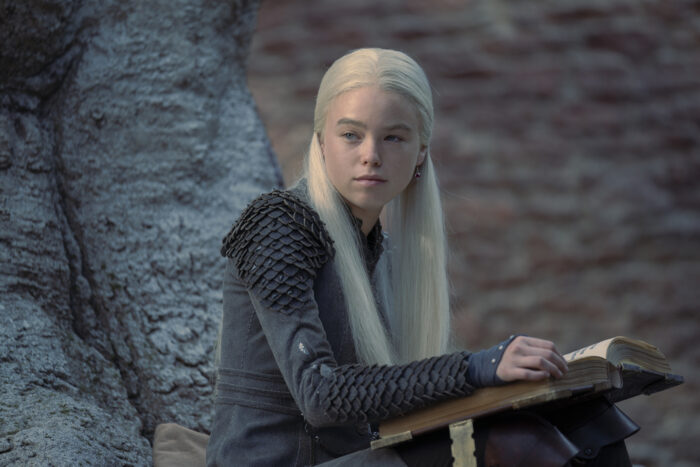 Alicent holds her stomach and looks worried. In these last two photos, it’s clear they’ve made Alcock and Carey look visibly older. By the way, is that dragon statue behind her holding a flashlight? 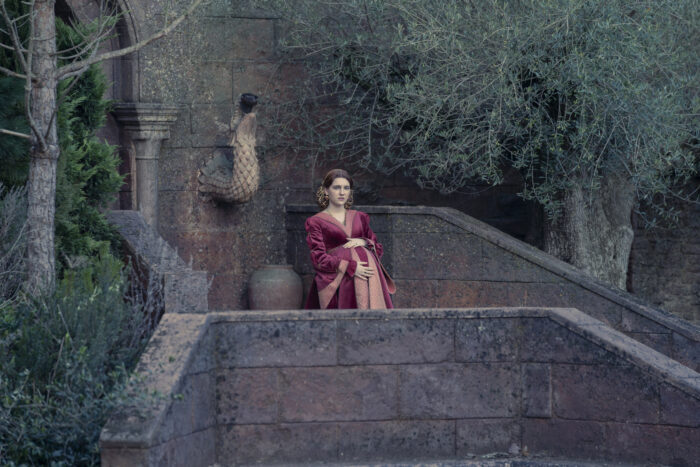 You can check out Warner Media’s full House of the Dragon gallery here.