Enzo Cilenti featured in Hunger; plus new interviews with Eugene Simon & DeObia Oparei | Watchers on the Wall | A Game of Thrones Community for Breaking News, Casting, and Commentary 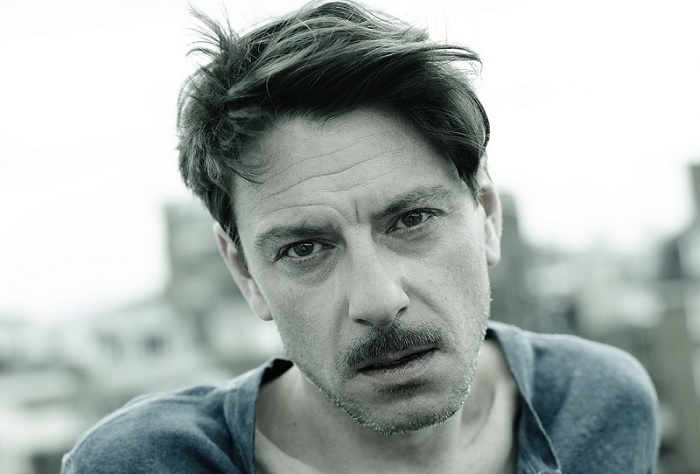 This week’s new episode of Game of Thrones marked the debut of Yezzan, who purchased Tyrion and Jorah from slavers, and Hunger has an interview with the actor who plays him, Enzo Cilenti, as part of their Game of Thrones: Newbies are Coming series. (Check out their other interviews with Alexander Siddig, DeObia Oparei, Jessica Henwick and Toby Sebastian.)

Cilenti is something of a different take on Yezzan than the man in the books who was dubbed “The Yellow Whale.” He tells Hunger:

I read the description of Yezzan when I was doing some research before the audition and thought, “I don’t know why I’m being considered!” But then I stopped being stupid; you have very clever people running the show and part of the joy for those who have read the books is that it sometimes diverts away from the books and sometimes it sticks to them – there’s always a really good element of surprise. David and Dan are incredibly creative and aren’t constrained by thinking in a very narrow fashion. I stopped worrying about not being able to get the job because I wasn’t obese and didn’t smell of urine.

Cilenti takes part in a video Q&A with Hunger as well:

Swing by the magazine for the rest of the interview! 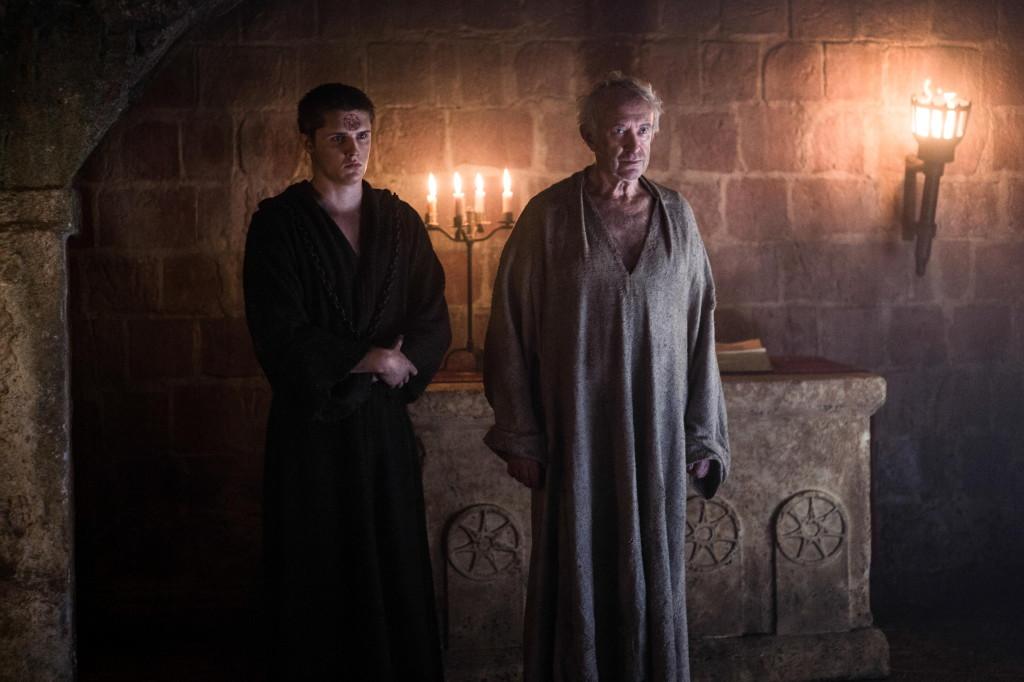 There’s a new interview with Eugene Simon over at MakingGameofThrones discussing Lancel’s change of heart and his revealing of his relationship with Cersei to the High Sparrow in “The Gift.”

On his change since we saw Lancel during the Blackwater battle, Simon says:

I think the way in which Lancel is presented to us now is given so much meaning because of the time that he’s been gone. He believes the only reason he’s still alive is because the gods have a divine purpose for him. Lancel feels that in order for there to be peace in the world, everyone must play by same set of rules. And to him, the gods provide those rules and they’re unbreakable.

HBO asks if it took a lot of prodding for Lancel to “unburden” himself to the High Sparrow. The actor says:

I think it didn’t require a great deal of effort for him to reveal his incestuous relationship with Cersei. The real issue for him is to redeem his sin and to do that, he has to bring Cersei with him. He’s totally bound to Cersei. His redemption and her redemption are one and the same. And his primary challenge at the moment is to pay the penance for that sin. 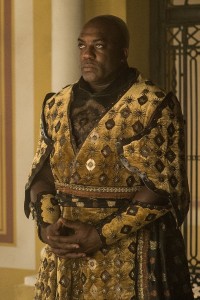 DeObia Oparei talks to Zap2it this week about stepping into the fray between the Sand Snakes and Jaime Lannister in Dorne.

Areo works as a counterweight to the brass hysteria of the Sand Snakes. […] But behind, Areo is also a political animal too. I think we get to see that later on, that he has a mind behind the brawn. I think that’s what’s exciting too, that it’s not just brawn, but of course I’m hungry to take some heads.

Oparei also discusses the interpersonal power dynamics of Game of Thrones, noting that, “The TV show does this quite often with very powerful figures … that in some way they’re physically incapacitated, just as the prince is. Then they have this physical presence that is there to carry out their power.”

The actor has much more to say, so head over to Zap2It for the full interview.