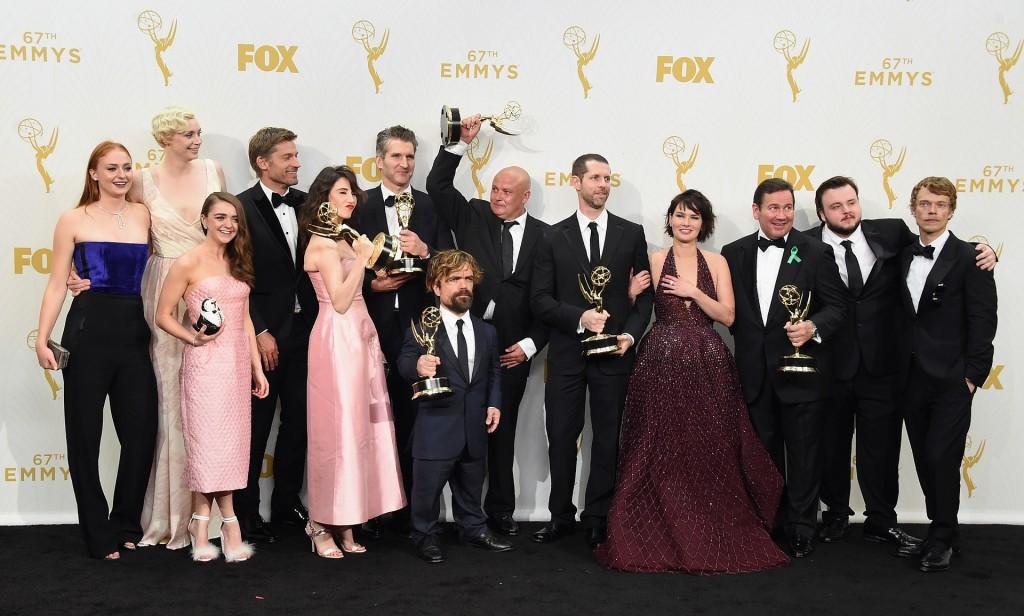 Everything was coming up Game of Thrones last night at the Emmys, from the start of host Andy Samberg’s opening number which began with someone asking, “Did you guys see Game of Thrones?” Jane Lynch dressed up as Septa Unella, threatening to “Shame” the long-speakers, and Samberg chatted with George R.R. Martin mid-show, thanking him for “telling me during the commercial that Jon Snow is alive.”

Throw in Andy Samberg’s HBO Now login of “[email protected]” and Game of Thrones was the dominant presence last night and not just in wins.

It was a big night for the entire network, with HBO receiving 43 Emmy Awards total. It was the most of any network for the 14th year in a row, and the most in the network’s history, says HBO.

We saw the great looks and the usual antics of the Game of Thrones stars on the red carpet last night. Their fun continued throughout the show and well into the evening as everyone gave acceptance speeches and celebrated the wins.

Tracy Morgan presented the award for Drama Series to Game of Thrones, and David Benioff and D.B. Weiss spoke for the crowd of cast and producers flooding the stage.

“Thanks again, HBO, for believing in dragons.”

A visibly shocked Peter Dinklage accepted his Emmy quickly after giving a shout-out to the writers, his scene partner, and the show’s huge cast.

Here’s David Nutter accepting his Emmy for directing “Mother’s Mercy,” the season five finale. Nutter previously won an Emmy in 2002 as part of the directing team for Band of Brothers.

David Benioff and D.B Weiss wished George R.R. Martin a happy birthday as they accepted their writing award. And then Weiss swore on live TV which is always fun.

We would never have won without this incredible actor. Love you, @IAMLenaHeadey. pic.twitter.com/6S5OgduO4Y

Lena may not have won but she did provide the best audience reaction last night:

Lena Headey with your favorite reaction GIF of the night #Emmys pic.twitter.com/pgzicYAe4M

The (arguable) highlight of my night. #GoT #Emmys @amyschumer pic.twitter.com/Fd2USjBInR

Alfie Allen and Maisie Williams amusing themselves in the audience:

HBO threw an Emmys afterparty with all their stars in attendance. 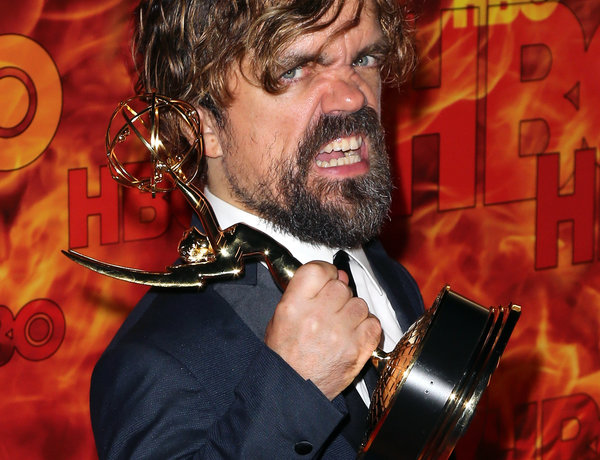 George R.R. Martin at the party: 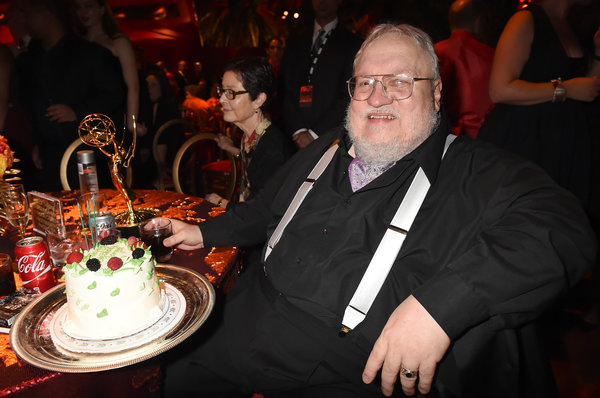 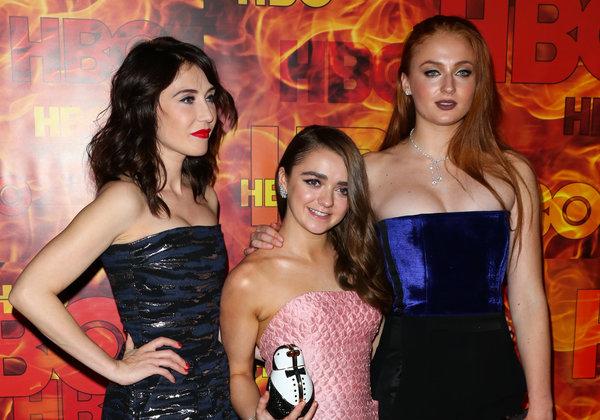 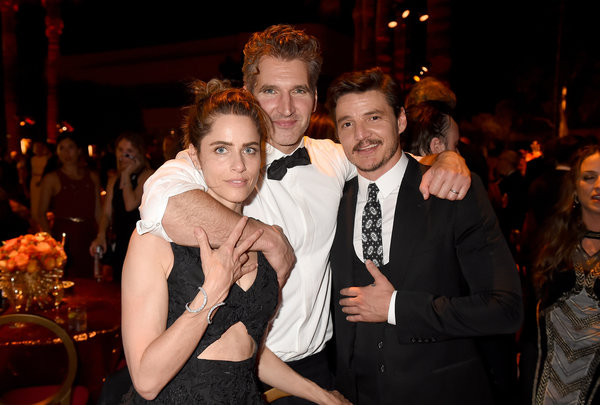 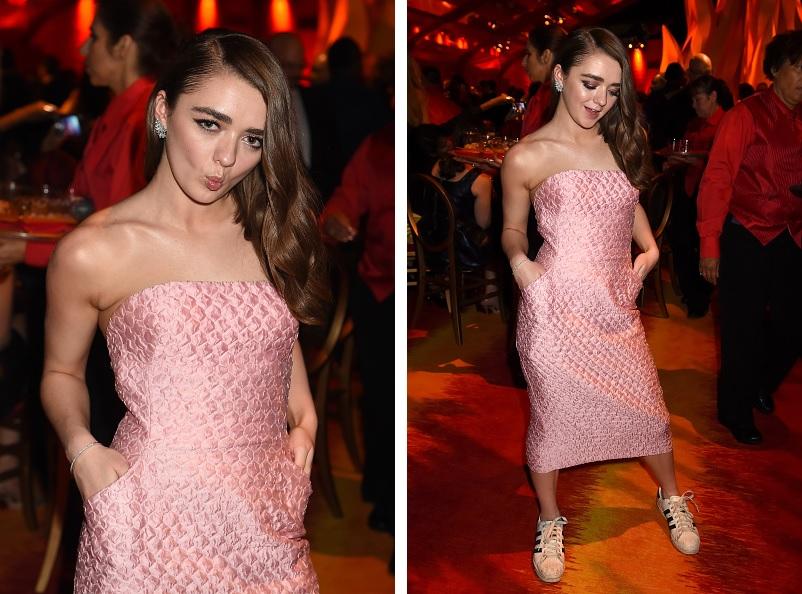 Lena Headey changed into something more comfortable before joining the afterparty:

By the way, Samberg’s HBO Now login? It did work, as many discovered and had fun with last night. 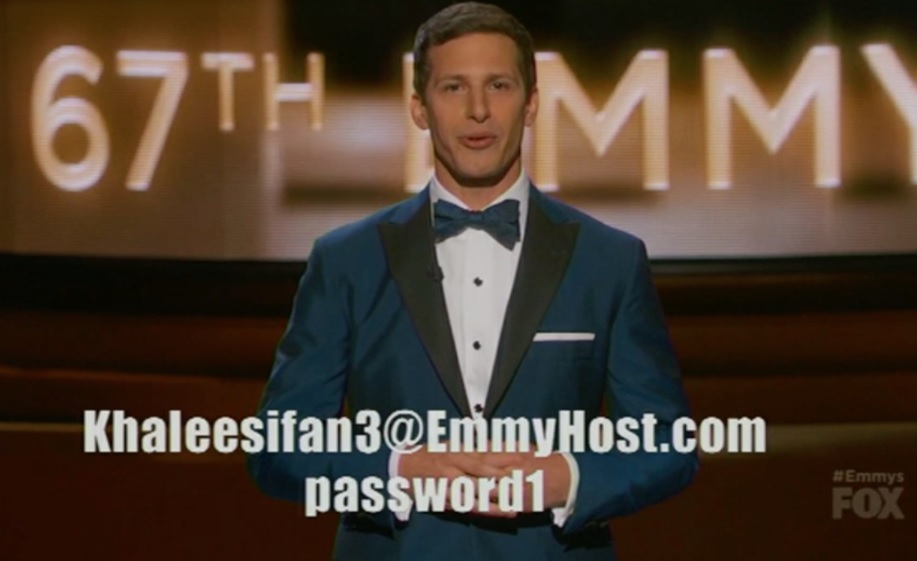 Is this post too long? I’d better wrap it up. Otherwise…

If your speech is too long you will be Shamed. ?? pic.twitter.com/03PCEdcITa