Emilia Clarke says she isn't sure "anyone's ready" for season 8 | Watchers on the Wall | A Game of Thrones Community for Breaking News, Casting, and Commentary 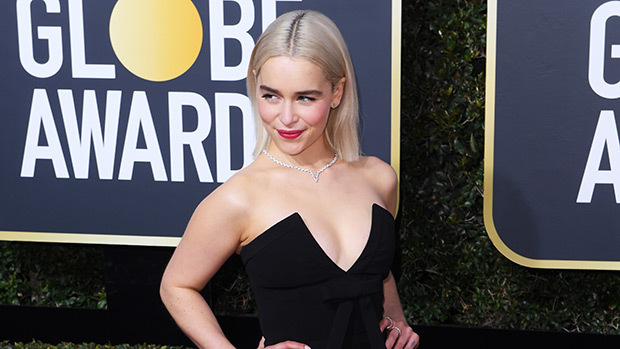 On the Red Carpet at the Golden Globes last night, Emilia Clarke chatted with Access Hollywood about the final season of Game of Thrones and, though she didn’t give away any plot details, she hinted at the immense emotional impact the finale is going to have.

During her brief interview after the Golden Globe awards ceremony, Clarke talked briefly about how much easier dying her hair Targaryen blonde has made her morning routine and raved about Oprah Winfrey’s powerful acceptance speech.

When asked about the recently confirmed two year wait fans will have to suffer through before getting to enjoy season 8, Clarke assured us: “It’s gonna be worth it.” She was, of course, evasive about plot details.

“I’m not saying anything! For heaven’s sake!” she laughed when asked if she’s been filming any Winterfell scenes. However, she did disclose her own reaction after learning the concluding events of of the show.

“I read the scripts [for] this season and I, in some kind of a daze, walked out of my house,” she said. “The only thing I took was my keys and about three hour later I arrived back home and I still hadn’t taken it all in.”