Emilia Clarke on the role of women and being back to square one on Game of Thrones | Watchers on the Wall | A Game of Thrones Community for Breaking News, Casting, and Commentary 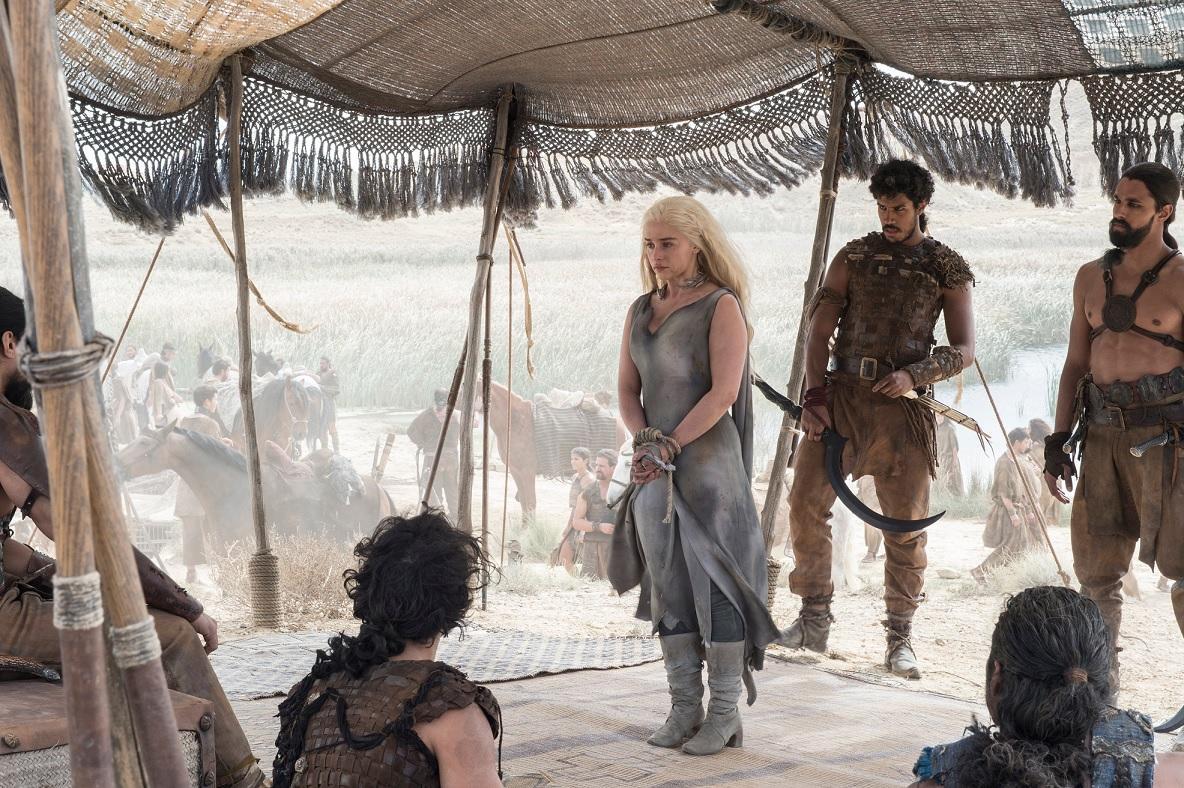 Emilia Clarke talks to Entertainment Weekly in a new interview about what we can look forward to for Daenerys. The actress who brings the khaleesi to life shares what it’s like returning to “square one” with the Dothraki in season 6, and discusses the controversial role of women on Game of Thrones.

In season 6, after flying away on Drogon and landing smack in the middle of a Dothraki khalasar, Daenerys is “back to square one, feeling like a slave – simply for being a woman!”, Clarke says.

On her big season-ending moment, the actress says, “It was lovely because you got that sweet-and-sour of riding off into the distance at last – and then it’s like: ‘Where the f— am I?’ This season it feels like she’s learning the last lesson she needs to learn. She’s not being swayed by anyone. She knows what’s-what. There’s just few remnants of being a human being that she’s shaking off.”

It’ll be a difficult road with this new group of Dothraki warriors, however. “This is not the khalasar that she conquered,” Clarke tells EW. “She knows all too well that getting on the wrong side of the Dothraki is not what you want to be doing. But on the same breath she’s kind of a Dothraki at heart because that’s where she learned her strength. Not just that she’s fireproof and gave birth to dragons, but her strength as a woman.”

Game of Thrones has occasionally been the focus on controversy due to scenes involving women. Clarke isn’t bothered by the show’s depictions, and reports disliking how the scenes are taken out of context.

She applauds the show’s portrayal of women “in so many different stages of development. There are women depicted as sexual tools, women who have zero rights, women who are queens but only to a man, and then there are women who are literally unstoppable and as powerful as you can possibly imagine. So it pains me to hear people taking Thrones out of context with anti-feminist spin – because you can’t do that about this show. It shows the range that happens to women, and ultimately shows women are not only equal, but have a lot of strength.”

For more of Clarke’s thoughts, read the complete interview at Entertainment Weekly!