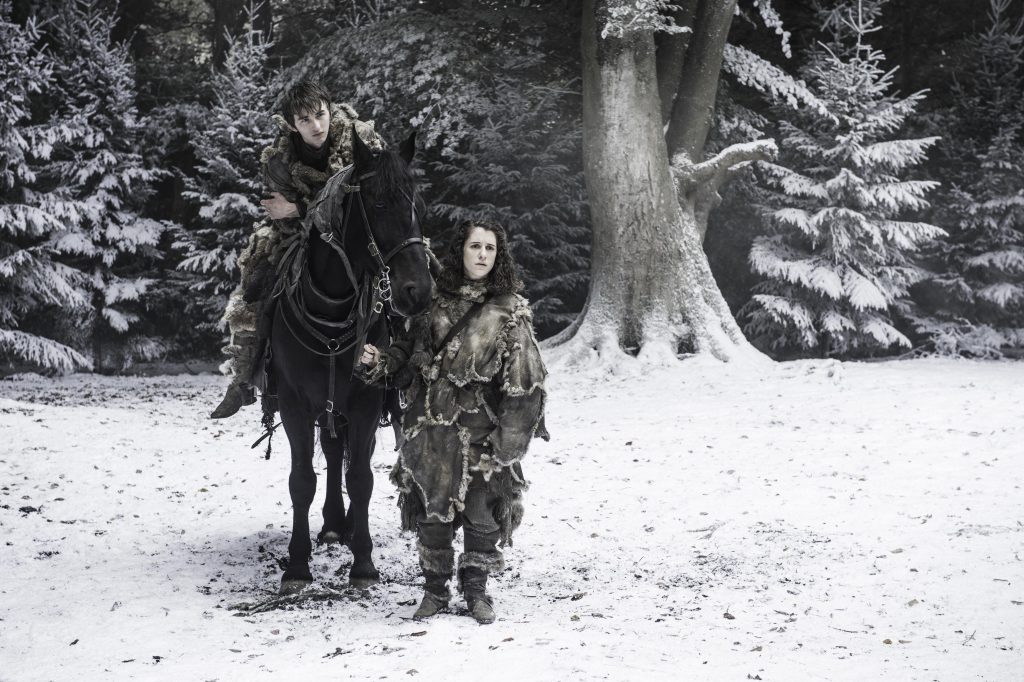 Ellie Kendrick (Meera Reed) remains as immersed in the world of Westeros as the rest of us die-hards during the off-season. She continues that streak today by taking part in fans’ most sacred ritual: theorizing. Over at Inverse, Kendrick tackles the popular fan theory that connects her to another curly-haired Northerner.

The theory that Jon Snow and Meera Reed are actually long-lost siblings (separated by Ned’s wishes to keep them safe and entrusted by Howland Reed) ignited a spark throughout our community. Kendrick offers her thoughts on the possibilities:

I don’t really get as involved in them [fan theories], purely because it would drive me mad, because I’ve got no way of knowing whether it would be true or not. Because we genuinely don’t get told; the secrecy is so intense. Sometimes I wish I could give people answers when they’re like ‘is this theory true?’ and I’m like ‘I dunno, it might be?’ I mean, that Jon Snow and Meera theory, it would be lovely for me if it were true, because it would be a really interesting thing for Meera. But I haven’t been told anything about it. I think what we’ve been told about Jon’s parentage would imply that it kind of disproves the theory. But it’s impossible to know with these things.

The theory was mostly debunked by the season 6 finale “The Winds of Winter” but this is Game of Thrones and twists are always on the horizon.

Kendrick also touches on the backstory narration she did for the Blu-ray/DVD release of season 6 for the Great Tourney at Harrenhal.

I knew a little bit about all that stuff, because I read some of the books. […] And my god, those guys have done their research. They know all of those worlds totally inside out — so it’s great to be a part of the project which allows people who are interested in those worlds to really find out more.

Of the side stories, I’m really intrigued by Meera and Jojen’s parentage. Who the crannogmen are, who Howland Reed is — because we haven’t really seen him. I’ve got no idea, but I hope we get to a place where we can find out more about their backstory. It’s so mysterious. And in the books, Meera has a trident and a net — that’s how she fights people — and they eat frogs, they’re like these crazy kind of characters in the books. I want to find out about the crannogmen and the weirdness going on with them.

Be sure to check out the full interview at Inverse where Kendrick jokes about the more eccentric fan theories out there and the surprise reveal in “The Door.”

Where do you stand on the Jon/Meera theory? Let us know below!