Ellie Kendrick talks Bran, season 7, and takes fans behind the scenes of Game of Thrones season 6 | Watchers on the Wall | A Game of Thrones Community for Breaking News, Casting, and Commentary 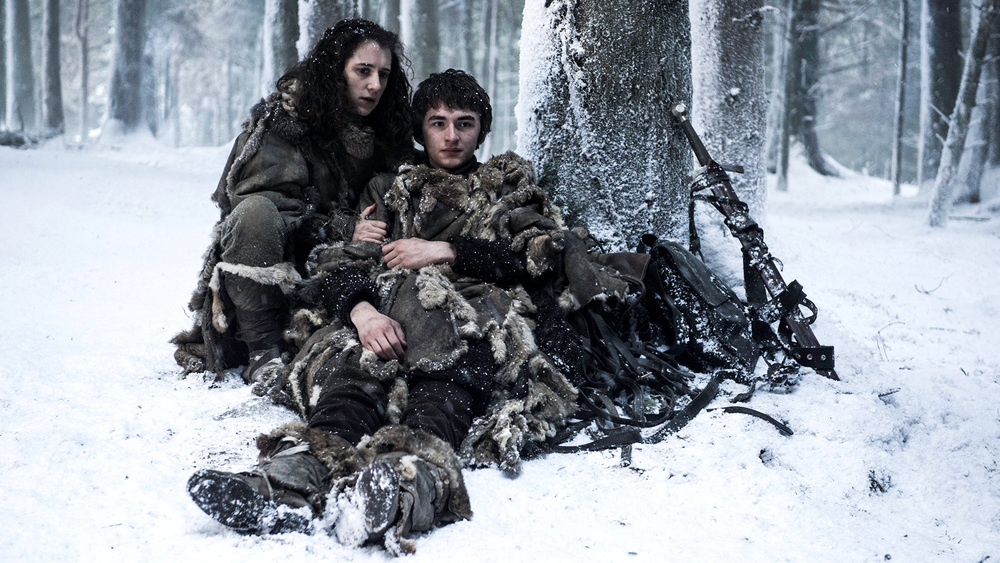 Ellie Kendrick gave fans a behind-the-scenes look at season 6 of Game of Thrones at a fan event celebrating the release of the new Blu-ray/DVD, last weekend in New York City. At the Astor Place event, fans enjoyed unique immersive experiences like the cave where the wights attacked Meera, Bran, and Hodor, the Battle of the Bastards, the Temple of the Dosh Khaleen, and more.

Talking to MTV, Kendrick defends Bran and details what she loves about his character. With Vulture, she dives into the experience herself as she takes Hodor’s place in the cave.

As an unabashed Bran supporter, Kendrick relishes the respect she has for the character with MTV:

He’s a little tiny boy who gets plunged into this political chaos, and he’s got this stranger in the form of Meera looking after him, dragging him around. I love the story line he has because he’s this kid who’s been forgotten, but he has these incredible powers to unleash. It makes me think of Stranger Things a bit. He looks small and weak, and yet he’s got this immense strength and capability of mind. That’s going to be one of the most exciting things in the coming episodes because he can reveal all of the past and the future.

She even teases Meera’s role in season 7:

Meera’s main job is the protector. She’s not going to storm in there and tell everyone what to do. She’s the bodyguard. She’s the one who’s got Bran’s back, and she’s making sure that he gets to the places he needs to get to. She sees this as her duty to carry out this mission for him. It’s in her blood; the Reeds are fiercely loyal to the Starks, and she’ll give everything that it takes to protect Bran.

Kendrick ends the interview with admiration for her character as the only woman to have killed a White Walker (“Pretty cool, right?”). Be sure to check out MTV for the full interview! 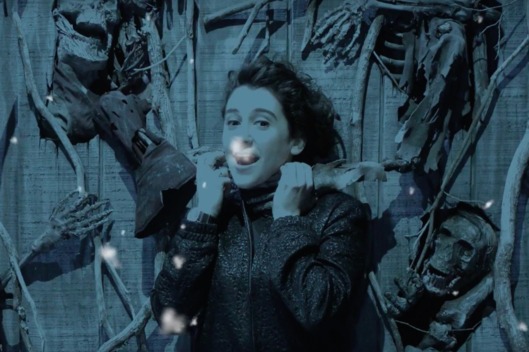 “I should have done this for Halloween!” [laughs] This is so cool!” Credit: Vulture

Admiring the weaponry on display, she describes the stunts and props behind the series:

It’s a shame you can’t wield that [touching the tip of a White Walker blade.] I’d love to take a swing with that. They don’t let the actors use the proper blades, obviously. Our amazing props department makes different versions for us, to rehearse with and to use on the show, and sometimes they’re real but with blunted blades. You only get something sharp if you need to cut something. That’s a peril, isn’t it? [laughs] Hazards of the workplace. But it would be so badass.

Touching the “weirwood” at the Astor Place event, Ellie says, “Let me see. A vision … I see … that season seven is going to be really great! I think that’s what the tree is telling me!”

For more behind the scenes, head on over to Vulture!