Dragons landing in four cities to celebrate the release of the Game of Thrones Season 5 DVD/Blu-ray | Watchers on the Wall | A Game of Thrones Community for Breaking News, Casting, and Commentary 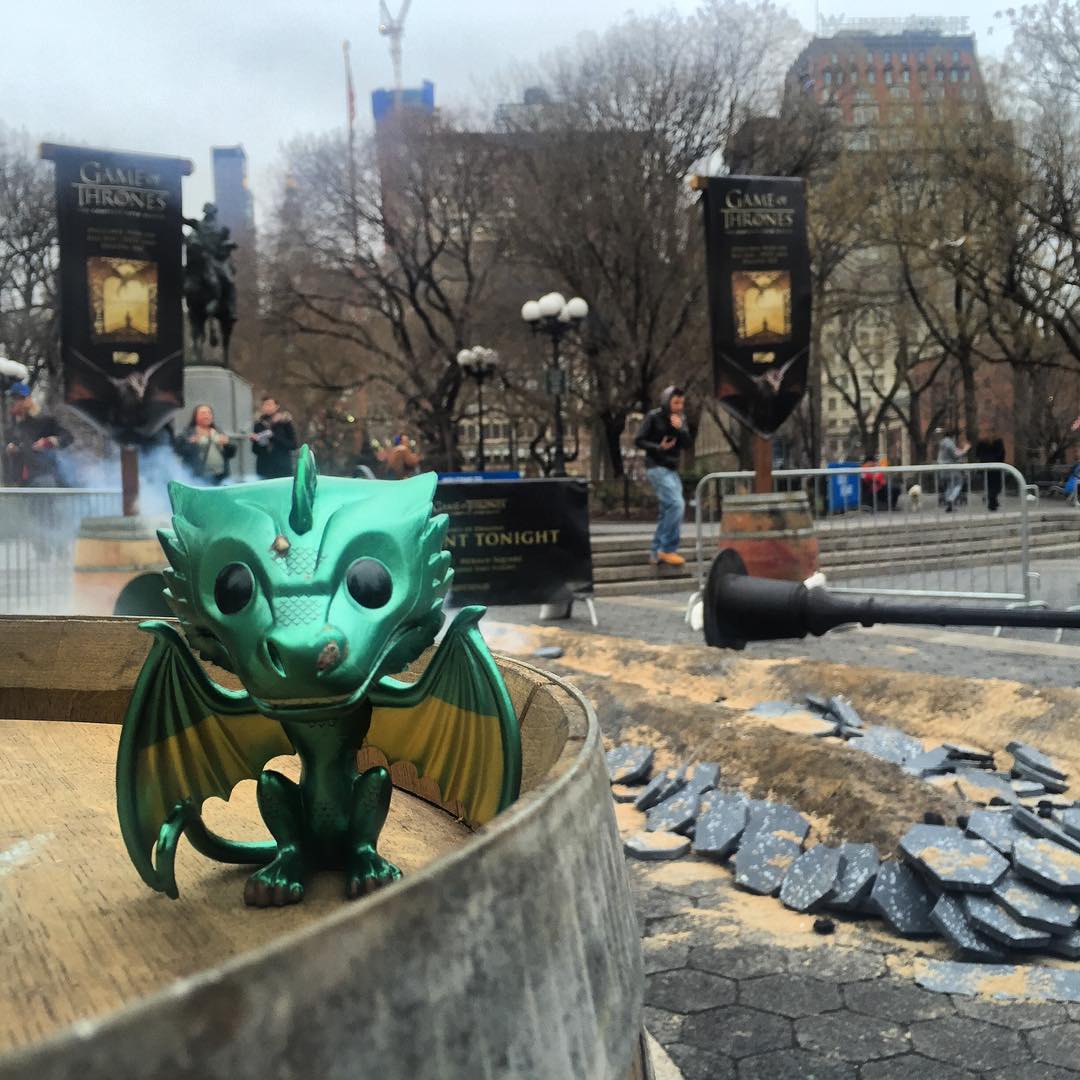 Game of Thrones fans in four cities across the United States should beware – dragons are coming! People in New York, Los Angeles, Philadelphia and San Francisco will be waking up this week to find that dragons are landing.

The dragon-themed events will be celebrating another arrival- Game of Thrones: The Complete Fifth Season, arriving today on Blu-ray and DVD.

Following up on the landing, HBO is hosting a special outdoor fan event tonight in Herald Square in New York City. The event will include a screening of “The Dance of Dragons,” a 20 minute animated feature from the Blu-ray, plus giveaways of the season 5 Blu-ray and other Game of Thrones merch. Fans will then watch as the dragon “takes flight” via a 3D animated projection that will soar across the city. 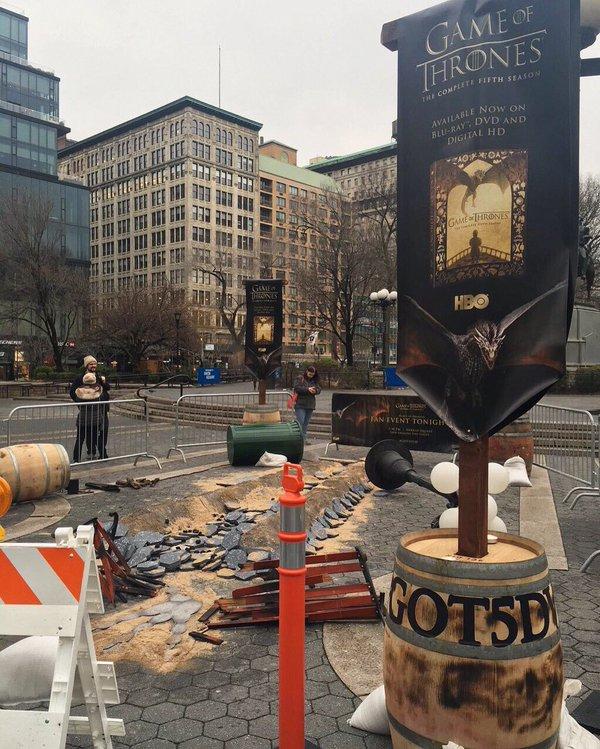 Additionally, it’ll be making an appearance in Dilworth Plaza, City Hall in Philadelphia tomorrow March 16th, and at Pier 39 in San Francisco on March 17th.

If you spot the dragon or their landing places this week, let us know with the #GOT5DVD hashtag! We’d love to see the events across the country, and any meetings you have with your fellow fans.