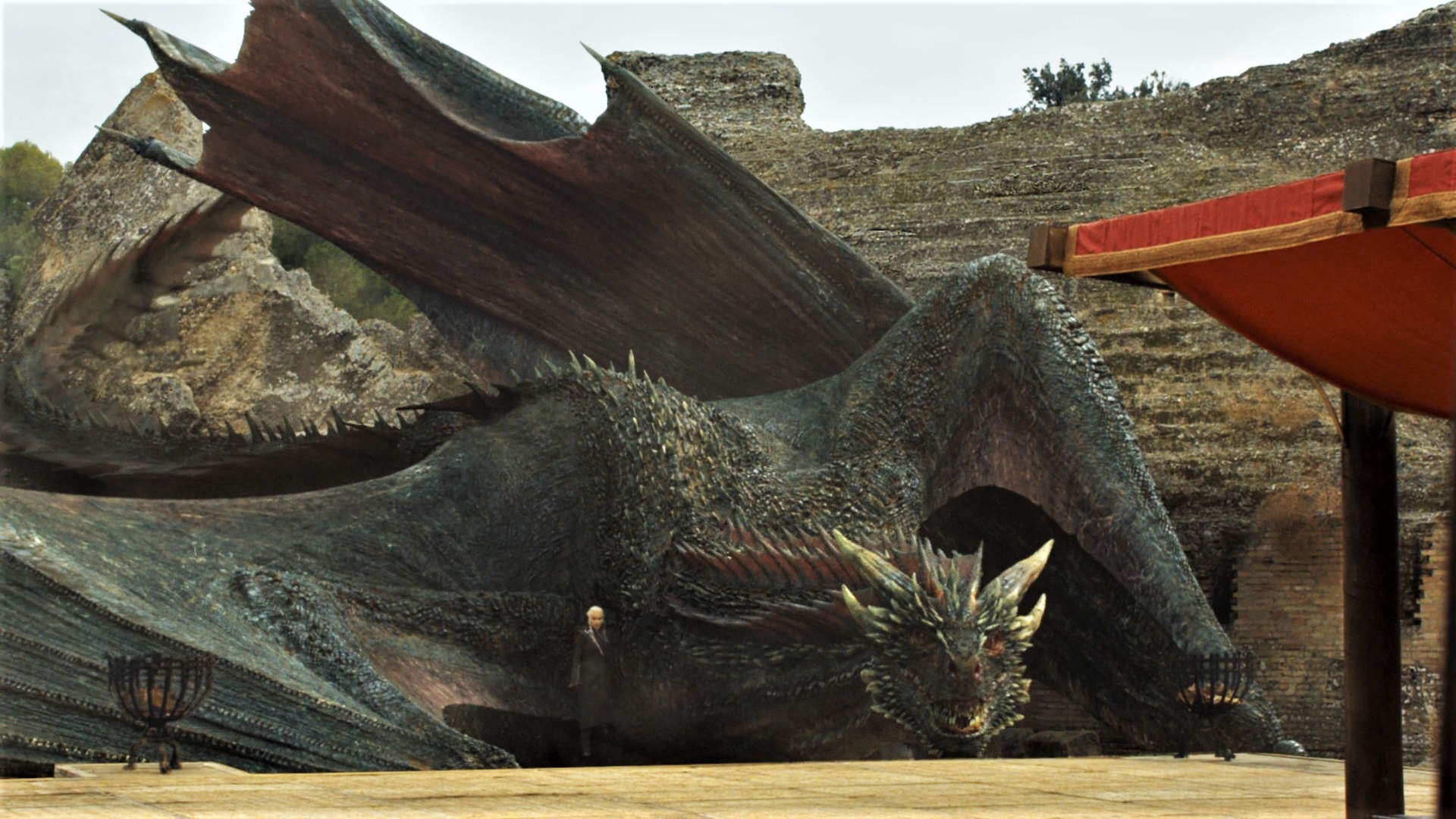 Will one of the last dragons return to this Targaryen ruin in season eight?

Game of Thrones is back in Spain for one last time! With season eight filming in Itálica reportedly scheduled to begin next week, the production crew has had much less time to prepare the location than they did last time, but they’re getting it done anyway: in a single week since construction began, the main work has been completed!

Itálica’s amphitheater in Santiponce, Seville has been partially open during construction, which, despite an apparent ban on taking photos, resulted in many more photos and videos (including aerial footage!) of the set’s construction than we are used to:

Though built much more quickly, the platform over the animal pit looks just like it did for season seven before it was embellished. If you recall, this is where Jon, Daenerys, Cersei and a dozen other characters met to hash out their differences in the face of the real enemy: the White Walkers and their army of the dead. If whatever happens here in season eight turns out to be just as momentous, the Dragonpit scenes filmed in the coming weeks will be ones to which we should pay close attention.

Will it be another tense political parley? Perhaps a certain long-awaited duel? May we see Drogon, Rhaegal and/or the undead Viserion perish in this dragon cemetery? There are too many exciting theories right not, but we should see what it’s actually all about soon enough, as the cast arrives in Seville and we hopefully get a glimpse of filming.