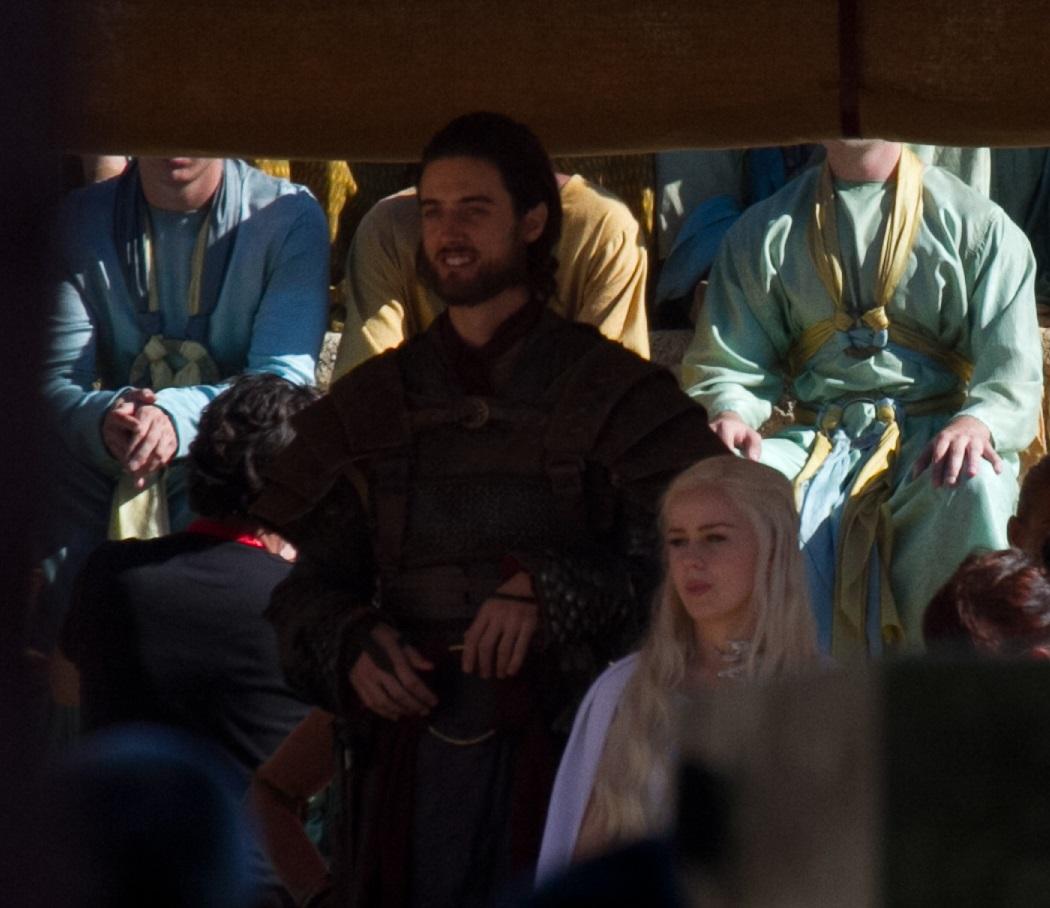 The photos for Daznak’s Pit being shot in Osuna are coming in hot and fast.  We posted some images on  Sunday, Oct 19th in “New photos of Game of Thrones filming in Osuna’s bullring“ but without clear facial shots it was hard to determine if they were actually Emilia Clarke as Dany and her retinue.  However, WotW can now confirm that they were indeed doubles. The slideshow after the cut shows their faces so it is finally clear.  This is in contrast to our post from yesterday, which showed the real actors on a review stand watching fighting below.

Clearly the Daznak Pit scene will be important and large in scope as they are taking the time to make some long shots with doubles and crowds, medium shots and close-up reaction shots with the real actors, multi-person fight scenes and, as noted before, a massive green screen.  It has all the right ingredients to become an iconic scene for the show.

MAJOR SPOILERS after the cut!

Thanks to WotW reader Alikat for submitting the photos!