Director Jeremy Podeswa discusses the uncertain future of Jon and Dany, filming an 'intense' death and Tyrion's jealousy | Watchers on the Wall | A Game of Thrones Community for Breaking News, Casting, and Commentary 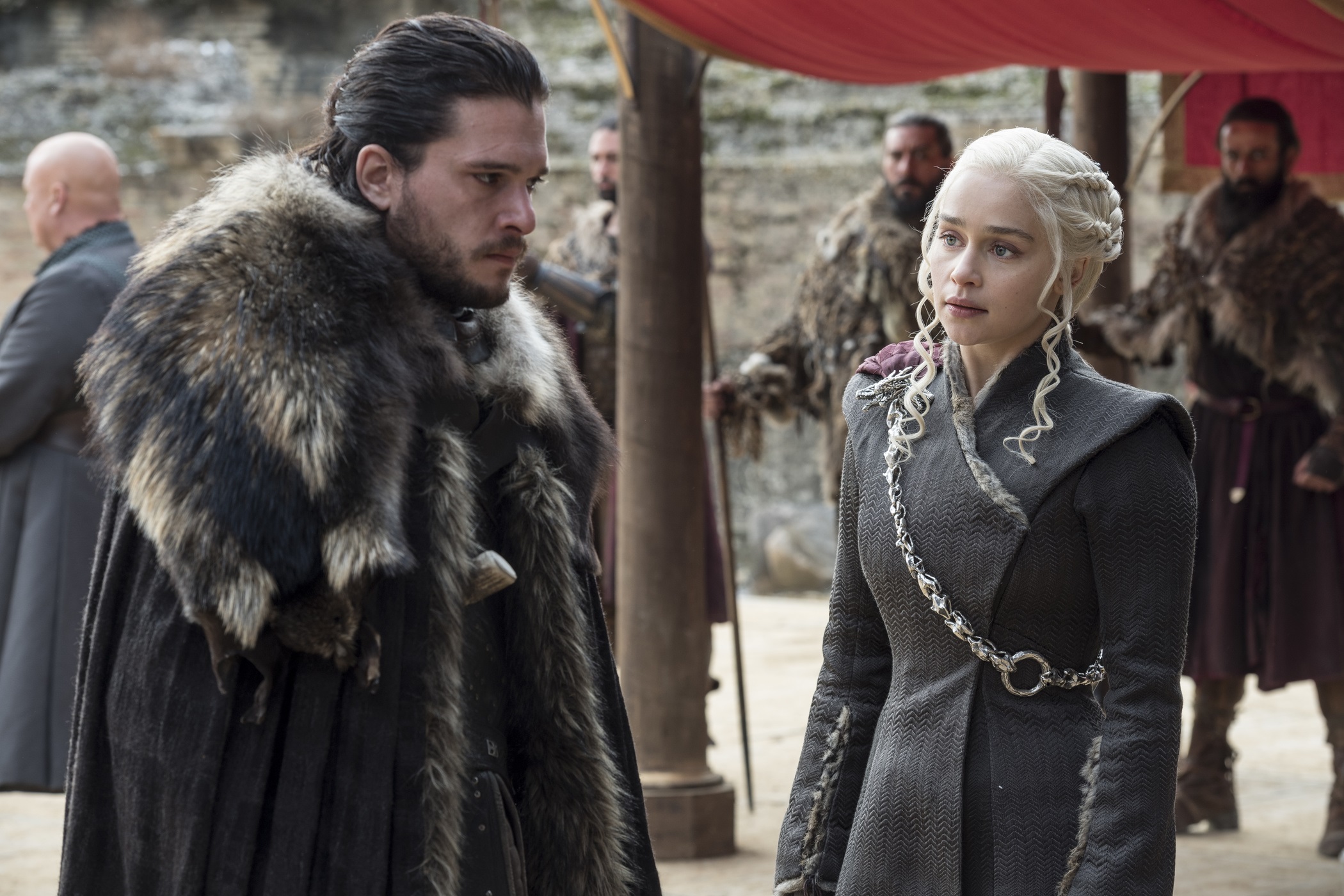 Whether you shipped them from the get-go or eye-rolled your way through their season-long courtship of sorts, the S.S. Jonerys set sail in Game Of Thrones‘ season 7 finale, “The Dragon and the Wolf” with a roll in the sheets for Jon Snow and Daenerys Targaryen. Some of the realm cringed at the aunt-nephew incest (although they kind of get a pass, since they don’t know yet they’re related), but mostly, the Jon-Dany hookup brought up a whole new host of questions about what happens next.

“It’s an epic revelation about the past, and an epic revelation that’s suggestive of the future and what’s going to happen,” director Jeremy Podeswa told The Hollywood Reporter. “For us, it was very important that there be a question about what could possibly happen after this moment. We know now the full history that led to this moment, but now what’s going to happen?”

“We built in a moment between Kit and Emilia where they stopped for a moment and looked into each other’s eyes. The intention from my point of view, and their point of view too, is that they’re driven by passion into this. They don’t even fully understand what it’s all about and what the consequences of it are. They really can’t stop themselves. It’s almost destiny that’s bringing them together,” Podeswa added.

He also touched on the “intense” mood on set during the scene in which Arya killed Littlefinger, which was so moving for some crew that it brought tears to their eyes while filming.

“Aidan [Gillen]’s performance was so, so passionate, and so surprising in a way. You know, he’s an amazing actor, but there’s a color we haven’t really seen from him on this show, because throughout the series, he’s a character who manipulates things, who controls things, who’s on top of everything,” Podeswa said. “He seems to hold all the cards most of the time. This is the first time where we’ve seen him completely thrown and completely unbalanced and really having to beg for his life in the end. He’s so vulnerable, and I thought what he brought to the scene was so amazing. We were really just riveted, all of us, just watching it.” 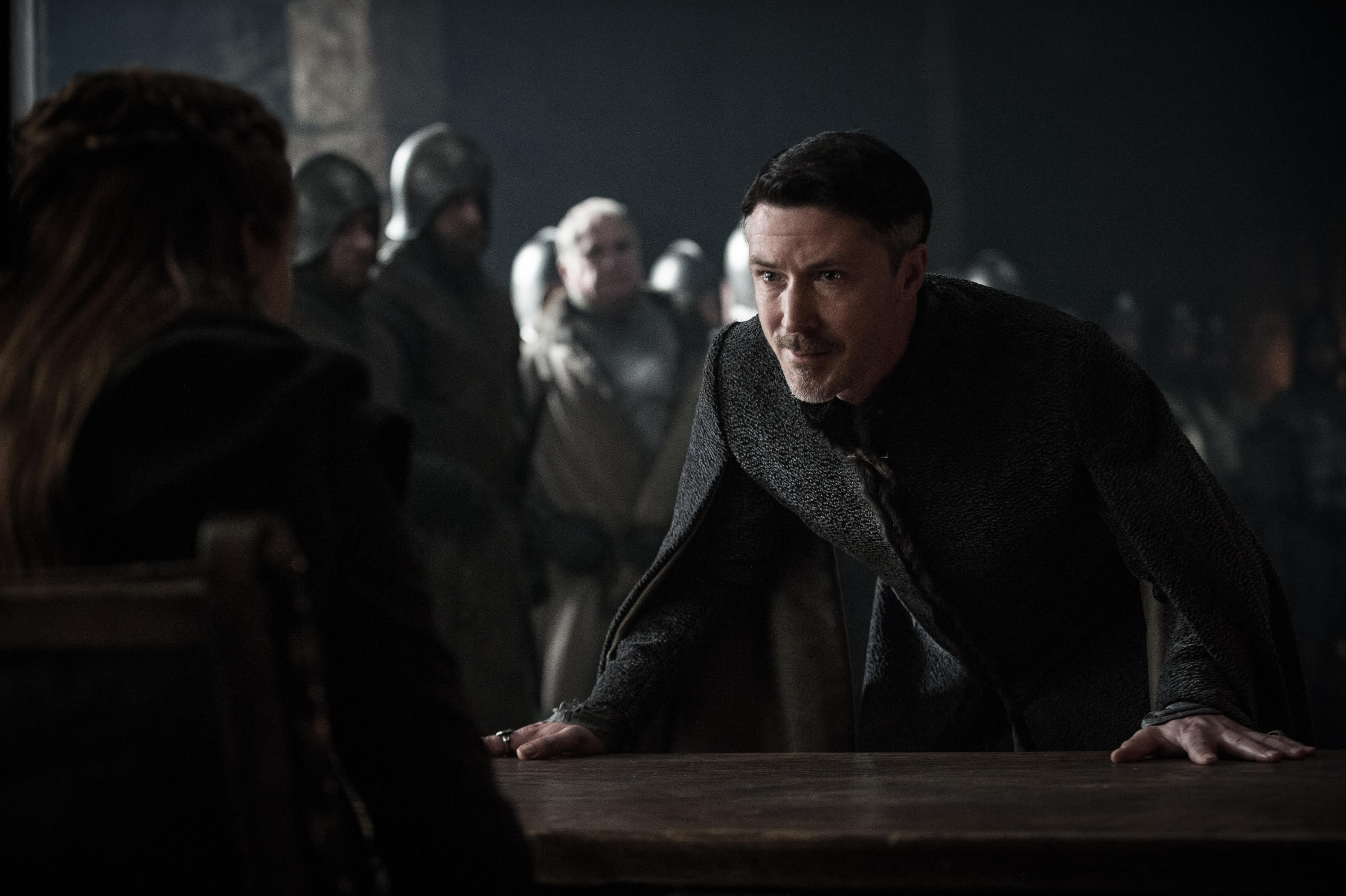 Few things were more satisfying to “Thrones” viewers than Littlefinger meeting his end.

Podeswa also discussed his reaction to learning that the Wall would be brought down at the end of the episode by the Night King riding a resurrected Viserion.

“It was very exciting. When you’re reading the script, you’re thinking to yourself, ‘Oh my god. They’re really going there.’ So that was my first response,” he said. “Then it was like, ‘Wow. This is an enormous, spectacular sequence. How are we actually going to pull it off?’ “

The answer, he said, was a combination of practical and special effects, with scenes like Tormund and Beric on top of the Wall shot at the Belfast studios but things like the panoramic views of the Wall and — obviously — Viserion’s blue flame created by the visual effects team.

“The Dragon and The Wolf” also gave rise to a new fan theory: that Tyrion, who watched Jon enter Dany’s cabin with an expression akin to jealousy, is in love with Dany. However, in a separate interview with the Daily Beast, Podeswa threw some cold water on the theory.

“Well I think there’s jealousy, but it’s maybe not romantic jealousy, in the way that it is for Jorah, for example,” he said. “I think that for Tyrion, it’s more complicated. I think he has a very special relationship with Dany and he really believes in her as a true leader and has invested a lot in her. I think for him, with Jon and Dany getting together, this represents a possible undermining of his position with her and also a monkey wrench thrown into what the master plan really is meant to be around this entire alliance.” 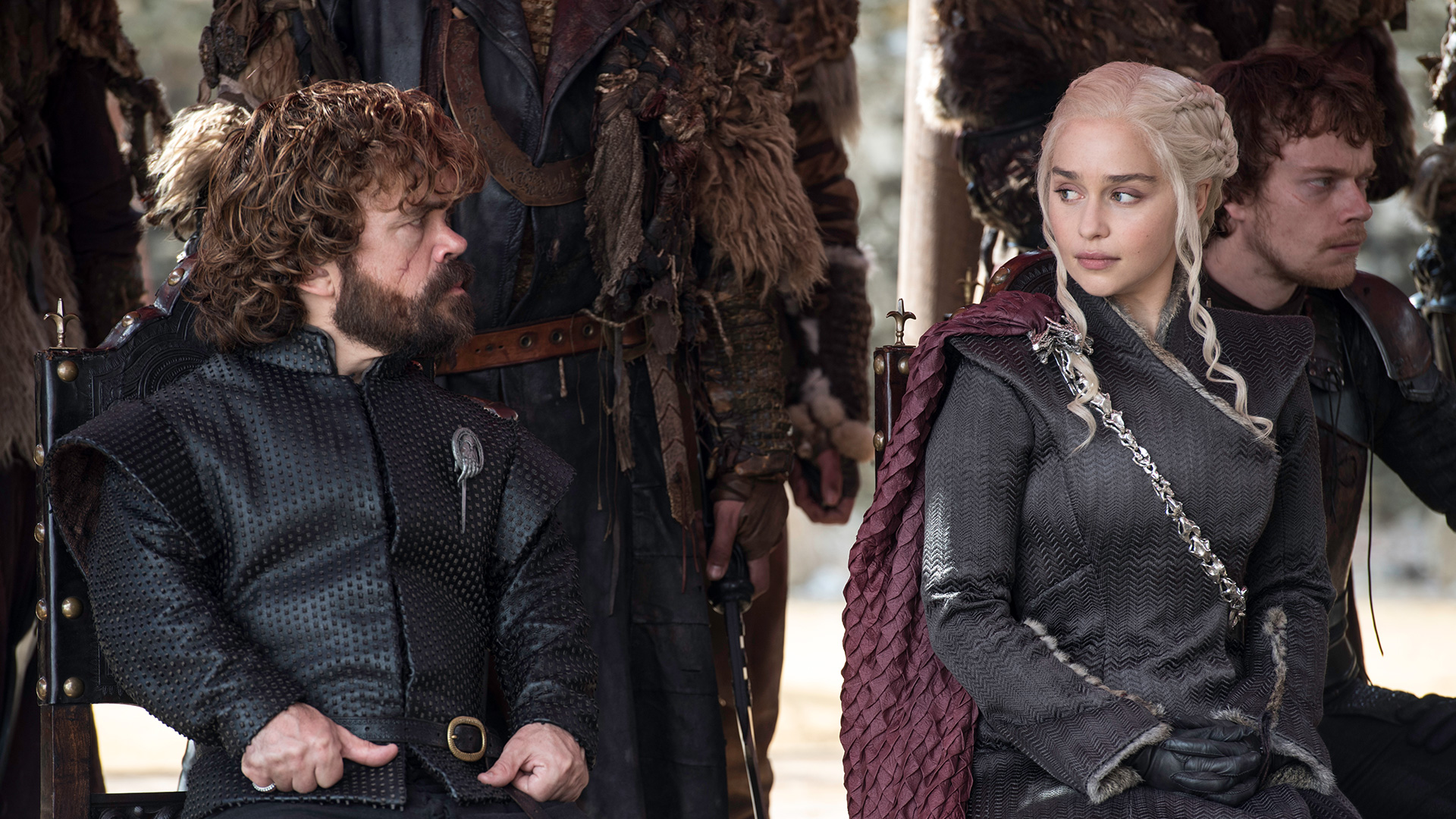 What is going through Tyrion’s head now that his queen and Jon Snow have gotten together?

Podeswa said he sees Tyrion as “a bit of a strategist” who now is worried about the unknown factors that Jon and Dany’s relationship will present. “He can’t see where this is gonna go and that’s very difficult for someone who is always thinking three steps ahead.”

The veteran Thrones director also said that filming the conversation between Tyrion and Cersei was “one of his favorite ever” to shoot.

“It’s the sort of scene that’s a long time coming because their characters haven’t been together for a long time. There is this tension in the scene that Cersei really could kill him at any moment,” he said. “He knows it and I think there’s this tension for the audience too that it could completely go off the rails at any time.”

In addition to the Tyrion-is-in-love-with-Dany theory, the internet also has been abuzz with different takes on what was said off-screen between Tyrion and Cersei after he discovers she’s pregnant (although that’s a whole different conspiracy theory in of itself, if you believe some viewers). Podeswa said there “definitely was more conversation after that,” but the more important takeaway from the scene is that it brings her back to the Dragonpit to agree to the alliance (at least at first).

“The essence of it is where it gets to at the end of that scene. I think, for me, that’s one of the great moments for both those actors,” he said. “I literally had to take a breath. The first time they played [the pregnancy reveal], I was like, (gasp). It was a very powerful moment.”

The full Hollywood Reporter interview is available here, while the Daily Beast interview can be read here.