In-Depth Look INSIDE King’s Landing set & Classic Filming Location Back in Season 8! | Watchers on the Wall | A Game of Thrones Community for Breaking News, Casting, and Commentary 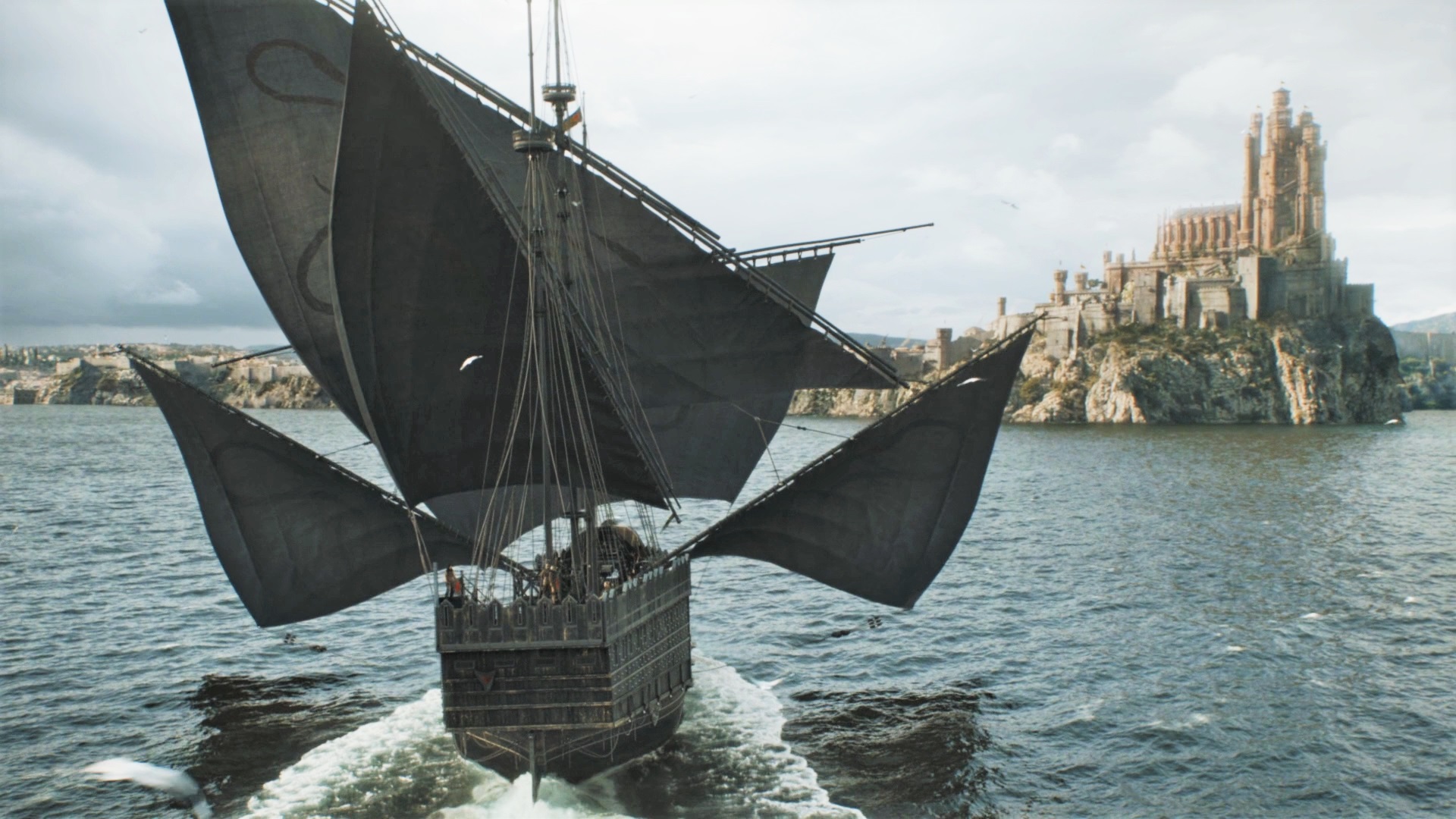 We have been following the construction of the King’s Landing set for half a year now, and we have learned “much and more” (as Martin would put it) about this gigantic achievement created by Game of Thrones production designer Deborah Riley (who, incidentally, may soon be awarded by BAFTA for season seven’s sets.) However, we have never gotten a truly inside look—it’s all been furtive glimpses. But that changes today: not only will you see the set from within, but also that filming may have finally begun!

Beware: though there are no explicit story spoilers below, the mere presence of certain locations and their condition could be considered a spoiler—in fact, we also bring news of an old location returning unexpectedly! Still, I encourage everyone to take a peek!

Belfast Live were the ones who got their hands on these absolutely amazing photos from inside the King’s Landing set on Titanic Studios, Belfast. If you thought the set looked impressive all these months, with all those faraway shots, your jaw may drop with these:

We’ve seen this view often enough. The only new detail is the snow! Photo: Belfast Live 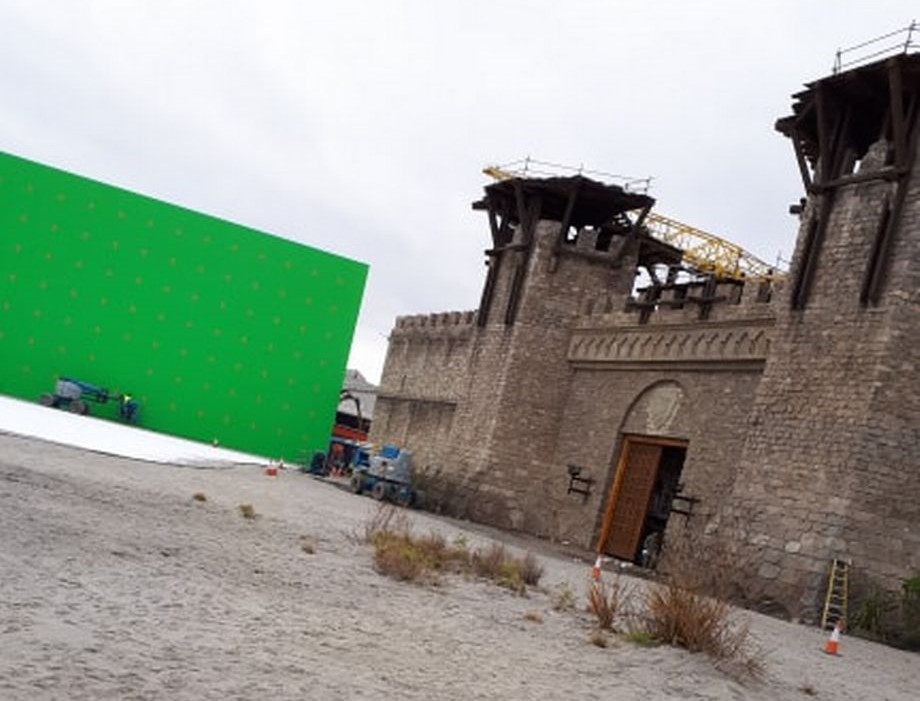 The closest look we’ve ever gotten of the city gate. Photo: Belfast Live 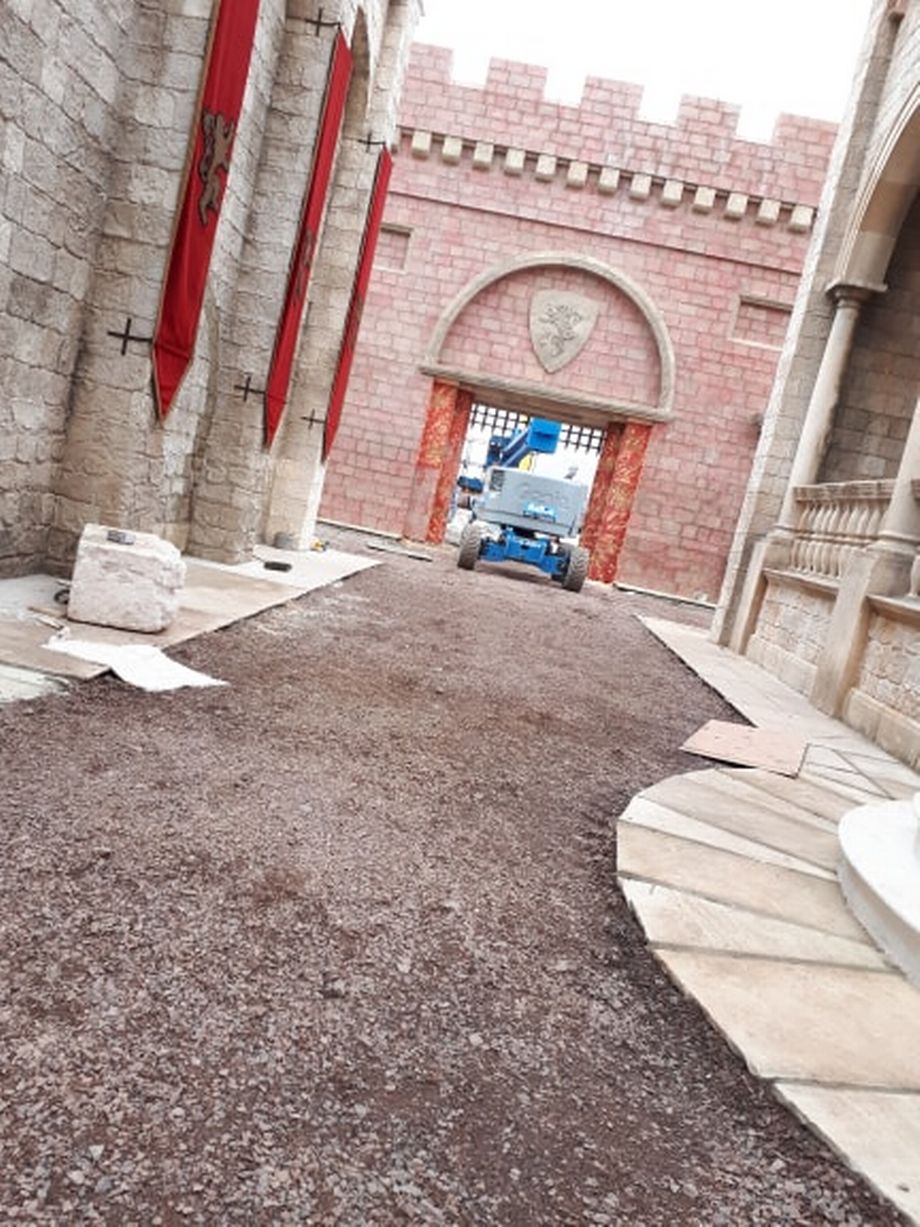 The Red Keep is on the other end of the set, as we’ve previously reported. Photo: Belfast Live 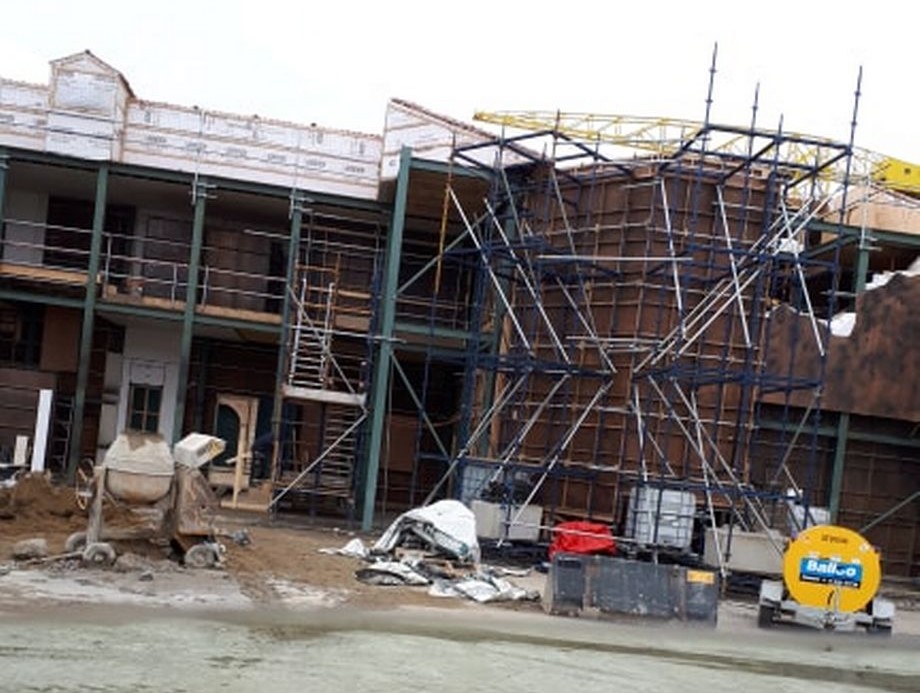 This is a behind-the-set look, to the other side of the building facades. Photo: Belfast Live 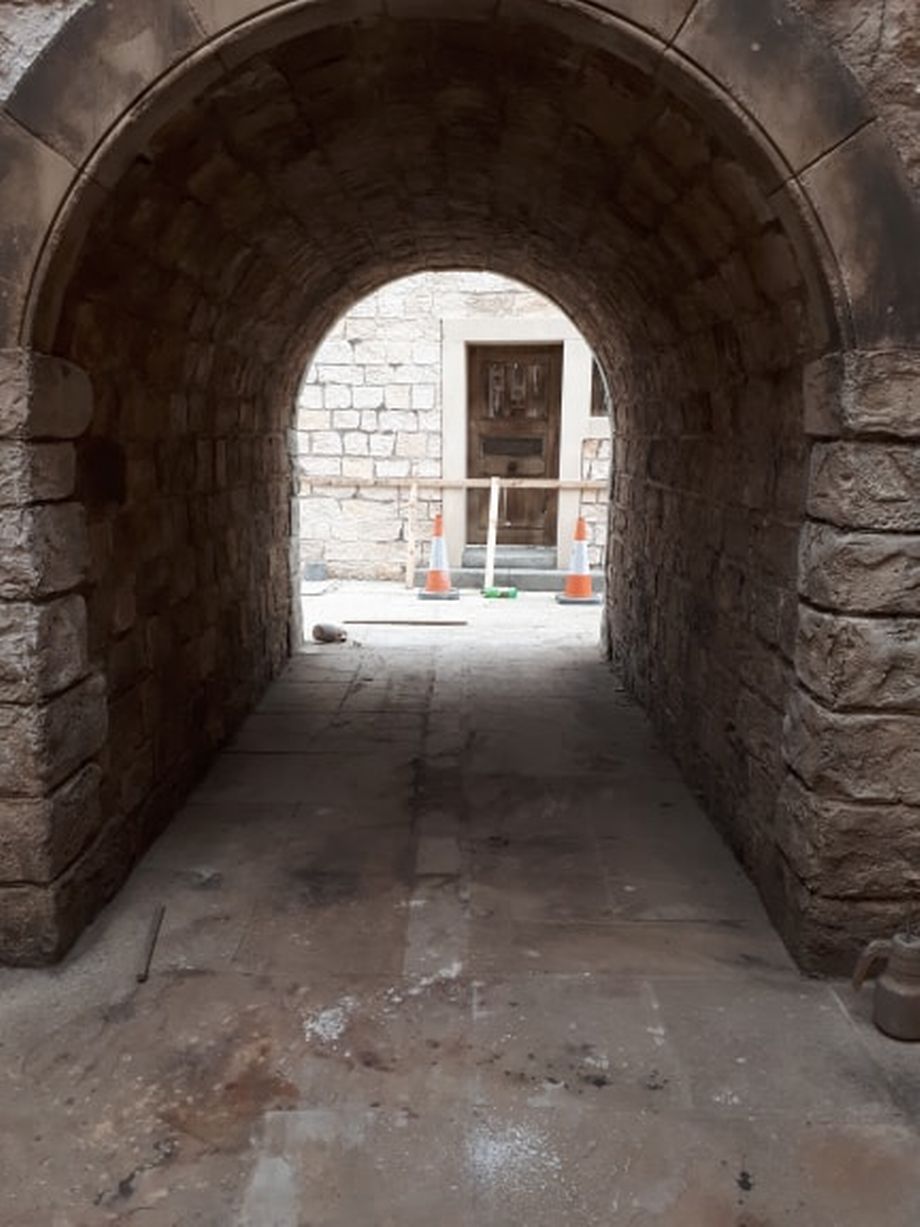 The detail on the fake stonework is quite impressive. Photo: Belfast Live 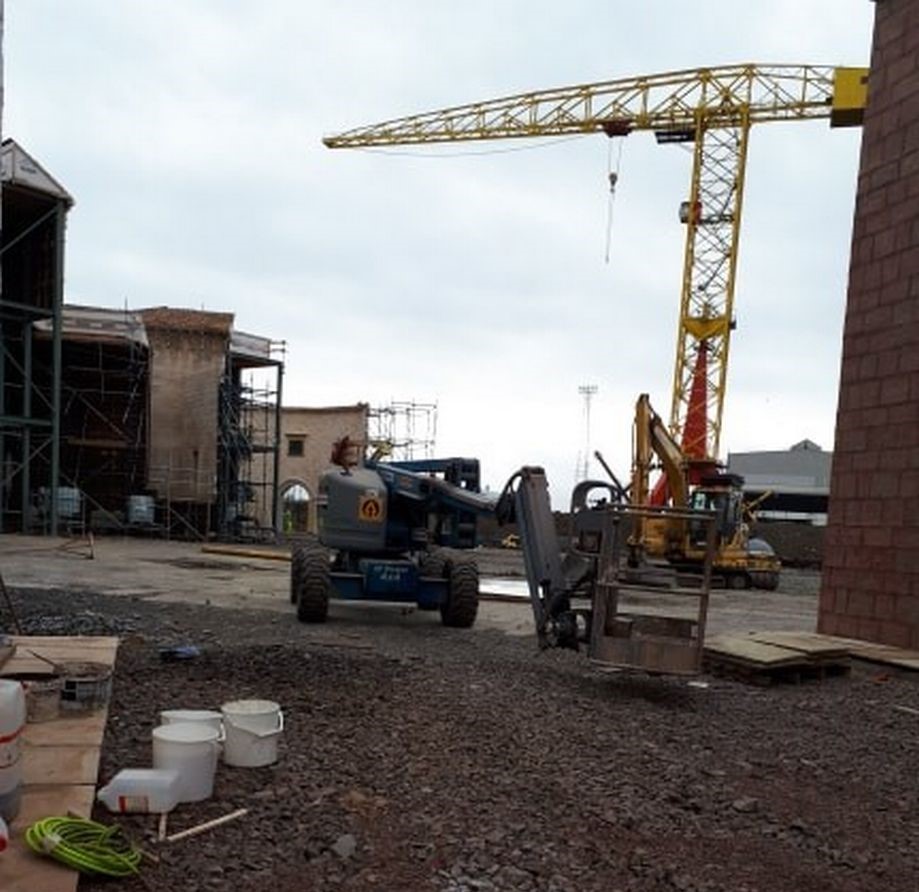 Work is still being done on the edges of the set. Photo: Belfast Live

The third photo showing the main street heading to the Red Keep is particularly impressive. We’ve reported on this rampart before and concluded it was part of Cersei’s current stronghold, and now that it’s been fully realized there is no doubt that’s the case. If you recall, in the show the “Red” Keep has always been more of a “Pale Pink” Keep.

The snow outside the walls is also of note: after the tease at the end of season seven, this finally confirms that we’ll see King’s Landing suffering the effects of winter! And, if you read our spoilery reports, you know that’s not the end of the capital’s suffering!

Later on, this as-yet uncredited (help!) aerial photo of the set circulated on Twitter: 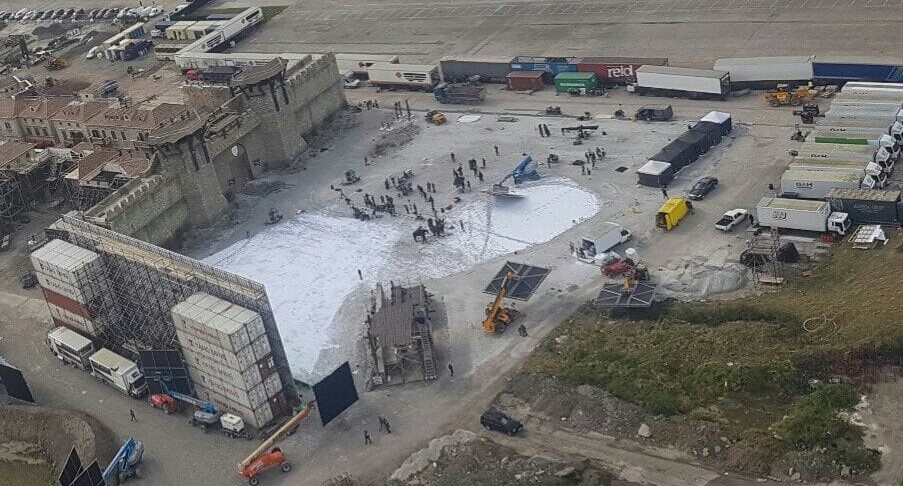 Seeing this recreation of King’s Landing from above would be good enough, but there is more to it than that: between the city gate and the green screen, there is a lot of activity, with crew members and what appear to be a few horses on site. Unless these were preparations of some sort, it appears shooting has already commenced!

In other news: Irish Thrones reports on Twitter that Game of Thrones has returned to film at Ballintoy. We first saw it—Ballintoy Harbour specifically—in season two, when Theon returned home, arriving in the Lordsport on Pyke, first among the Iron Islands. Later, for season six, scenes were shot on Ballintoy’s beach for Euron’s kingsmoot. The point is: Ballintoy has only ever depicted Pyke, so we must assume that’s still the case.

According to Irish Thrones, the now heavily secured location “is being used over a longer filming period and returns to filming again next week.” His behind the scenes shots of the set may provide clues about the ongoing shoot—such as it being set at night: 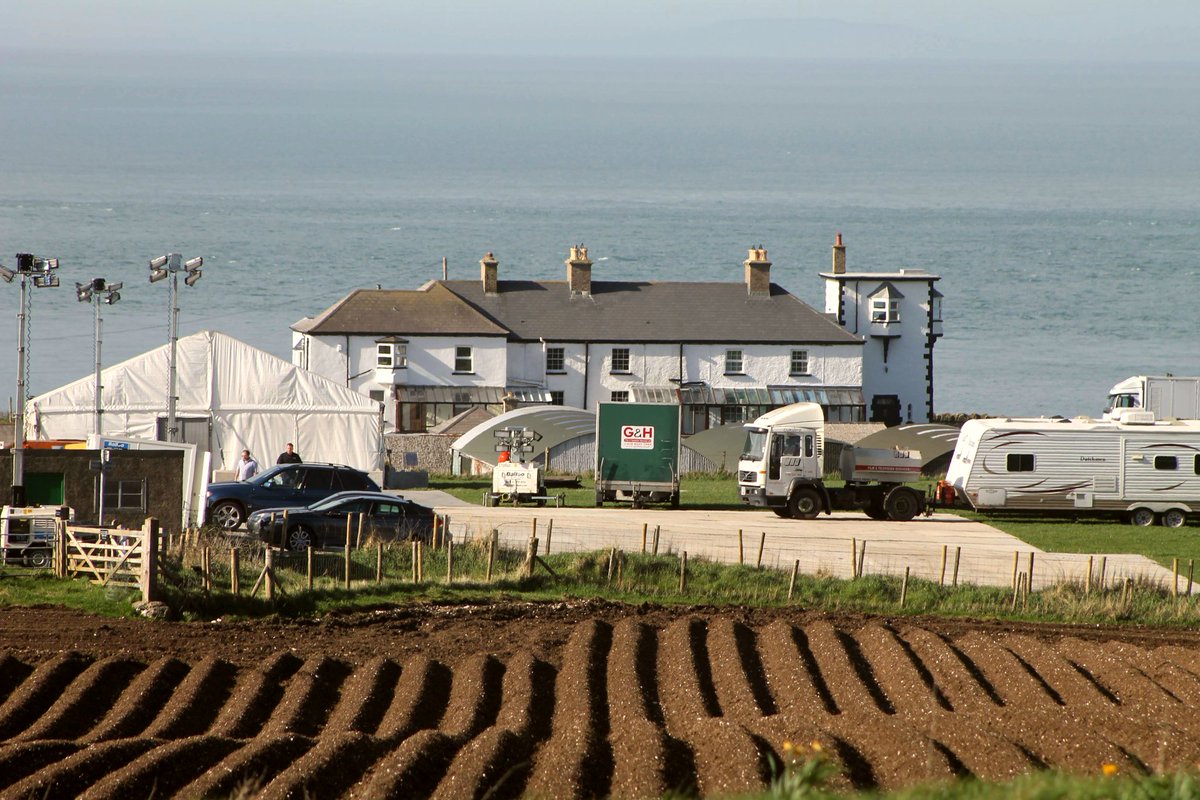 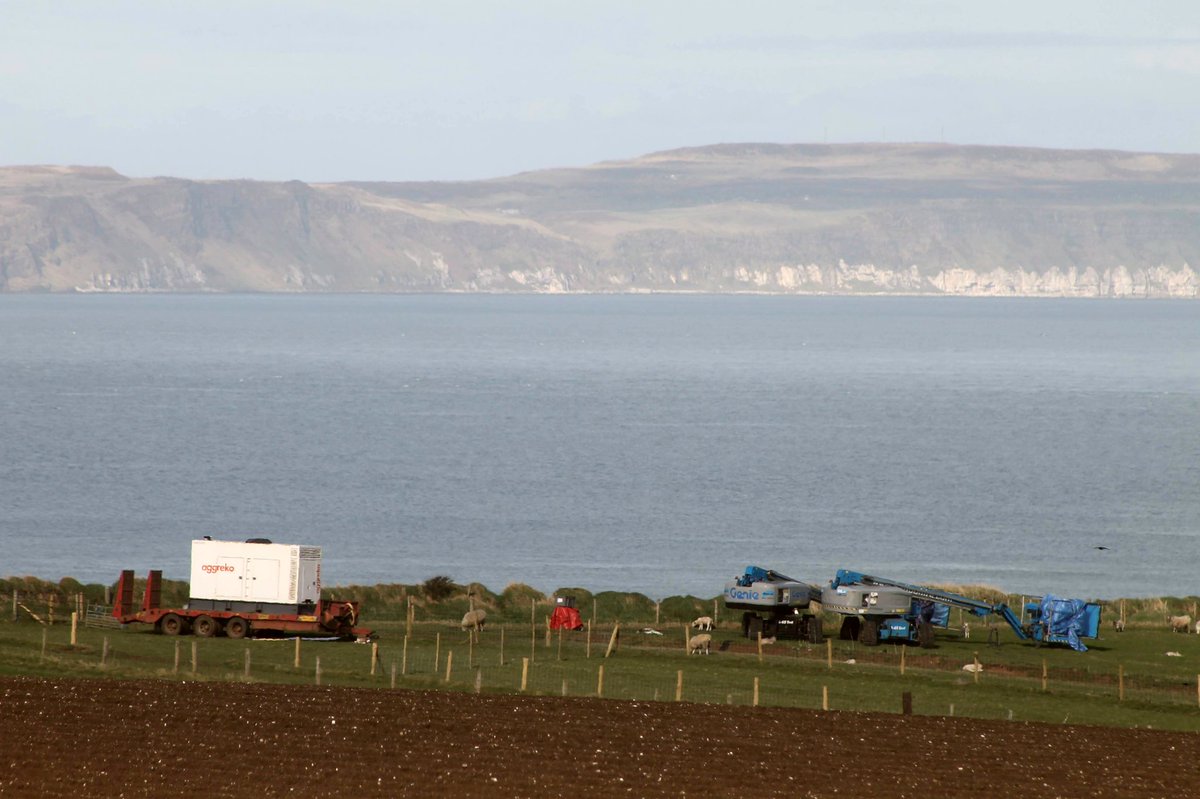 This is very much like the news that we’d see Highgarden again in the last season: surprising, while not a great spoiler. My question is the same I had about Highgarden: assuming the main plot doesn’t take us back to these rocks in the middle of the sea, will we see Pyke as part of a montage showing the effects of winter throughout Westeros; an epilogue in which the surviving characters return home; or something else?