Dark Horse Releasing a Limited Edition Bust of Jon Snow in Battle of the Bastards | Watchers on the Wall | A Game of Thrones Community for Breaking News, Casting, and Commentary 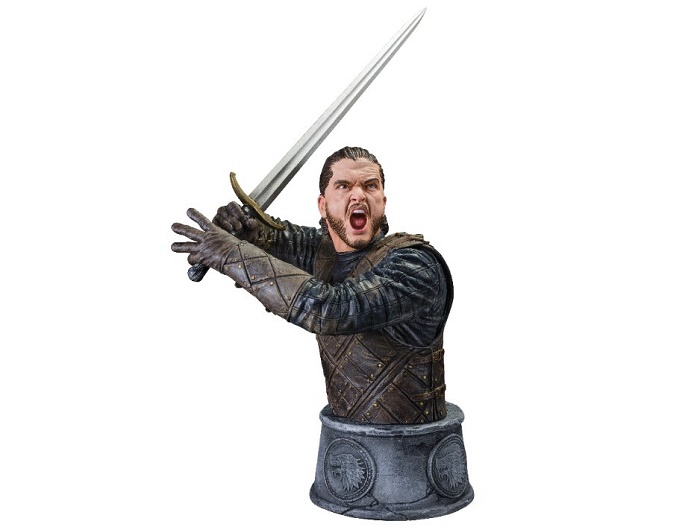 Fun news for collectors of special Game of Thrones items: Dark Horse Comics and HBO announced today that this summer they’re releasing a new limited edition bust inspired by a character from Game of Thrones: the Jon Snow – Battle of the Bastards Limited Edition Bust.

The newest addition to Dark Horse‘s line of Game of Thrones statues depicts Jon Snow with his Valyrian steel sword Longclaw in season 6’s epic battle, as he faces off against legions led by Ramsay Bolton in the fight for Winterfell.

According to Dark Horse, the pre-painted bust measures 6” from base to the top of his head, plus sword extension. The statue comes with full-color deluxe packaging with a Certificate of Authenticity. The Limited Edition bust retails at $89.99, and will go on sale August 23rd.