Daario taunts Grey Worm in a deleted scene from Game of Thrones season 5 DVD/Blu-Ray | Watchers on the Wall | A Game of Thrones Community for Breaking News, Casting, and Commentary 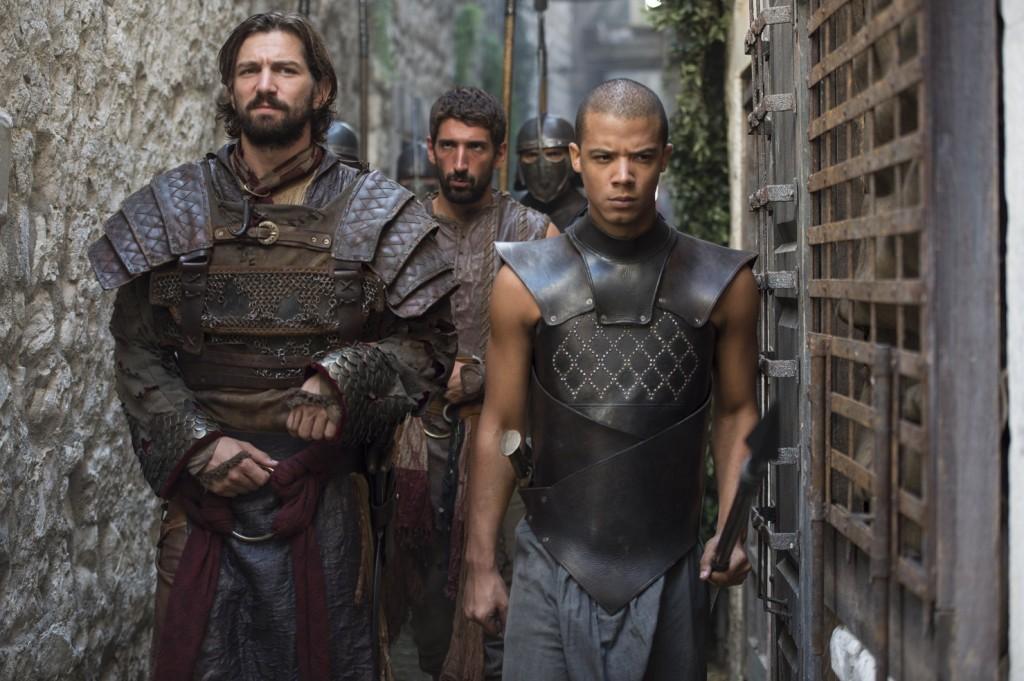 Check out a new deleted scene from the Game of Thrones season 5 DVD and Blu-ray, available on March 15.

The deleted scene, shared by the Wall Street Journal, is between Daario and Grey Worm as they patrol the streets of Meereen and Daario questions Grey Worm about his relationship to Missandei and his below-the-belt “problem.”

This scene and other special features will be available on the Game of Thrones season 5 DVD and Blu Ray. We’ll be posting our DVD/Blu Ray review and giveaway shortly, so come back soon to learn more.