Curtain Call: Jessica Henwick | Watchers on the Wall | A Game of Thrones Community for Breaking News, Casting, and Commentary 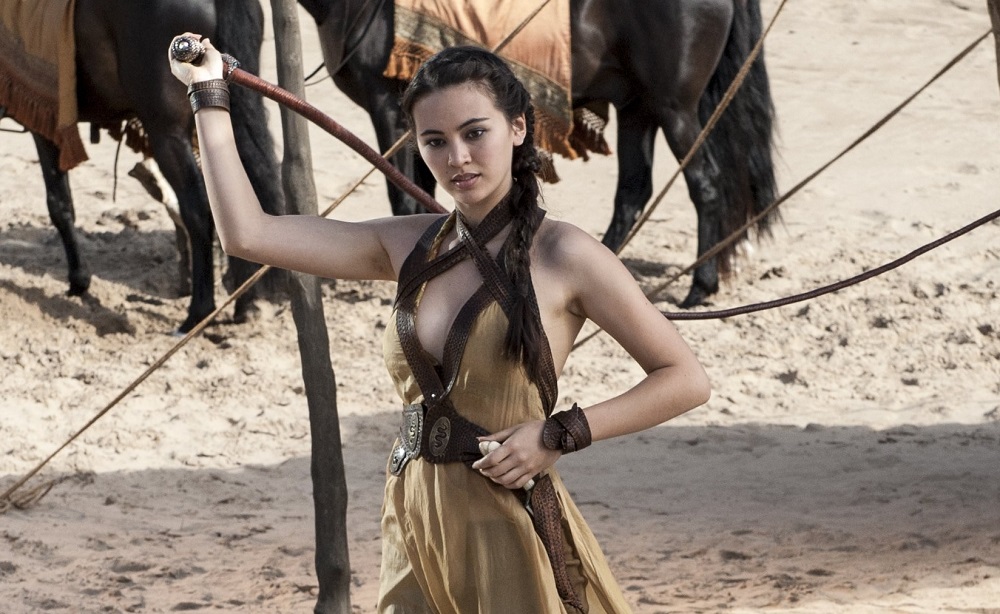 People have had lots of opinions on the Sand Snakes over the years regarding their inclusion in Game of Thrones, their narrative in the story, and for book purists, ever the eager beavers, it has provided an endless source of complaining that four sand snakes were lost in the adaptation. But you know what seems to never come up in all the mindless jabbering amongst book purists? The performances of the wonderful actors hired to portray the Sand Snakes. Jessica Henwick (Nymeria Sand) in particular, has jumped to the top of the pack and firmly left her mark on the legacy of Game of Thrones.

Right from the start, Henwick was feisty. Always ready to go, she was excited about jumping on board with Nymeria’s whip as well as all the Sand Snakes’ unique weapons.

Nymeria: Why do we play? I’m better than you [Tyene}, I’ll always be better than you. Have I ever missed once? I don’t think I have, I can’t recall. You must love humiliation or pain. Which do you love most? Humiliation or– (slaps) — pain? That one hurt didn’t it? You going to cry? Give up, little sister.

Tyene: You will. You’re thinking too much. Now you’re nervous. ‘What if she’s right?’

Nymeria slaps at Tyene and Tyene gets out of the way in time.

Nymeria: You’re too slow. You’ve always been too slow.

In this scene from season 5 episode 9, The Dance of Dragons, when Nymeria is playing a game with her sister, her competitive spirit comes out. Henwick imbues such a fierce ‘here to play’ mentality, that you can’t help but keep your eyes off her. In fact, Henwick herself has said that it was her favorite scene to film:

“I loved my scene with Rosabell [Laurenti Sellers] where Nymeria and Tyene were playing the slapping game. That was a highlight. We slapped each other so many times our hands were really swollen at end of the day. It was quite funny.” 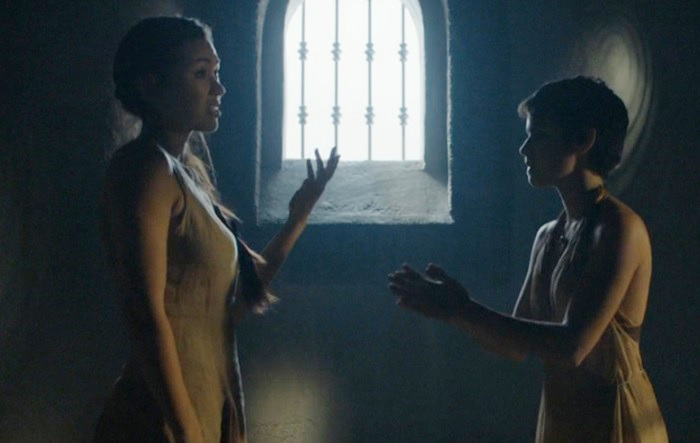 No stunt doubles required for this scene, eh? It appears Henwick is quite the method actor if her hands were so raw after filming. It sounds silly, but I quite mean it! Her willingness to endure pain for the role showcases her dedication, and Jessica Henwick was nothing if not fully dedicated to the role of Nymeria Sand. Prior to their debut appearances in season 5, the three Sand Snake actors, Henwick, Sellers, and Keisha Castle-Hughes, reportedly spent four and a half to five months training! 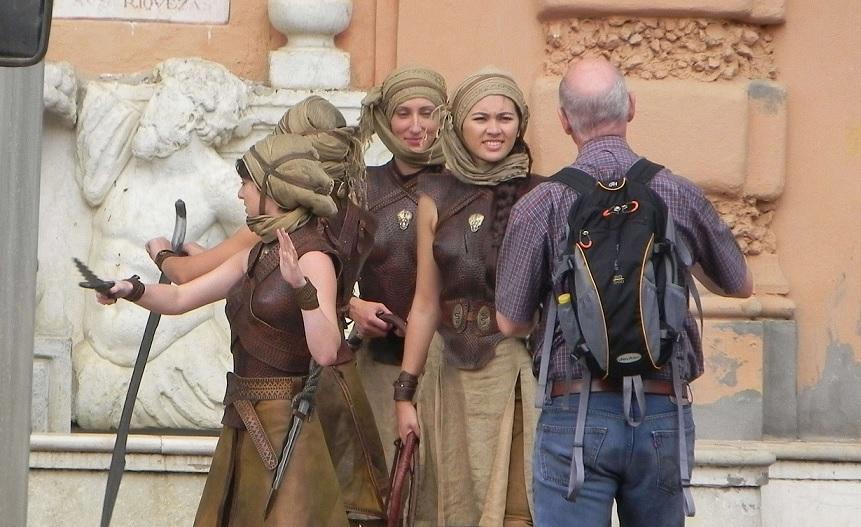 “I had quite a few sessions in Belfast working with some Bulgarian guys,” said Henwick…”Upper body strength—that’s what you need for a whip—and coordination, and good timing. It’s a really scary weapon because you’re just as likely to injure yourself. I’ve whipped myself many times.”

It’s like I said – dedication to the role! You try whipping yourself multiple times and see if you still want to take on a multi-season arc as a series’ resident whipmaster. But with Henwick at the wheel, her perseverance was hardly surprising. The fierce warrior in her was always evident, even in her quieter scenes. Shortly before Euron’s armada tore the Martell/Greyjoy fleet asunder, Nymeria casually tells her sisters:

“You can have Cersei…I want the Mountain.” 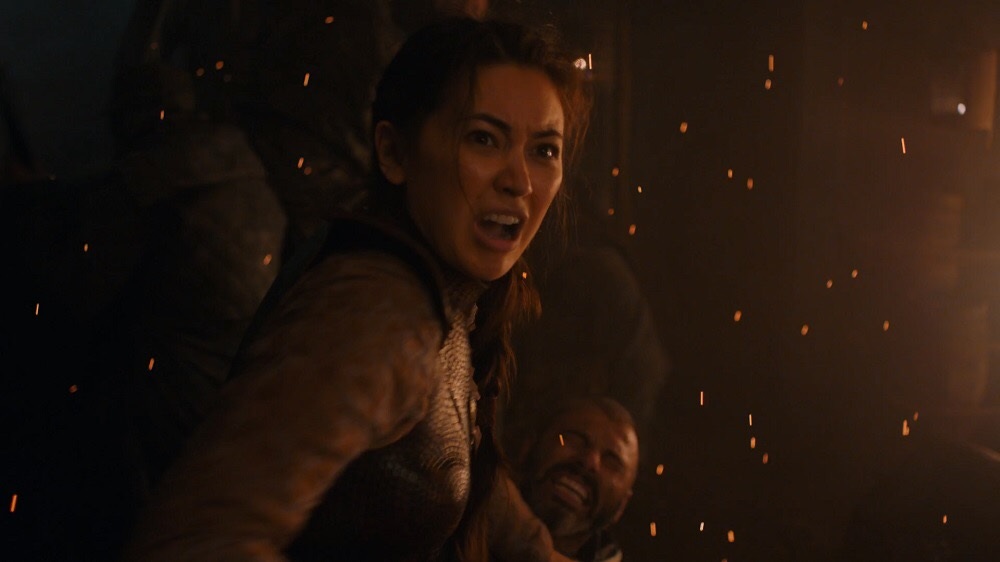 It’s one of her final lines of dialogue in the series, but it so perfectly encapsulates Henwick’s command over the role. She says that she wants to murder an 8 foot tall (currently undead) warrior with the same demeanor one might express a preference for one dessert over another! Following this, she would go on to have one final fight scene, in which Nymeria would go out fighting. Every fierce breath, every piercing gaze, every fiery proclamation that came from Nymeria owes its existence to the one, the only, Jessica Henwick. She exited Game of Thrones as the warrior she entered it: with an unrelenting attitude and a commitment to excellence.

Luckily, Henwick’s been working nonstop both before and after filming her death scene in GOT. Since its debut in March 2017, she’s been widely considered the best part of Iron Fist, playing dojo owner and all around badass Colleen Wing. She’ll be reprising her role in this summer’s The Defenders, something for which I am very excited! Oh, and need I even mention that she played a part in a little independent film you might have heard of called Star Wars Episode VII: The Force Awakens? I don’t care that it was a tiny role – when your agent calls to offer you a part in Star Wars, you take it, and you tell anyone and everyone you know that you are in freaking Star Wars! 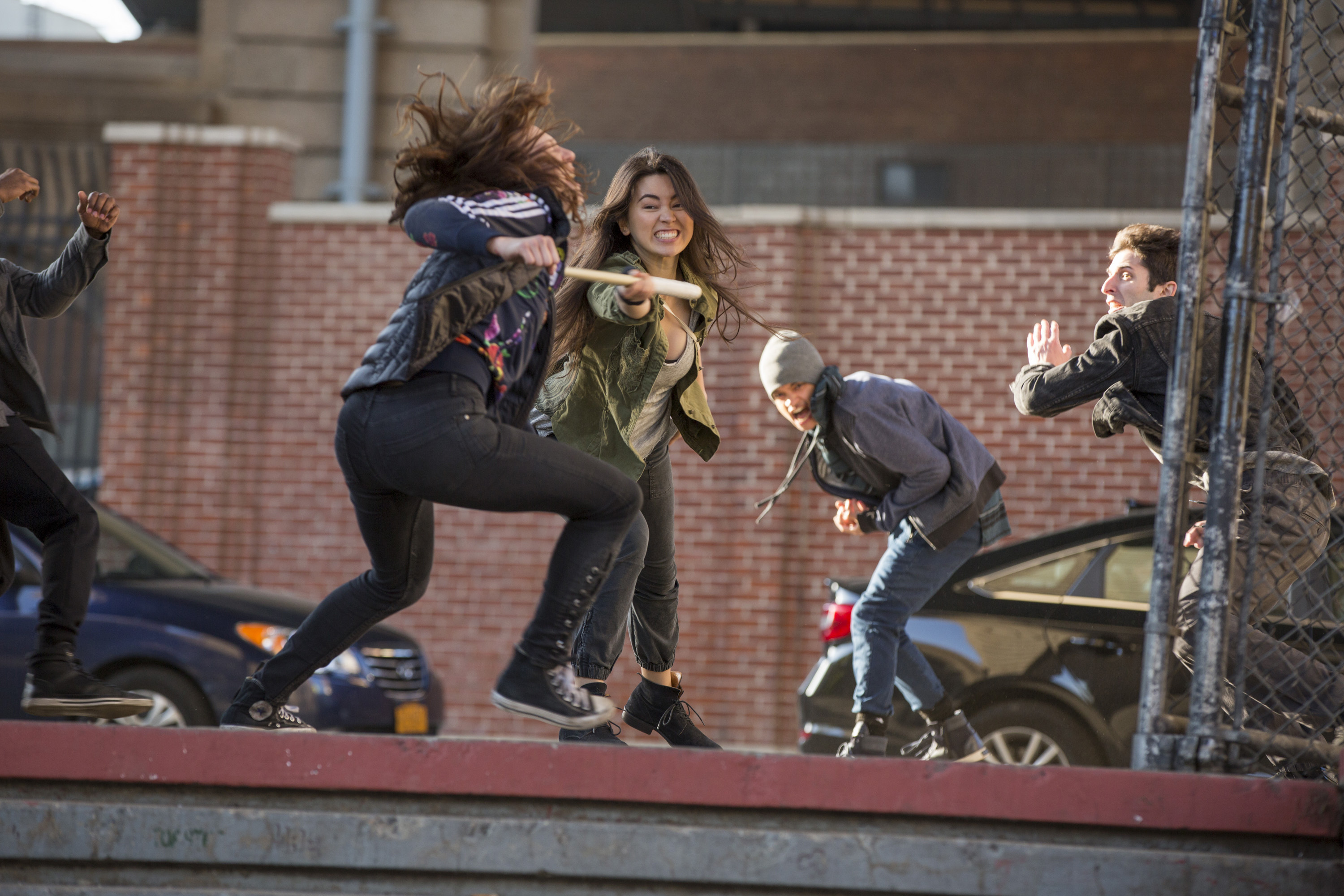 While Nymeria Sand is no longer with us, Jessica Henwick’s career is just getting started. She has hit the ground running and doesn’t seem to be going anywhere anytime soon. My most notable accomplishment before turning 25 has been remembering to put my pants on before I leave the house in the morning; Henwick’s has been to hit the trifecta of Star Wars, Game of Thrones, and the Marvel Cinematic Universe. I truly cannot wait to see what what this incredible powerhouse actor has in store for us next! 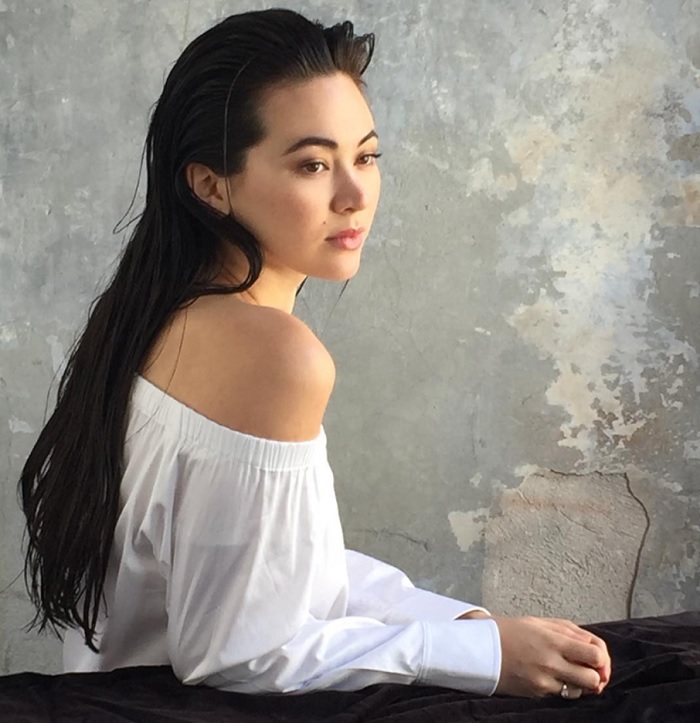