With just six days to go until Game of Thrones Season 5 is beamed to our TVs, we’ve rounded up a final batch of interviews to help make the wait a little more tolerable.

To start off, here’s a brief video from The Hollywood Reporter in which Emilia Clarke talks about what could happen if Daenerys met Jon and Tyrion.

Lots more below the cut (and mild spoilers).

Tyene’s about trying to prove herself. Obara charges in. Nymeria’s aware of the big picture.

The New York Daily News interviewed Kit Harington in Magheramorne Quarry (home to the new Hardhome set) back when he was shooting scenes for the upcoming season. Here’s some of what he had to say about Jon:

He’s emotionally constipated in some ways — I always felt that I couldn’t connect him to the emotional side of myself because he’s not a modern person. He’s very much like his father, very withheld. He behaves very much in the old world sense of what a man should be, and it’s stifled him somewhat.

The publication itself also had an interesting observation on the set, saying that “[a]round [Kit] nearly 200 men and women wearing animal skins and medieval outfits mill about, moving in and out of primitive-looking cottages.”

Showrunners and producers David Benioff and Dan Weiss answered five questions about Season 5 for Zap2it. On the nature of “shocking deaths” in the show, they had the following to say:

Sometimes they won’t be shocking, we don’t think. Sometimes they’ll feel tragically inevitable. In either case, if they’re born from dramatic necessity and not some kind of “gotcha!” impulse, we don’t think there will be death fatigue. Or, no moreso than there was before the show started. Speaking only for ourselves, we are well and truly over the whole death thing. It’s been three billion years of that s***. Enough already. 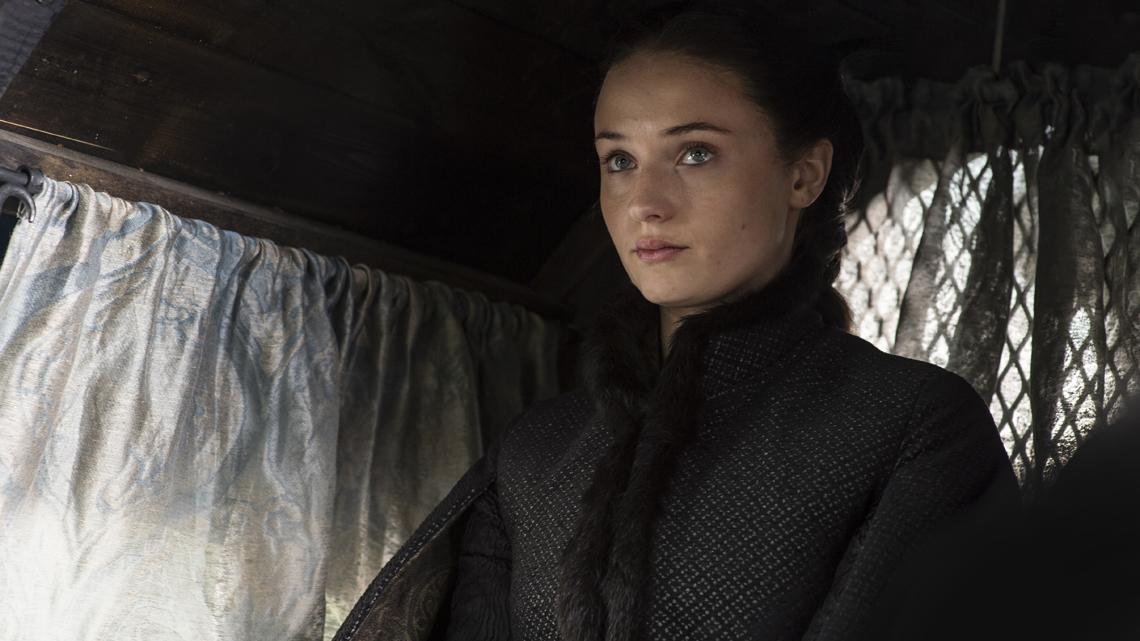 Book readers will find this one interesting. In a new interview with Entertainment Weekly, Sophie Turner had the following to say about where Sansa’s storyline will be taking her this season:

It’s definitely a dark season for her. She just escaped King’s Landing, and she goes back to a place where she becomes somewhat of a prisoner again. Despite being a prisoner again, she plays it out very differently this time compared to before. She tries to take command and begins to manipulate the people who are keeping her prisoner—which is nice.

Let’s say it is my favorite season so far for my character. I had more to do than ever before and also there are slight shifts in her focus, ahm … I’m not allowed to give anything away.

while Liam offered his thoughts on the possible evolution of a relationship between Team Stannis and Jon Snow:

Well Jon is married to the wall, so even if we wanted there to be a journey, it would be difficult. He IS the Night’s Watch. He has devoted his life to it. So that makes things difficult. However we are in quite a positive position at the start of season 5, the most positive position “Team Stannis” has been in since we met. Blackwater was a disaster, we had nothing, we were powerless and frail.

Finally, a new 45-minute behind the scenes video has surfaced, featuring comments from cast and crew alike. The feature is dubbed over in Spanish, but if you listen closely you can still make out a lot of the original English audio.