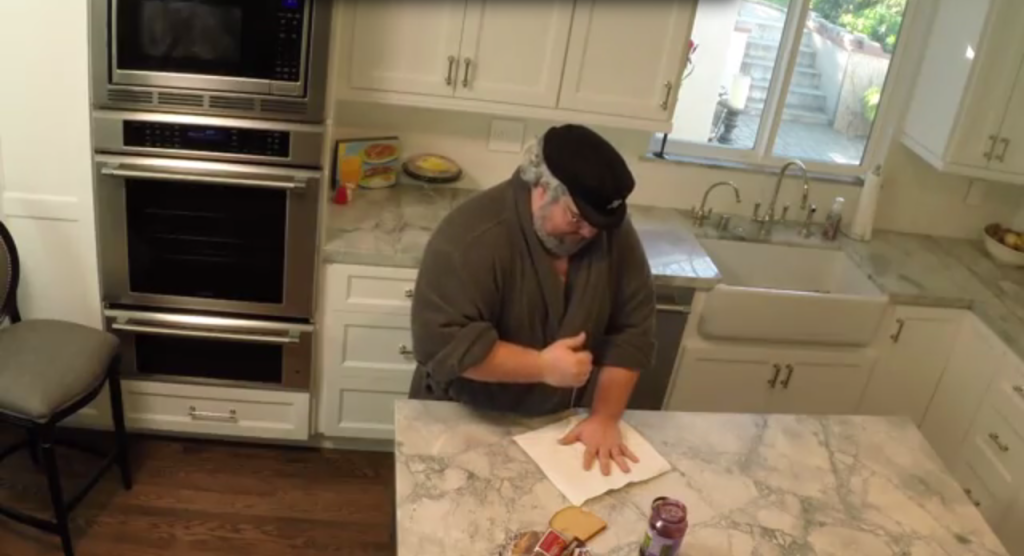 Team Coco responded to George R.R Martin’s announcement that the The Winds of Winter‘s release is delayed in true Conan O’Brien fashion: with another skit following “George R.R. Martin” around with hidden cameras as he fails to work on the next installment of A Song of Ice and Fire.

This is more or less a continuation of the skit O’Brien did last summer during San Diego Comic Con, in which supposedly hidden cameras filmed Martin buying more “R”s for his name, swimming in his pool and bouncing naked on his trampoline rather than writing.