Casting Speculation Season 6: Ian McShane | Watchers on the Wall | A Game of Thrones Community for Breaking News, Casting, and Commentary 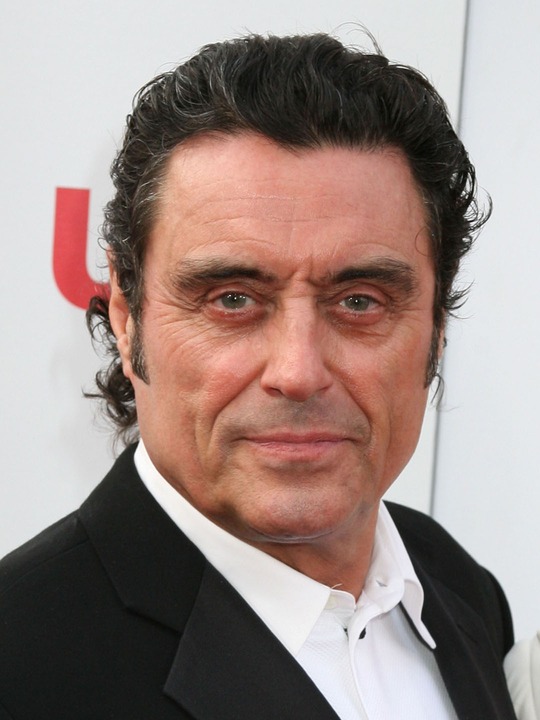 For years, it has been a habit of the fine people behind this site to consult their inner augurs and predict which actors and actresses will appear as characters from the vast pool of Westerosi and Essosi names. In fact, Sue has already written speculation posts this year for Randyll Tarly and Euron Greyjoy.

This post is the inverse of that idea. As of yesterday, we know that Ian McShane has been cast in the upcoming season. What we don’t know is who he will be playing. Below are some predictions, both likely and outlandish, as to who exactly this talented actor may be portraying in Game of Thrones season 6.

Light spoilers for all released books below the cut.

Ian McShane is an incredibly intense actor, and the amount of energy he projects on set can be seen through his performances. Although not a physically imposing man, he can certainly be imposing through other means, using a combination of his paralysing stare/glare and his smoky, honeyed voice. He is capable of using these in a variety of ways, which makes him suitable for a number of roles, while making it more difficult to pin down his actual role. Some may see his age as an issue (he is 72 years old), but given the fact that he looks much younger than that and none of the speculated roles see a lot of physical action anyway, this is pretty much a non-issue.

So, without further ado, let’s get down to business: 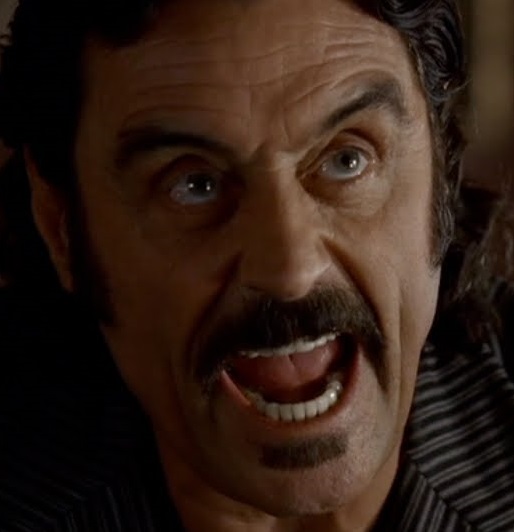 Randyll Tarly – Randyll’s (presumed) casting call defines him as in his 50s to 60s. McShane could definitely pass for ten years younger, and looks enough like John Bradley to pass for Sam’s father. Randyll is also said to be “severe and intimidating”, and he’s centrally involved in a protagonist’s storyline. Last season, strong emphasis was placed the qualities of dragonglass, as well as Valyrian steel possessing the same white walker-slaying abilities. Sam just happens to be a character who is aware of this, who just happens to be travelling to Oldtown, the Citadel of which just happens to have knowledge of both materials. The fact that Randyll has Heartsbane – a Valyrian steel greatsword – could likely explain the inclusion of this easily-cuttable character. We know that McShane won’t appear in a large number of episodes. However, a character can be centrally involved in a storyline without a huge amount of screentime (see Walder Frey and the looming impact he had throughout season 3). Besides, who can say no when presented with the prospect of John Bradley cowering under Ian McShane’s glare? 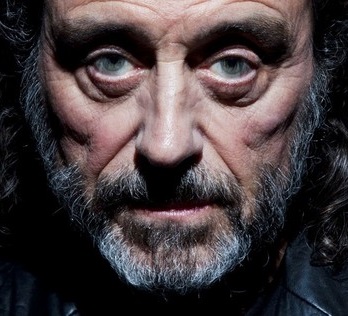 Euron Greyjoy – Euron (or an incarnation of him) is all but confirmed to appear next season. The casting breakdown mentions no physical requirements for the role. In the books, Euron is consistently described by his eyes, as well as his shrewd, manipulative voice. Anyone who has seen Deadwood will know that McShane can work wonders with his eyes alone, and as referenced above, his voice possesses Euron-like qualities. Personally, McShane wouldn’t be my pick for the role, but I can definitely see why others would pen him for it. 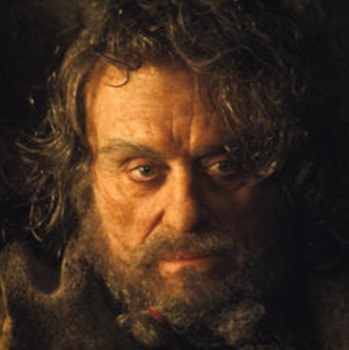 Septon Meribald – Physically, this seems to be the role McShane would be most suited for. The casting call defines him as “gruff”, “no-nonsense”, and “salt-of-the-earth”. Sounds like McShane to me. Although the casting call asked for a younger actor, I can see them forgoing the age restraints in relation to this character – he is an old soldier after all. McShane also possesses the chops to sell Meribald’s memorable “broken men” monologue exceptionally well. Assuming that Meribald meets with Brienne as in A Feast for Crows, McShane’s reported small role seems a perfect match for the character. 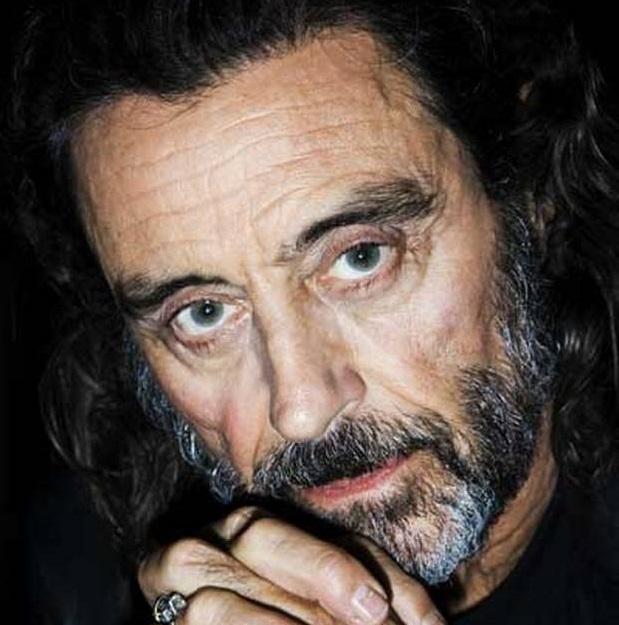 Elder Brother – Again, this is a small role with a memorable impact, which suits the facts about McShane’s casting. The show might be going for the angle that The Hound met his end at the hands of Brienne of Tarth, while (heavy spoilers)

Sandor Clegane will be reborn at the Quiet Isle and reintroduced to the world with the help of Brienne (creating yet another Thrones roadshow), the Elder Brother being the enabler for this relationship.
It would be great to see McShane at the centre of something like that. But… it’s just speculation. 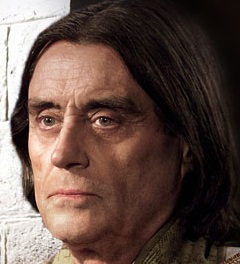 Marwyn the Mage – Marwyn is perhaps one of the most intriguing background characters in ASOIAF. This provides another opportunity for John Bradley and Ian McShane to share at least one scene – a tantalising scenario. In the books, Marwyn hints that he has some key knowledge about dragons. It is not a stretch, then, that he would also at least have an inkling about how to stop the white walkers. Another positive for McShane appearing in this role is that all (book) evidence points to Marwyn having a larger role in the future. 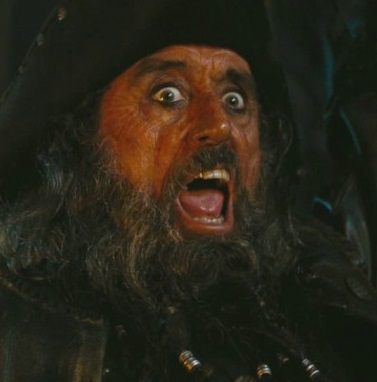 Aerys II Targaryen – With Bran returning, and with the precedent set last season, a whole host of flashback opportunities open up for season 6. I would not personally be in favour of flashbacks unless they reveal something essential and as-yet-unknown to the plot, such as the rumoured Tower of Joy flashback. However, it is not beyond belief for McShane to appear as the Mad King himself. It would definitely be entertaining. 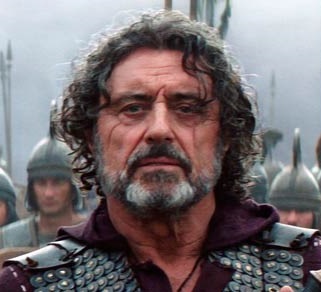 Northern Lord – Despite the vague details we have on these two new Northern characters, I think it’s a safe bet to rule out the “savage”, “massive bear of a man” one if McShane is to make an appearance in the region. “Lord of Northern Stronghold” seems like a tighter fit, apart from the age description. As before, however, as long as the role isn’t physically demanding, I think it’s plausible that they might rework certain aspects of the character to match McShane’s strengths. Described as “ruthless and calculating”, the character is said to appear in three episodes, with twenty days of filming. This matches McShane’s relatively small amount of screentime, while opening up the potential for the character to be of key importance in a possible Northern rebellion. 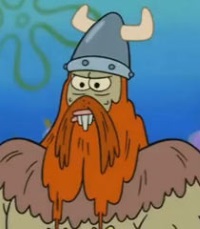 Howland Reed – If Howland makes an appearance in present-time in the show, it would be plausible to have McShane playing him. The mystery surrounding the crannogmen is often mentioned in the books, so it is not too much of a stretch for Ned to have had a friend who appears older (not to mention the High Howland theories stretching this point further). However, McShane appearing as Howland in a Tower of Joy flashback is a non-option, since in-show-universe the characters are supposed to be roughly twenty years younger. Regardless of whether this happens or not, it would be different to see McShane as a reclusive, mysterious character, rather than the centre of attention he usually is.

What do you think? Are any of these on the mark? Do you have any suggested roles and/or reasonings that I haven’t mentioned here? Post your thoughts in the comments.