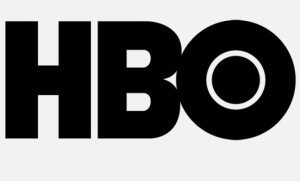 A press release yesterday announced a small but important change in the way that HBO delivers its premium content.

Cablevision, a cable provider in the New York area, has agreed to offer HBO NOW as a standalone streaming service to their Optimum Online customers.   As most of you know, cable providers make you subscribe to the HBO movie channel before you can access any HBO content online.  But without that channel subscription, which goes along with paying for basic cable and often times one of the other movie channels, you’re out of luck.  And as we all know, none of this is cheap or even affordable for a substantial portion of the population.  HBO’s recent decision to sell HBO NOW streaming service separately at a reasonable cost point may have caused the cable television industry to sit up and listen.

To our knowledge, Cablevision is the first to offer HBO content without requiring customers also subscribe to the movie channel.  Although experts estimate that only 2% of the population watches everything via streaming services, they expect this number to rise as younger generations become a larger part of the consumer economy (and as more of us “oldsters” become more tech savvy).

Perhaps Cablevision saw the writing on the wall and if so, it’s a smart move.  This is an opportunity for them to retain customers who don’t want to pay for thousands of useless channels and obtain those younger customers who would have never signed up for traditional cable in the first place.

Are you a “never had traditional cable” person or an “I cut the cord” person?  Or are you stuck, like me, in a multi-year contract but want to cut the cord when you get the chance?  Are you in the New York area and a Cablevision customer?  What does this news mean to you?

Additional info from the press release after the jump:

BETHPAGE, NY, March 16, 2015 – Cablevision and Home Box Office (HBO) announced today that they have reached an agreement to offer standalone streaming service HBO NOW to Optimum Online customers via the internet. Optimum is the first cable provider to partner with HBO to offer the new service, which is expected to launch in April in time for the fifth season of Game of Thrones.

Kristin Dolan, Cablevision chief operating officer said: “As New York’s premier connectivity company, we are enabling Optimum Online customers to enjoy content in any way they choose to receive it. We are well-positioned to support HBO NOW and, as technology advances, Cablevision will continue to meet the evolving needs of our customers.”

“We couldn’t be more excited that our longtime partner has joined us for the launch of HBO NOW,” said Tom Woodbury, President, Global Distribution, HBO. “We believe that HBO NOW will have great appeal to Cablevision’s broadband customers.”

HBO NOW provides instant access to HBO’s acclaimed programming, allowing viewers to watch every episode of every season of the best series programming, more of the biggest and latest Hollywood hit movies, original HBO Films, groundbreaking documentaries, sports, and comedy and music specials. With the upcoming launch of HBO NOW, Optimum will now offer the full suite of HBO products, which also includes its pay TV channels and TV to GO offering, giving customers more options than ever before.

Cablevision plans to provide pricing and other particulars for HBO NOW in the coming weeks. Terms of the agreement were not disclosed.

Optimum Online offers an unparalleled internet experience, including a wide-range of high-speed internet product tiers that are designed to provide the right speeds for every type of user as well as access to Optimum WiFi, the nation’s most robust WiFi network featuring 1.1 million hotspots across the tri-state area. For more information on Optimum Online, visit optimum.com.