Bryan Cogman opens up on controversial Sansa scene | Watchers on the Wall | A Game of Thrones Community for Breaking News, Casting, and Commentary 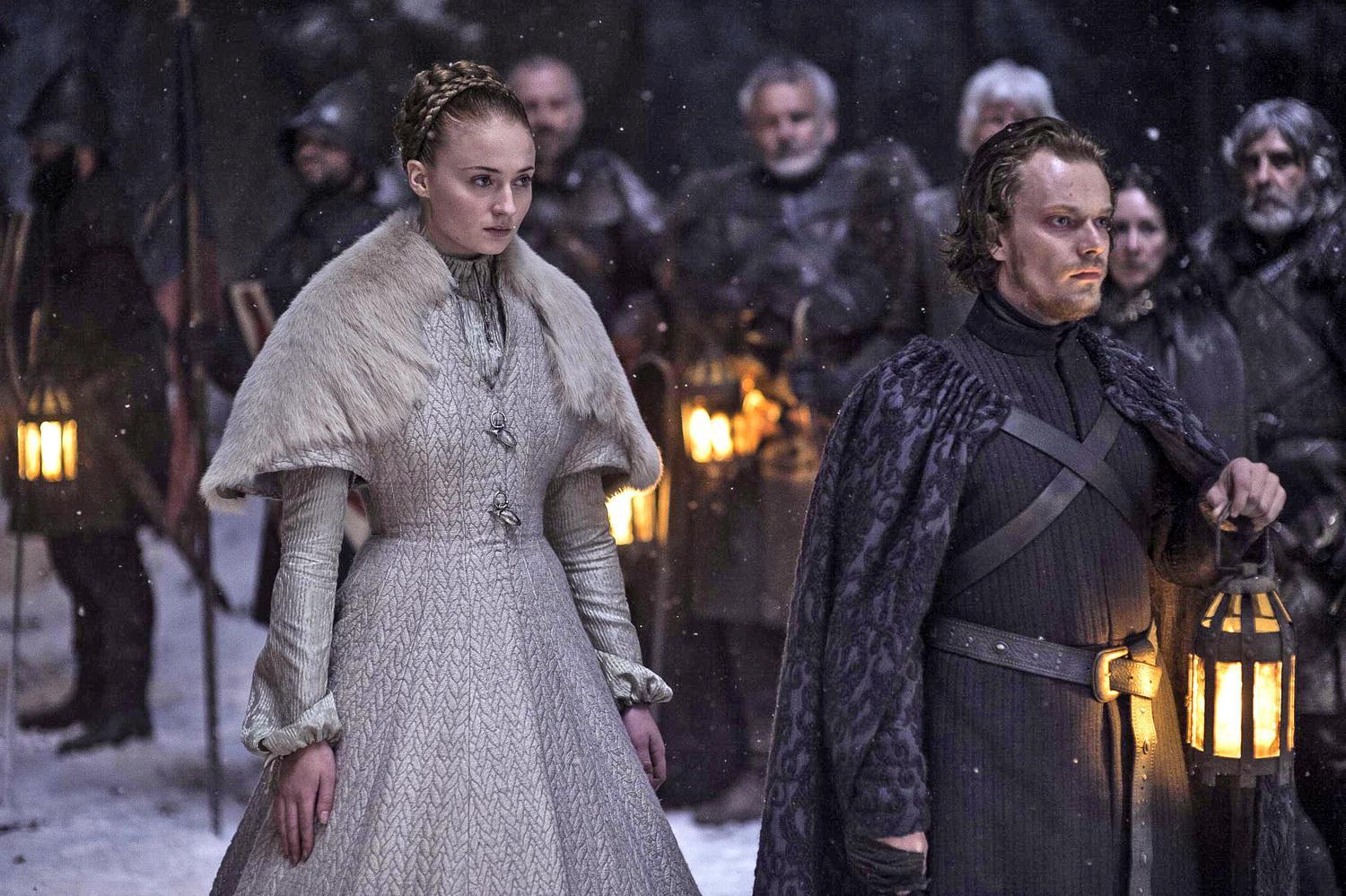 It has been brought to light by Entertainment Weekly that in an audio commentary on the upcoming Game of Thrones season 5 DVD/Blu-ray box set, screenwriter Bryan Cogman offers some explanation on a scene that has proven controversial in fan circles.

This is the first time someone so closely associated with the creation of the show has spoken publicly about the scene.

Commentating on episode 506, “Unbowed, Unbent,  Unbroken” along with Maisie Williams and Tom Wlaschiha, Bryan gives some very heartfelt words in defense of the scene in which Ramsay rapes Sansa on their wedding night, while Reek is forced to watch:

I think it’s important to talk about because of the response this storyline got. It’s sort of ‘damned if you do, damned if you don’t.’ If you don’t talk about it, people think you’re ashamed of it; if you do talk about it, everything you say is taken out of context. Basically, when we decided to combine Sansa’s storyline with another character in the books it was done with the idea that it would be hugely dramatically satisfying to have Sansa back in her occupied childhood home and navigate this Gothic horror story she’s found herself in and, of course, to be reunited with Theon – setting her on the path to reclaiming her family home and becoming a major player in the big overall story. That said, when we decided we were going to do that we were faced with the question: If she’s marrying Ramsay, what would happen on her wedding night? And we made the decision to not shy away from what would realistically would happen on that wedding night with these two characters, and the reality of the situation, and the reality of this particular world.

To the suggestion that Sansa should have attempted to kill Ramsay, Bryan has the following to say:

Yes, it would have been hugely satisfying [for Sansa] to have a shiv up her sleeve and gut Ramsay, but that’s not Sansa. We can’t all be Arya and, in fact, most people aren’t Arya. Most people in that situation, they have to play a longer game. She goes [into the marriage] without the right information about Ramsay, she gets the sense that he’s dangerous, and when he turns out to be even worse than she thought, she’s not broken by the attack, she immediately sets to getting the hell out of there and planning her next move.

According to EW, he becomes quite emotional at one point, and wants there to be no misunderstandings about his intentions with the scene:

It was a very difficult scene for me to write. I’ve known Sophie since she was a kid… I think it was the attack on our motives behind it that upset me. Because I love these characters. I’ve spent the better part of the last decade with these characters, and I love these actors – I’m getting emotional talking about it – I love Sophie, I love Alfie, I love [Maisie] and it’s … very personal to me and it’s not an easy thing to put a character that I love through a scene like this.

Another argument – and I get why this criticism was leveled at us – is idea that we took Sansa’s story away from her and made it all about Theon. I personally don’t believe that’s the case … Certainly Theon’s redemption journey is an element of the subplot. But if you really watch this scene it’s played from Sansa’s viewpoint, for the most part. The main reason we cut away at the end, frankly, is that this was Sophie’s first scene of this nature, and we didn’t want to show the attack. And so we cut to Theon to hear the attack. I understand why many people reacted to that, [thinking] we were making this scene about Theon and not Sansa. I’m sorry it was viewed that way. All I can say is it’s certainly not my intention when I wrote it or when we were producing it … We could have stayed on her face of the entirety of the attack, that would have been a perfectly valid choice. To me it was about being respectful to Sophie.

It’s an upsetting scene, it’s a horrifying scene, it’s meant to be … [But] the accusation that our motives were [that we] just threw in a rape for shock value, I personally don’t think the scene as shot, or as written, or as acted by our wonderful actors, supports that argument. Nor do I think the aftermath of the scene supports that argument. Not only in these episodes, but also in future episodes. This story is not over. This is a long ongoing story. Sansa has a journey ahead of her, and what happens to her in that room is a huge part of that journey, and one that we’ve thought through.

Maisie Williams also made sure to voice her support of the decision made by Bryan, director Jeremy Podeswa, and the other showrunners:

It’s important to have your say openly and honestly, and not just through headlines and Twitter and things like that… there is so much more to the whole sequence than people are allowing.

She also spoke to EW, informing them that:

[Bryan] was really sad, he was heartbroken. He loves these characters and all the actors on the show.

Have Bryan’s words coloured your perception of the scene in a different light? Please ensure you discuss the topic civilly.