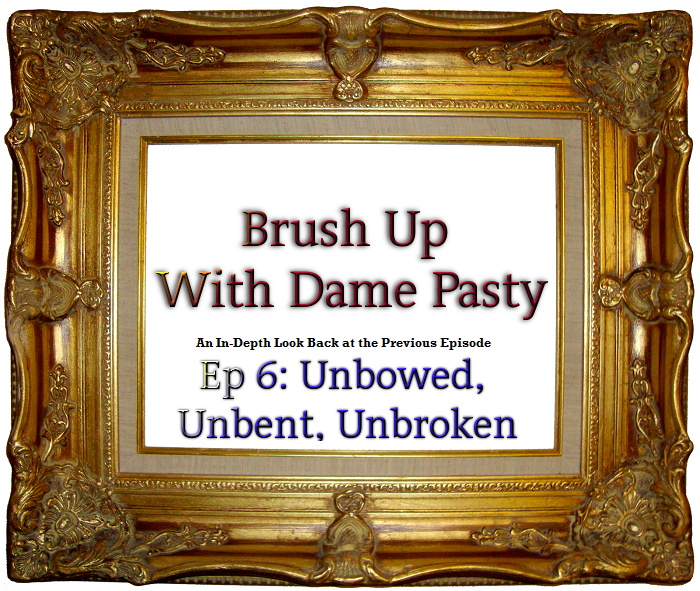 Do you feel broken after last week’s episode? Well come have a laugh with me while I recap and review Episode 6 Unbowed, Unbent, Unbroken as only a Dame can. The format is a bit different. No video of me, just audio but lots of pictures and comments, and no spoilers this time. And, yes, my opinion of the closing scene. But it’s at the very end and I warn you ahead of time, so if you’re just so over that whole discussion you don’t have to hear my two cents.

As always your thoughts about my interpretation of things is always appreciated!