Brush-up for Episode 2 with Dame Pasty's Recap and Review of "The Red Woman" | Watchers on the Wall | A Game of Thrones Community for Breaking News, Casting, and Commentary 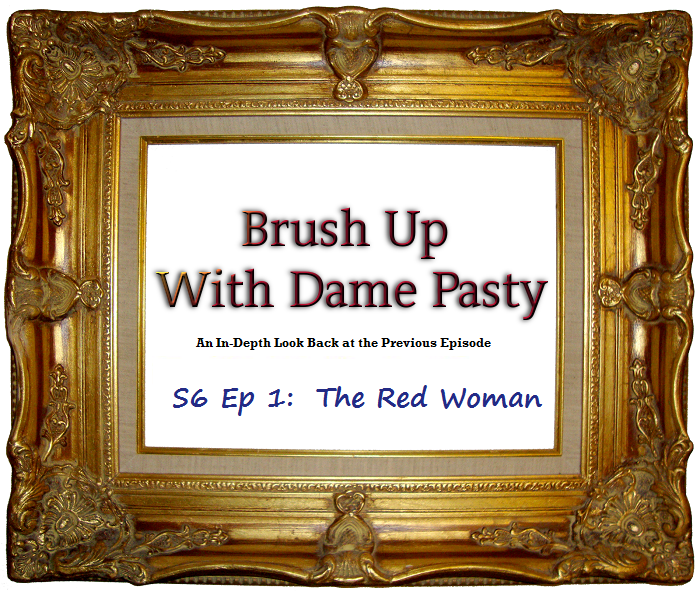 It’s a new season and I’m baaaaack. Here’s the first of my Brush-up videos for Season 6.  For new readers, these are video review/recaps of the previous episode.  You can find last season’s here on WatchersOnTheWall.com and Season 4 on my blog.  We like to publish them the day before the next episode airs.  I’ve shortened my format quite a bit from last season, for which many people will probably thank me.

Somtimes I include spoilers along with speculation but I try to always identify them beforehand to give you enough time to bail if necessary.  This one does not include spoilers but there is some speculation based on nothing but my own delusions (of which there are many).  One bit of warning–my videos are not NSFW and also not for kids. I have a filthy mouth and an even dirtier mind.   Oh, and as always, feedback is appreciated.  Enjoy!