Brian Fortune on Game of Thrones season 6, the Night's Watch and killing Jon Snow | Watchers on the Wall | A Game of Thrones Community for Breaking News, Casting, and Commentary 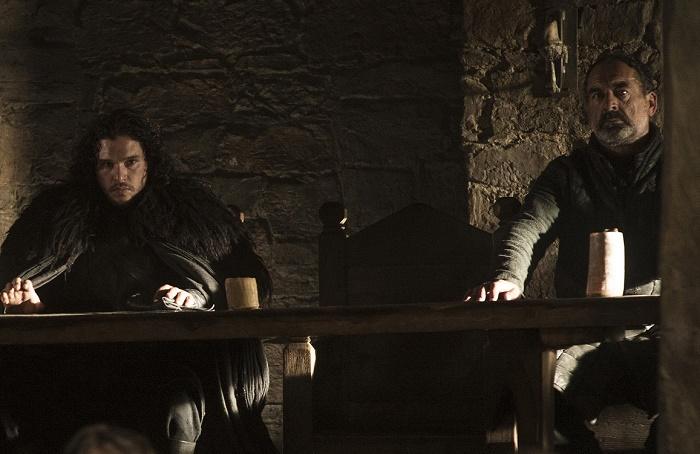 Now here’s a Game of Thrones interview worth checking out. Natalie Dormer interviews are a dime a dozen (and I’ll read every one of them, don’t get me wrong) but how often do we hear from the men who killed Jon Snow?

In a new interview with Newstalk.com, website of Ireland’s Newstalk 106-108FM, we hear from Brian Fortune, who plays Othell Yarwyck of the Night’s Watch on Game of Thrones.

In discussing his favorite scenes from the past, he confirms his presence in the new season. “I really enjoy shooting the Mess Hall meeting scenes. Arguing with Jon Snow about allowing the Wildlings to seek refuge at Castle Black, the election of Jon Snow as the new Lord Commander, the beheading of Janos Slynt, the Jon Snow scene and a couple of great scenes in Season 6 that of course cannot be discussed.”

You have to wonder what the consequences will be for Yarwyck and the others who plunged a knife into Jon Snow in the season 5 finale. With that new teaser poster, more than ever Jon is at the forefront of people’s minds.

“It’s not every day you’re shooting a historic scene in probably the biggest TV show ever, and of course the reaction to Jon Snow’s death was phenomenal!” the actor tells Newstalk. 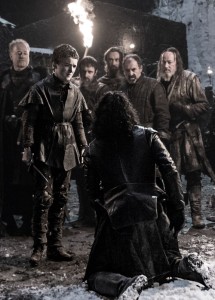 Thankfully, it doesn’t sound like Fortune got too much of a hard time from fans after helping kill Game of Thrones‘ leading man. “When the scene was fresh in people’s minds a couple of guys gave me a bit of a hard time verbally and I was called a bastard among other things by some ladies. Pretty tame stuff,” he says.

As for the crew and background cast of the show, the actor only has glowing words.

He says, “The camaraderie among the cast, crew and extras is terrific. The Night’s Watch extras are an amazing bunch, some of them have been with the show since day one. They travel from all over the country and abroad, sleeping in each others spare rooms, on couches and floors. On and off screen buddies. No, hand on heart, I can honestly say I love every being minute at Castle Black, it’s an honour.”

Fortune talks more about his acting career and keeping the secret of Jon Snow’s killing in Newstalk, so swing over there for the complete interview.