Brewery Ommegang to debut its latest Game of Thrones-themed ale this spring | Watchers on the Wall | A Game of Thrones Community for Breaking News, Casting, and Commentary 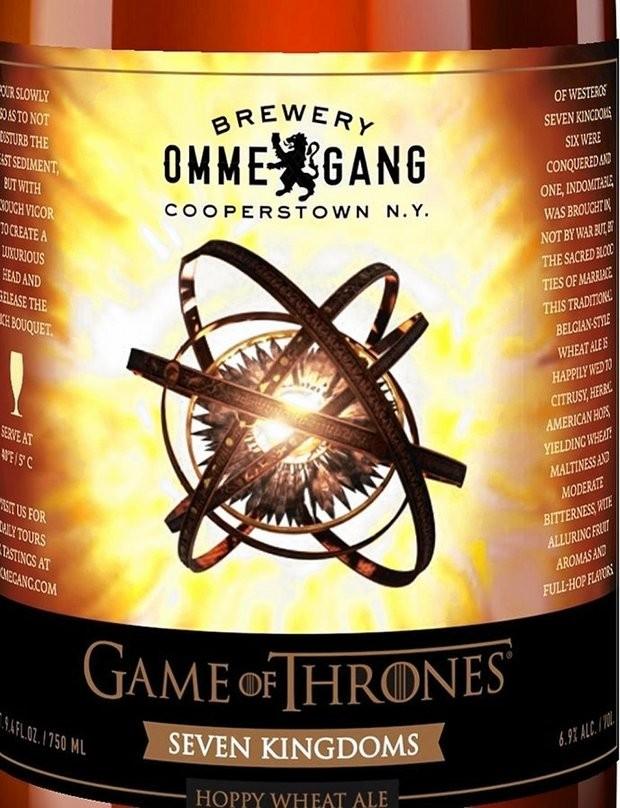 Good news! The drinks list for your Game of Thrones season premiere party just got longer. Brewery Ommegang has announced that they will debut their Seven Kingdoms Hoppy Wheat Ale this March … just in time for season 6!

Seven Kingdoms will be the sixth beer the brewery has made through its partnership with HBO, a collaboration that has also produced Iron Throne Blonde Ale, Take the Black Stout, Fire and Blood Red Ale, Valar Morghulis Dubbel Ale and Three-Eyed Raven Dark Saison Ale.

Brewery Ommegang describes Seven Kingdoms as “a marriage of a traditional Belgian-style wheat and a hop-forward American ale – but unlike so many of the marriages on the show, the resulting hoppy wheat is pleasant, playful and inspired. At 6.9% (alcohol by volume) it possesses a nuanced complexity that pairs nicely with the hop-forward characteristics that make it surprisingly refreshing.”

“This last season, the imaginativeness of the show was pretty astounding so we aimed for a beer that could hope to match that. A fusion of two wonderful styles was an idea that really excited our team.”

So, get ready. It’s always 5 o’clock somewhere in Westeros.