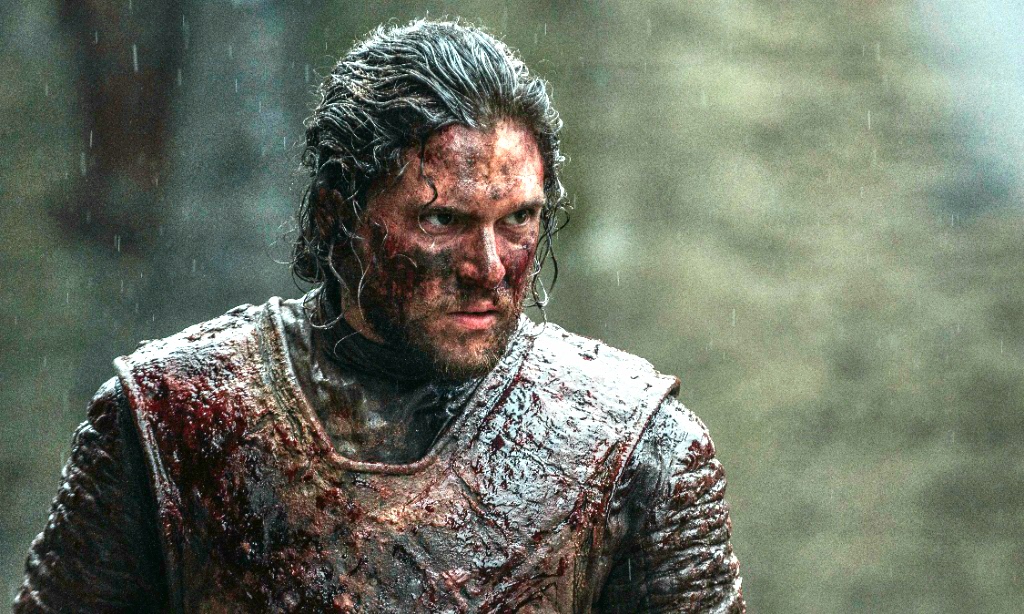 It’s fair to say we can expect lots of blood and gore in season eight. That’s just par for the course in Game of Thrones, isn’t it? Still, it’s nice to have confirmation! And that’s what we bring to you today, in the form of the aftermath of a battle we have seen glimpses of before … a battlefield filled to the brim with blood and piles of corpses! Spoilers ahead!

The Moneyglass shoot has finally come to a close. The Winterfell set has been active since late 2017, but it’s been particularly busy since late January, when filming for a gigantic battle sequence began. After more than two months, Moneyglass has wrapped for one last time, and we’re left with the aftermath of the vicious battle that took place: Oakleaf Photography swang by the Winterfell set and noticed a few unmistakable traces of the long battle shoot – namely, the blood all over the walls and the corpses beneath.


This is also the first time we get to see what’s mounted along the walls. These spiked contraptions are probably supposed to ward off climbers, but are they going to fight off soldiers with siege ladders … or perhaps a horde of the dead climbing over themselves?

So, filming in Moneyglass is over. Farewell, Winterfell! But there are still at least three months of filming left, so what’s the next stop for the cast and crew? That’d probably be Magheramorne Quarry, where that massive green screen set was quickly built, followed by the Titanic Studios King’s Landing set, which is taking almost half a year to complete. Don’t worry: in the coming months, we’ll keep you up to date on all these locations!