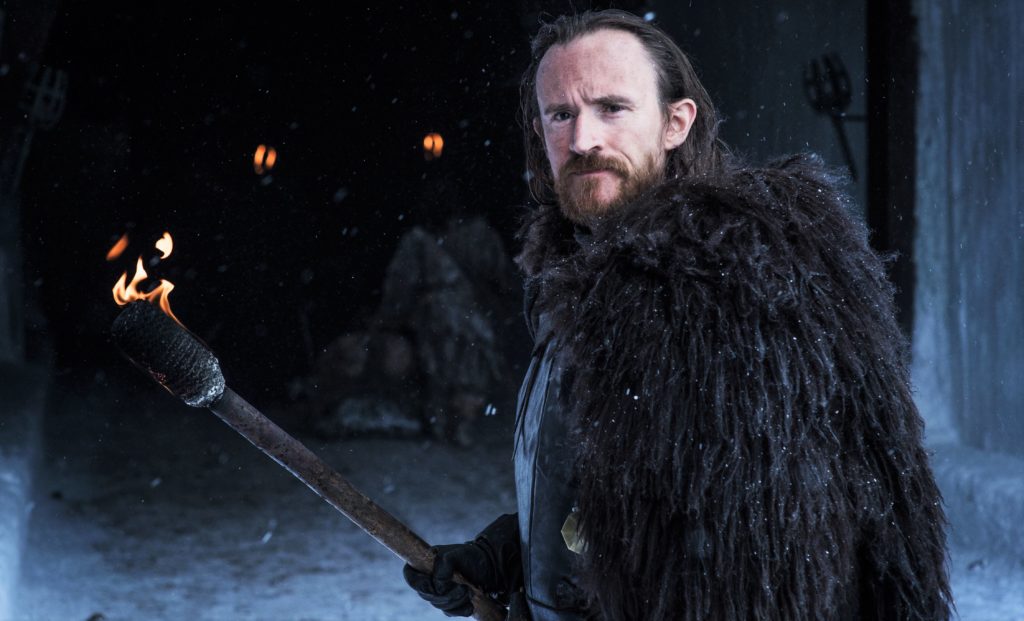 Edd Tollett was left in command of the Wall in season six with only one last order given by Jon: not to knock the Wall down while he was gone. Though through no fault of his own, that didn’t go so well, did it? Dolorous Edd is not a lucky man, though he is lucky enough to have survived until the end of the series. Or is he? Actor Ben Crompton has a few very Edd-like things to say about that, as well as about season eight as a whole.

Interviewed by Metro, Crompton admitted he was as pleased as he was surprised that his character had survived so long, though he is pretty sure Edd wouldn’t agree:

“I’m grateful and so is my mortgage. In a way I’m surprised just because, just for a character to have that longevity in a show where characters get killed off so regularly,” Crompton says. But for poor Edd, it’s a different story: “In a way it’s penance for him. He’s a character who, of all the characters, he’d be quite happy if he dropped off this mortal coil, and in a way it’s punishment for him to have to endure everyday life.”

But this story isn’t about him (a fact with which I’m sure Edd would be quite content.) There is a greater tale to tell in the remaining six episodes, and the big question seems to be whether the show will stick the landing or not. Crompton is, as ever, realistic about it: “Whatever we do there’ll be fans who love it and fans that won’t be satisfied. However [showrunners David Benioff and D.B. Weiss] choose to end the show there’s always going to be people who have their opinion about how the show should end.” That said, he adds that he’d be “surprised if people are disappointed because there’s a lot of effort and love gone into this, and I think it’s very satisfying. So hopefully everyone will agree.”

So, eschewing the greater end-game questions, what do you think about Edd’s fate in season eight? Is our favorite gloomy crow likely to survive the wars to come, much to his disappointment? If not, how do you imagine he will fall? Heroically? Comically? Grimly?