Behind the Battle of the Bastards, and what else we can expect | Watchers on the Wall | A Game of Thrones Community for Breaking News, Casting, and Commentary 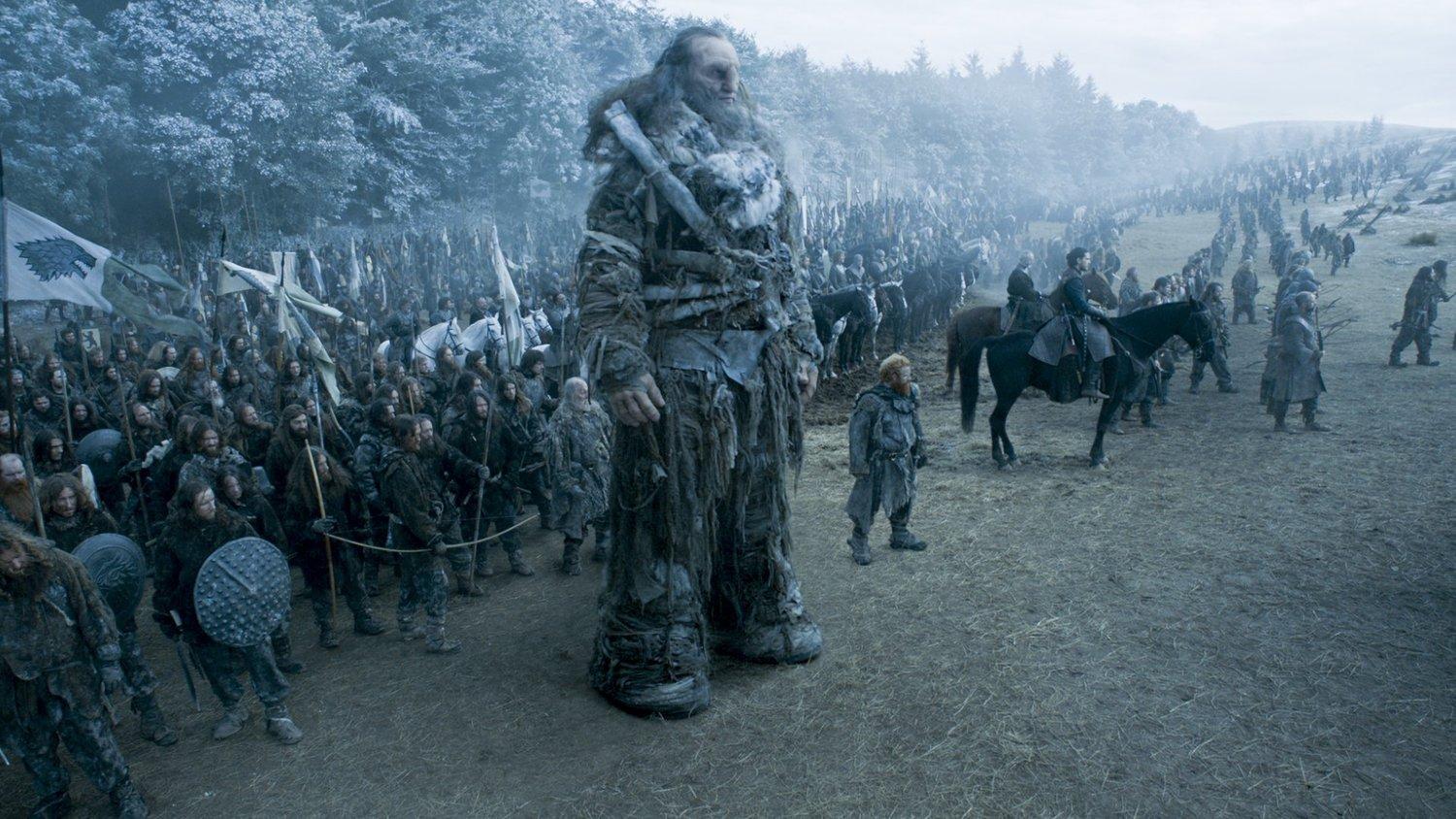 The next episode of Game of Thrones,  “Battle of the Bastards” featuring a clash between the Boltons and the Starks, was a massive undertaking and this week Entertainment Weekly goes behind the scenes of the show.

Expected to be an epic sequence, the Battle of the Bastards required a lengthy filming process. We followed it closely here, last fall, as the cameras rolled in Saintfield, Northern Ireland. According to EW, shooting on the battle took place over a period of 25 days, and that doesn’t include time spent filming other storylines included in the episode. It took 600 crew members, with 4 camera crews, to make it happen.

EW reports that 500 extras were needed to create the armies of the Northern houses at war. They say, “The armies were trained separately to create a competitve off-screen rivalry that would hopefully then become apparent on camera during the fighting scenes. Visual effects were then used to expand the armies into the thousands.”

The show used 70 horses and 25 stunt performers in the creation of the battle scenes, so I imagine we can look forward to some creative deaths and exciting stunts.

A slightly less sexy tidbit from EW: the 160 tons of gravel needed to fix the field where they filmed. It rains a lot in Northern Ireland, turning the grounds to mud. The gravel helps add traction to the surface.

There’s other news about “Battle of the Bastards,” today, and we mean the episode as a whole, not just the fighting sequence in the North. Back during season 6 filming, we’d seen some indication that there would be a Meereen scene in episode 9, but the previews and promotional material for episode 609 have focused entirely on the Battle of the Bastards.

Today, a magazine article surfaced, finally confirming in print what was long suspected: we will see Daenerys and her companions in Meereen, this Sunday night. Joanna Robinson of Vanity Fair shared this spoiler-containing image on Twitter:

As Jon Snow and Ramsay Bolton do battle in the North, elsewhere in the Seven Kingdoms it’s the female characters who look the most likely to rule Westeros as season six comes to a close.

This week’s episode sees Yara Greyjoy and her brother Theon finally make it to Meereen where the Ironborn warrior finds an admirer in Daenerys.
“That’s the beauty of the show,” says Emilia Clarke, who plays Daenerys. “As women, we accept our femininity and take strength from it.”

So we can look forward to Greyjoy action, and another huge moment with Daenerys meeting more people from Westeros!