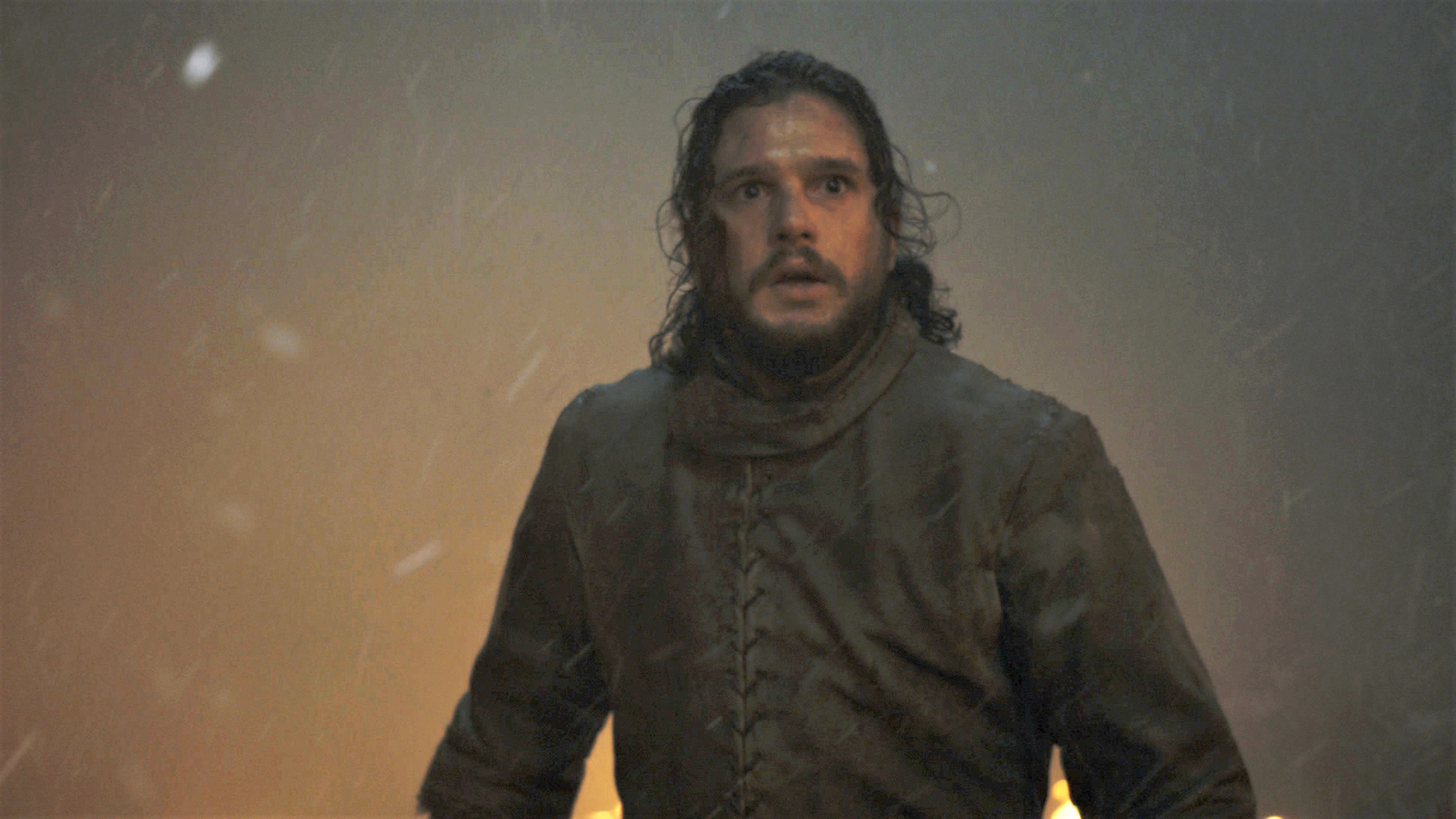 Our hearts are sure to be broken this coming Sunday when the Battle of Winterfell between the living and the dead finally hits our screens, after so much dread and anticipation. A few days before, here are the cast and crew, including episode director Miguel Sapochnik, to tell us what we should expect from the upcoming battle…

At The Hollywood Reporter, Game of Thrones writer and co-producer Bryan Cogman teases the upcoming battle at Winterfell for which his heartfelt “A Knight of the Seven Kingdoms” episode did much of the heavy lifting to emotionally prepare us:

“This is the dread coming to your door,” Cogman paints a dramatic picture, as if telling a scary story by the campfire. “The White Walkers and the Night King are the end personified. Whatever that means to you, that’s what you’re going to see next week.”

“This was a part of the story we invested a lot of time in to get right,” he says. Cogman’s not just proud of the battle’s conception, though, but of its production as well: “[T]he effort put in by our crew and our cast… is absolutely unparalleled and unprecedented — and I’m going to go so far as to say in the history of filmed entertainment.”

“I’ve worked a lot with [director Miguel Sapochnik], because we did ‘Hardhome’ and ‘Battle of the Bastards’ together. When you’ve starred in sequences like that, it’s like you’re climbing a mountain,” corroborates Kristofer Hivju, the Norwegian actor behind one of the (unfortunately) likely victims for this Sunday’s episode, Tormund Giantsbane.

“We knew we had 56 night shoots in front of us. We were going into two or three months of night shoots. That’s pretty intense,” Hivju says, highlighting the challenging production behind the upcoming battle episode. “Miguel was the greatest commander-in-chief you could find. He literally had huge armies around him. He’s trying to make this all fit together. Some days, we were 900 people at lunch. It was just crazy. I haven’t seen the episode, so I really don’t know. But I think it will be pretty intense.” 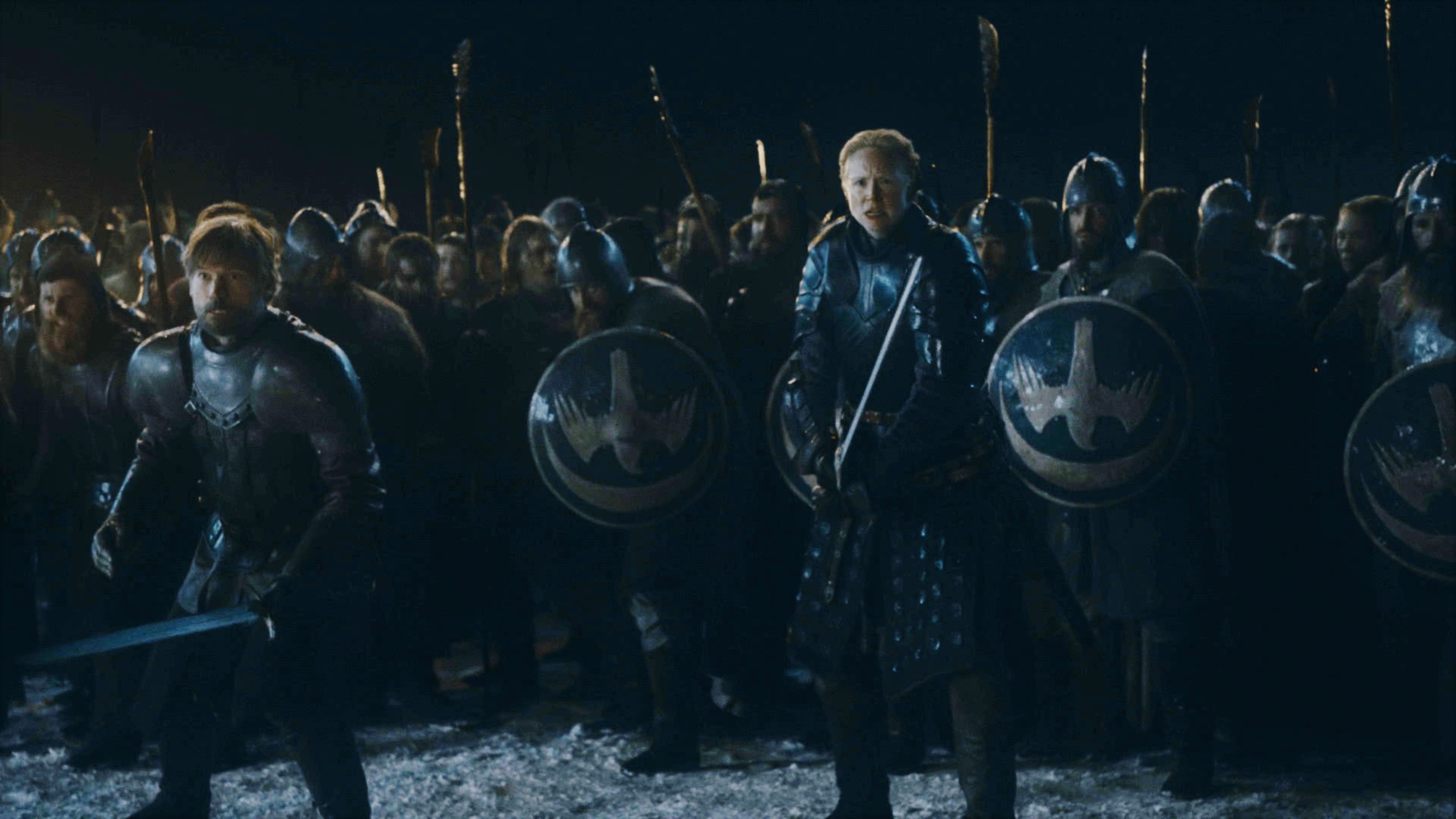 “I’ve been working on it since June of 2017,” Miguel Sapochnik, director of this season’s episodes three and five, tells James Hibberd at Entertainment Weekly. “I’m shooting for seven and a half months, which is like 130 days, which is longer than most of the big movies that get made. So in terms of the amount of work, it’s been 6 and 7-day weeks, 16-to-18 hour days and, yeah, it’s a lot. I knew that was a lot when I came on board.”

“As usual, the scripts are bigger than what we actually end up making. The process of whittling it down took longer this time,” the director admits. “Because [showrunners and writers] David [Benioff] and Dan [Weiss] wanted everything. We all want everything but we were up against the reality of what we could achieve in the time we had.”

If you were worried this battle will be an emotionally disconnected one-hour murder-fest, don’t you worry. Though the action is promised to be out of this world, Sapochnick insists it will be focused on characters, as anything else would make it tiresome:

“The thing I’ve put the most hours into was is… how to not have an audience feel battle-fatigue. After 20 minutes of watching a battle, you’re over it. So how do you stop it from being a battle in that sense?”, he asks rhetorically, before answering his own question: “It feels like the only way to really approach it properly is take every sequence and ask yourself: ‘Why would I care to keep watching?’ One thing I found is the less action — the less fighting — you can have in a sequence, the better. We also switch genres. There’s suspense and horror and action and drama and we’re not stuck in killing upon killing because then everybody gets desensitized and it doesn’t mean anything.”

Despite these “switches” in genre, Sapochnik mainly sees the episode as “survival horror.” Am I being too naïve if I admit I hope the emphasis is on the “survival” part?

In the original interview at EW, Sapochnik reveals a few other tidbits, such as the fact that he was originally going to direct episode four as well, and that episodes three-to-five play like a single story, “a complete piece with a beginning middle and end.”