Akash of the Andals - Watchers on the Wall 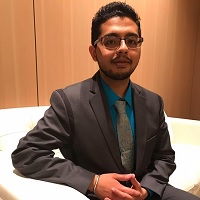 Akash first discovered Game Of Thrones with the second episode of the series, “The Kingsroad.” The ending with Lady scandalized him to the core and he had to see Joffrey and Cersei get punished for their absolute awfulness. One season later, he devoured all five of the books over the course of a single summer and then waited for several years like so many to see how Jon would be brought back to life. He enjoys both the books and the television series. His five favorite characters are Oberyn Martell, Margaery Tyrell, Samwell Tarly, Olenna Tyrell, and Sansa Stark.

Akash is an avid reader and writer. He enjoys fantasy, science fiction, and nonfiction written with novel-style prose. He critiques television episodes and the occasional film on his site The Film Chronicles in order to garner a stronger grasp of storytelling. He is currently in the process of working on a seven-part fantasy series that critiques colonialism and the racial and class attitudes and prejudices that accompany it. He is done with the first book and hopes to have concrete updates on the works soon. His fiction material for now can be found on his personal site.

In his professional existence, Akash is a Post-Baccalaureate Biology student at Portland State University. He is doing atmospheric chemistry research at STAR Labs (he would like to note that he is not responsible for the cheesiness of that acronym) and is a member of the Climate Action Network at the Institute of Sustainable Solutions. He writes environmental policy and organizes with Neighbors for Clean Air, the Center for Sustainable Economy, and for the Cleaner Air Oregon initiative of Oregon Governor Kate Brown.