Art Parkinson, Isaac Hempstead Wright and Owen Teale talk "Oathbreaker" and the future | Watchers on the Wall | A Game of Thrones Community for Breaking News, Casting, and Commentary 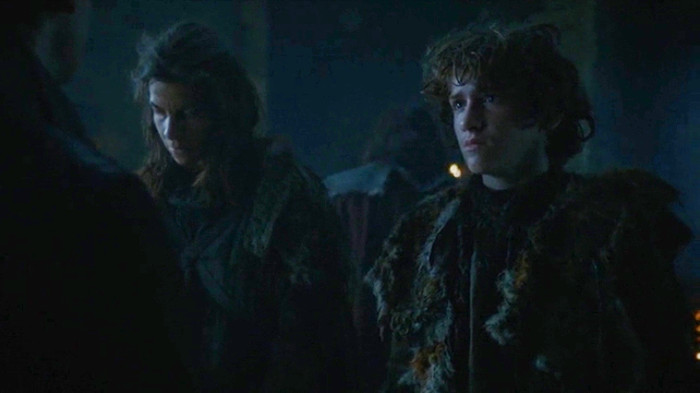 We have a few more interviews rounded up for our readers today, examining “Oathbreaker” and the aftermath of the latest episode of Game of Thrones. Isaac Hempstead Wright and Art Parkinson hint at what’s in store for the Stark brothers in season 6, and the departing Owen Teale talks about his time with Game of Thrones.

For those doubting what they saw with their own eyes on Sunday night’s new episode of Game of Thrones, Art Parkinson has some bad news: Rickon Stark’s beloved Shaggydog is definitely dead.

“Uh, yeah, I’d say so,” the actor told The Huffington Post. “It was a little bit disappointing because, you know, looking at the dogs we had on set… and that you’d never really get to hang out with them again. When I read that Shaggydog was dead, I was definitely a little upset.”

HuffPo asks if we’ll find out why Rickon is still in the North, and Parkinson evades spoilers, replying “Yeah, I’d say you will find out, but again, there’s not too much I can give away at the minute.”

Parkinson discusses working with Iwan Rheon and the direwolves in the interview, and ultimately says, “I think if Rickon does go down, there will definitely be a fight in it. Rickon’s quite a tough character, so I would definitely expect a fight.”

He adds, on the subject of what to expect from his character this year, “It’s definitely going to be an interesting season, and to keep an eye out for the little details.”

As for season 6, we can also expect “Dangerous times,” as Parkinson tells the Hollywood Reporter while discussing the developments of “Oathbreaker” and his “very new, feral Rickon.” The young actor shares some of Rickon’s mindset from the moment Shaggydog’s severed head was revealed.

“I think he’s a little bit wary of the situation and taking his surroundings into account. When Shaggydog’s head is brought in, then I think he’s…not afraid, but more anger that’s built up. There’s some shock for a minute, and then it’s pure anger.”

He speaks of Rickon’s predicament and describes the interactions between Rickon and Ramsay as an “intense relationship.”

“Rickon has a lot of fight in him, so he’s someone who will stand up for himself and try as hard as he can against him,” Parkinson tells THR. “[Iwan Rheon] is brilliant. It’s great whenever you have someone you’re able to work off of, someone who’s so intimidating staring down at you. It really gets you into the mind-set of Rickon.”

There’s much more in the article so check out the complete interview at the Hollywood Reporter. 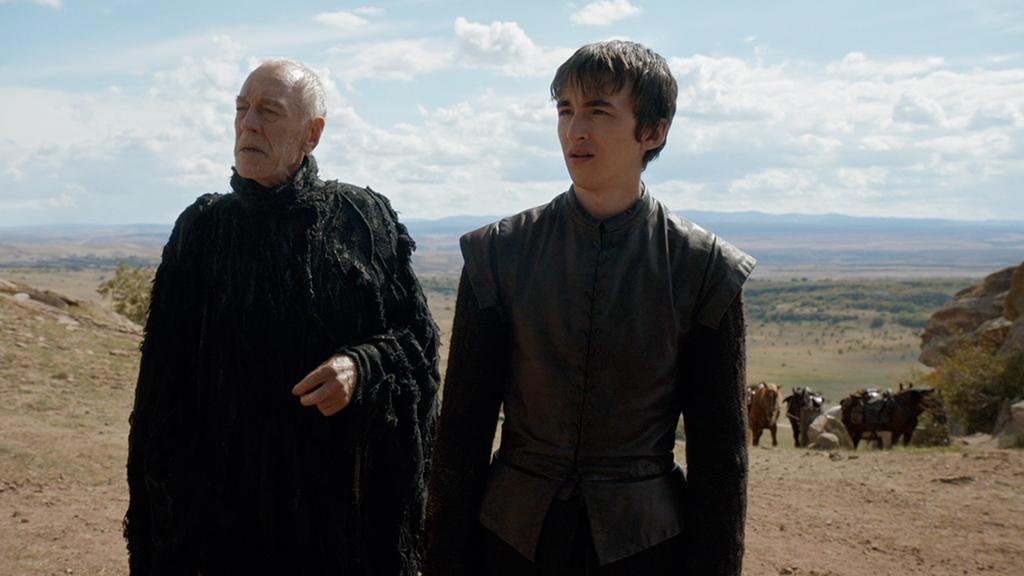 Art’s co-star and onscreen brother Isaac Hempstead Wright speaks with the Hollywood Reporter this week as well. It’s been a big season for Bran Stark so far, with him stepping into the past each episode he appears in, and it seem as though his story will keep dropping these huge moments throughout the season.

The actor explains, “Every single vision, you’re learning something new, and you’re seeing a real bombshell. That’s what we’ll see in the next few episodes. There are no visions where we’re like, ‘Oh, well, cool, we kind of already knew that anyway.’ Every time it’s like, ‘Oh, wow! That’s extraordinary!’ There are a couple of visions coming up that I’m really excited to see”

In “Oathbreaker,” Bran witnessed his father taking part in the legendary fight at the Tower of Joy and saw that the events didn’t go down quite as he always heard or assumed they did. Hempstead Wright shares his perspective on the event:

Yeah, as far as he’s known, his father has been nothing but completely honorable and kind and generous and a good man. So Bran’s watching this fight, expecting it to go one way, with his father coming in to save the day. And there’s this great line where Bran says something like: “But father wins! I’ve heard the story a thousand times!” And clearly someone’s been lying. Bran sees that it was a dirty backstabbing, and that’s quite shocking for Bran. It’s a totally different side to his father that he hadn’t quite been exposed to before. All the sudden, here he is. His hero isn’t all that he’s quite cracked up to be, necessarily. It also raises some questions. There’s no arguing the fact that Ned was a good man, so whatever forced him to fight in that dishonorable way clearly must have been something quite enormous. It raises the question of why he did that, and what does it mean for the rest of us?

The new ability Bran demonstrates at the Tower of Joy may affect the dynamic between Bran and the Three-Eyed Raven. Not only can Bran look into the past, but he may be able to change it, if he’s able to reach out and speak to people as shown by Bran calling out to his father in the episode. Hempstead-Wright says, “I think it suddenly presents a bunch of new challenges for the Raven. He’s not only just trying to keep this teenager under control, but now he has a sort of time-traveling teenager to keep under control.”

There are more details and thoughts on the issue in THR, so check it out at the source! 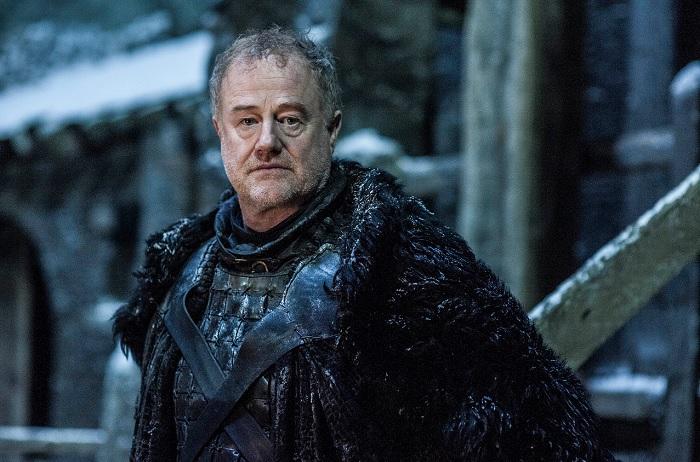 One of this week’s casualties, Owen Teale who played the hated Ser Alliser Thorne, talks with Vulture. The actor discusses the mechanics of the hanging, including the show’s deliberate choice to show the men hanging with a shorter rope so they would be strangling on their nooses rather than breaking their necks. The choice of a slower execution method was meant to send a message, apparently.

As I remember, the speech that I give to Jon Snow, explaining the way I’ve lived my life — ‘I fought, I lost, and now I will rest’ — he seems at peace about that. But when the moment comes, and you’re dangling, you can’t help but fight to live. It’s important to see them suffer before they actually die, because as Jon Snow sees it it’s insurrection. It’s treason, what they’ve committed. It’s important to see them suffer, as a message to anybody else who might be thinking of doing the same.

On being Alliser Thorne and part of Game of Thrones as a whole, Teale says:

I didn’t enjoy being him. I couldn’t wait until the end of the day to go off and have a drink with Kit [Harington], and have a laugh. But maybe I miss it. Maybe it’s not Alliser I miss, but the size of what we were doing, the sets, the sense of collaboration. It’ll be interesting to see what Jon Snow will do next. Part of his vision and part of his fight was to beat down the old regime, and now that it’s gone he’s got nobody to blame. He’s on his own.

Visit Vulture to read more of Teale’s thoughts on his time with Game of Thrones!