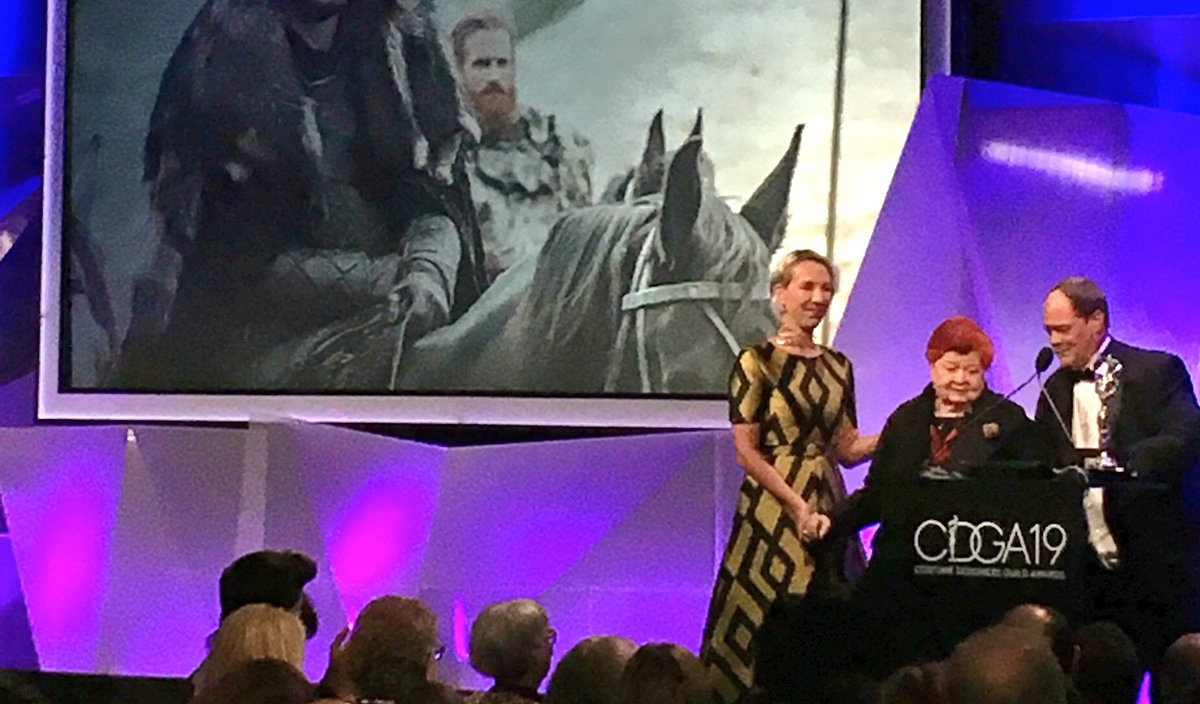 A few days ago it was time for the makeup artists and hair stylists to shine, and today it’s the costume designers’ turn. In January, we learned the Costume Designers Guild had nominated Game of Thrones in its usual category, and yesterday the results were revealed at the red carpet, black-tie award show, held at the Beverly Hilton Hotel in LA.

Usually, Michele Clapton alone heads the show’s amazing costume team, but for season six she took a leave of absence and April Ferry took her place. However, Clapton returned before season seven: she took over in the last two episodes, most notably on the design for Cersei’s regal dress. Because of this, Ferry and Clapton shared their nomination for season six, in the category of Outstanding Fantasy Television Series.

In yesterday’s celebration of the 19th Costume Designers Guild Awards, April Ferry and Michele Clapton went home with a well-deserved award for their joint work:

Ferry is a GoT newcomer, but this was Clapton’s and the show’s third consecutive win. And believe it or not, Clapton won another award last night, this time for The Crown:

Wow! Thrilled beyond words for our brilliant Michele Clapton for 2 #CDGA19 awards for #GOT and #thecrown pic.twitter.com/vULDZYGw5C

Together they beat J.R. Hawbaker (The Man in the High Castle), Eduardo Castro (Once Upon a Time), Mairi Chisholm (Sleepy Hollow), and Eulyn C. Womble (The Walking Dead.) Though I must admit we may be a tiny bit biased here on Watchers on the Wall, I feel this was a no-brainer: Clapton has always been incredible at immersing us in the world of George R.R. Martin, and Ferry took the baton seamlessly. Congratulations to them both!