Game of Thrones has added another young actor to its season 6 roster. According to a Facebook posting by the Belfast School of Performing Arts, their student Michael Nevin has “gained a substantial role” on the show.

Universal Youth Agency, who represents Nevin, also posted about his casting, confirming that he “will be shooting for two weeks on Game of Thrones.” 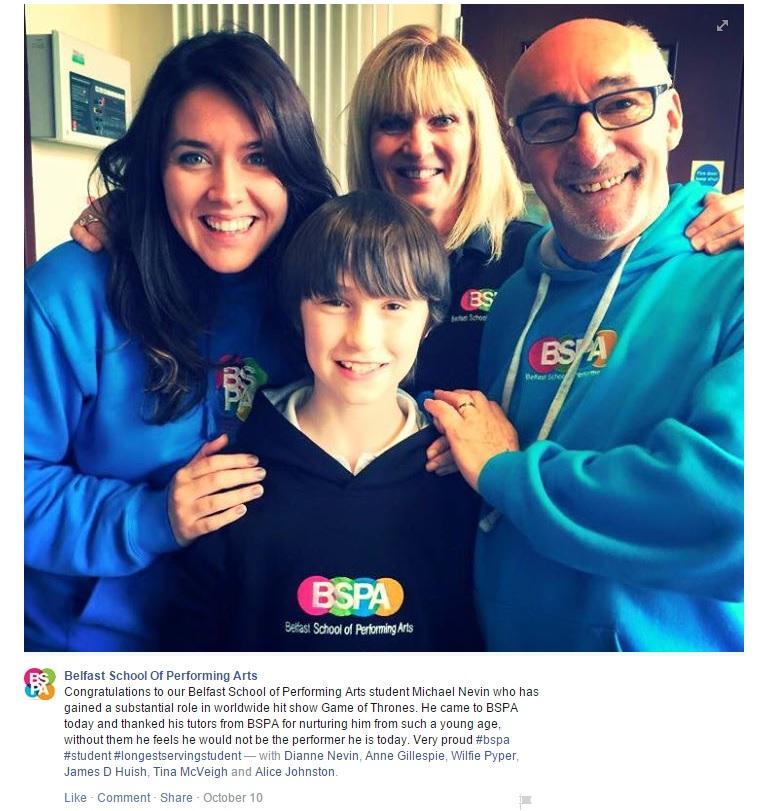 It’s not known at this time what part the young actor has on Game of Thrones. While there were casting breakdowns for boys earlier this year, the flashback scenes involving those characters were filmed in August.

With Game of Thrones moving mostly beyond the books in season 6, it’s wide open who this boy could be playing. With two weeks of filming, he could be in more than one episode, or it could be one episode with a few scenes. It all depends on the filming schedule and the type of scenes being shot at the time he’s working.

Thanks to WotW reader Matthew for the heads-up!